California is nothing like England! What is with this heat? Ughhhhhh, i actually miss the rain haha! I know, it should be the other way round, but i don’t like getting sweaty... although i do love to get my rugby sweat on... oh i’m sorry, i mean ‘football’ for my American friends.

I got here a two weeks before starting school, so i had time to make friends with what i think will be my two best friends, Samantha and Joe.

I walked through the car park, admiring all the spoiled children’s top of the range sports cars pulling in to park. I mean come on parents, handing your children everything on a silver platter will only make them more spoiled and not appreciate the little things in life... but how i envied them!

“owwwww” I was knocked, hard, out of my thoughts. I turn to beat the guy who dared to drive his car into my leg... until i bestowed my eyes upon the mother of all sports cars, a silver BMW hybrid sports car!!! Ahhhhhh!! I had only heard legends that they were starting to sell them, but i didn’t think your average Joe could start buying them... but then again there was nothing average about the students here... or the driver, Ian Marsh!

I wiped the drool from my chin, and aggressively flew my arms up meaning ‘what’s your problem’ then carrying on, past the lunch tables outside and up the stairs into the hell hole, also known as school!

Samantha and Joe were already waiting for me at my locker and i was happy to see them first thing on my first ever day at an American high school!

“Sam! Joe!” I embraced them both into a tight hug

“Mia!!!” they both shouted back as we sucked the air out of each other.

“So what have you got first?” I asked, hoping and praying that at least one of them would be in my lesson!

“erm...” they both rustled through their class schedules.

“I have sports! Oh yeah!!” Joe fist pumped the air because he love rug..football, just as much as i did.

“I have DRAMA!!!!” Sam practically screamed the last part, but no one can argue... she is dramatic!

“so what do you have Mia?” Joe questioned, trying to ignore Sam as best as we both could. Oh i had forgotten to check myself.

I rustled through my panda styled back pack in search for my time table. I found the sheet in the corner of my bag and as i lifted it into the light...

“i have...” I couldn’t speak, my face went numb! Why does this only happen to me? “nooo! Maths! Ughhhh! Just my luck”

I swung my head down with misery and began to fake cry by shaking my shoulders furiously up and down.

Joe and Sam each took a shoulder to sympathetically fake pat me better and we all broke out into laughter. Wow, i had only known these two for two weeks and yet i feel as though they know me better than any of my friends back home!

I looked at them both in admiration as they laughed and talked between themselves. Sam’s deep brown eyes danced with joy at Joes jokes. Her sun kissed skin cheeks had cute dimples and her light pink lips perfectly circled her perfect white teeth. She had a body like mine, petite and curvy but i was 5ft7, and she was 5ft5.

But that was nothing as we were shadowed by Joe’s 6ft muscular body, thanks to all his days playing football. He was quite handsome with his knock out smile, dirty blond hair like mine that he spiked and brown eyes.

The bell rang and as the halls cleared we said our goodbyes and made our way to class. I had only got halfway down the hall before i was lost! i had no idea where i was going and i had forgot to ask Sam or Joe for help, GREAT!

I wondered the halls for a while, looking down at my class time table trying to figure out the door number system until i walked into a wall, making me lose my balance and i landed on my arse! owwwww! Could my day get any worse!!

I looked up to find it wasn't a wall, but a tall, maybe 6ft 4 Ian Marsh and he was hot! My eyes slowly made their way up his god like physique, from his tight black top showing off his hard muscles beneath and up to his face. wow, he must have been a model with a face like that! He had a defined jaw and cheek bones, light haze eyes that could melt your heart.. as it did to mine… and not forgetting those lush pink lips, so so so.. kissable! I just wanted to run my fingers through his short, rough black hair and pushing his lips roughly onto mine!!

He had sun kissed skin, which seemed to be a running theme to those who lived in California! how i envied them with my pale skin.. gee thanks horrible English weather!!

A little grin appeared on his face, crap, he had noticed me staring! I shook my head to force myself from my daydream…

“hay watch were you’re going!” I tried to act cool, to cover up for my embarrassment of both falling on my arse in front of the oh so popular captain of the football team and checking him out! I got up and dusted myself off, but keeping my face down as heat rushed to my cheeks and i started to blush from the memories of his body!!

“i was standing still, you’re the one that walked into me!” He put his hands up in a defensive way and his smile grew wider.

“Whatever, i just need to get to class!” I tried to push passed him but failed when he snaked an arm around my waste.

“wow, wait a sec little monkey, is that a British accent i can hear..?” His smile was now splitting his face in half. But i didn’t listen to him, i was too busy trying to release myself from his grasp... wait,

“did you just call me monkey!?!” i pulled back and faced him, anger in my voice and i waved my finger in his face.

“yep, definitely British! You have just gotten sexier, if that were possible!” I looked at him confused as he looked me up and down, basically eye raping me. He stared at my face, at my deep dark blue eyes. I started to feel a bit awkward so I tucked my long dirty blond hair behind my ear and focused on the floor, trying to hide the heat that was rushing to my cheeks.. he thinks i'm sexy?

I had a heart shaped face, high cheek bones and big eyes, too big for my petite body! Although I was small, I was doing great in the breast department and thanks to the many years playing football, my body was a little muscular.. I didn’t have hideously muscly arms, but instead I had a nice 6 pack!

After I had composed myself, cooling down, I went for my escape again! He moved his hand out in front of me but I swiftly dodged and ran down the halls

“bye monkey!” I heard him shout down the halls after me.. why monkey? He was really starting to piss me off!! I stopped at the double doors at the end of the halls,

“Bye prick!” I shouted and turned on my heal, walking away until he shouted for my attention again,

“You’ll regret saying that, monkey!” What!?! He will regret ever calling me ‘monkey’! he is really pissing me off now! And if he thinks I will fall at his feet like every other girl in school, then he will have to think again!

Feeling confident I shouted back, “Bring it!!!” Oh crap, did I really say that! After seeing his cheeky smiling face that said ‘challenge accepted’ all over it, I was actually scared.. what could he do? I shook my head, I had to concentrate on getting to class!

I was talking to Aaron when a small but sexy girl bumped into me! I was angry at first, but after I saw her deep blue eyes checking me out I had… fallen for her! When her eyes had met mine, it felt as though she was looking deep into my soul and I instantly relaxed around her! I have never felt like this before.. was this what they call love at first sight?

When she had realised I had noticed her checking me out her cheeks turned red on her perfect heart shaped face surrounded by dirty blond hair and those lips… I just wanted to taste those lips! I’ve decided, I was going to make her mine, and I always get what I want!

“hay watch were you’re going” oh, she’s a feisty one.. I like challenges!

“i was standing still, you’re the one that walked into me!” I put my hands up in a defensive way and couldn’t resist smiling at her, maybe it came out a bit rude, but I wanted to test how far she would dare to take this.. or if she would just cave straight away, like most girls do because of either my looks or my money!

“Whatever, i just need to get to class!” It disappointed me that she was giving up so quickly.. guess she’s just like the others, that’s disappointing.. because she’s hot!!

But wait… what accent is that? Is that British, oh I love accents on women, even more so the British one!! She tried to escape, but I loved playing with her, and I wanted to hear her talk more! So I wrapped my arm around her waist… this sent electric shocks through my body, just from touching her… this isn’t like me!

“wow, wait a sec little monkey, is that a British accent i can hear..?” I have her my best smile to see what I usually see, girls fall at my feet.. but this was different, she fought back!

“did you just call me monkey!?!” She pulled back from my grasp to face me, waving her long finger in my face, wow even her fingers were attractive!!

“yep, definitely British! You have just gotten sexier, if that were possible!” the words escaped my mouth before I could stop them! I don’t ever slip up like this.. I always played it smooth!

My remark seemed to have angered her, and after she had cooled down she went to escape again… but I wasn’t done! I lifted my arm to block her, but she swerved it and ran down the hall! I froze! That shocked me.. that was a quicker response than most of the guys on my football team, I’m… impressed!! I shook my head…

“bye monkey!” I shouted down the hall after her, making her stop before she walked through the double doors… I did not expect what she was going to say next!

“Bye prick!” she shouted back! I was wrong… she does bite back! She turned away again… 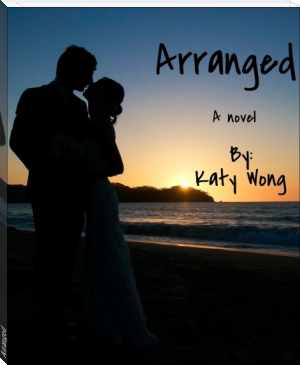 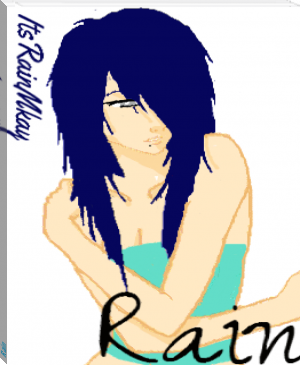 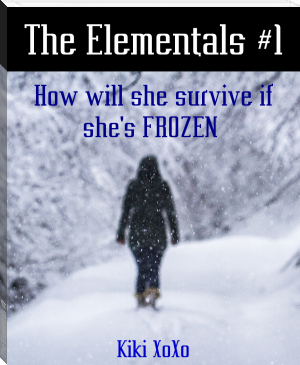 Shut Out by Kody Keplinger (the read aloud family .txt) 📕 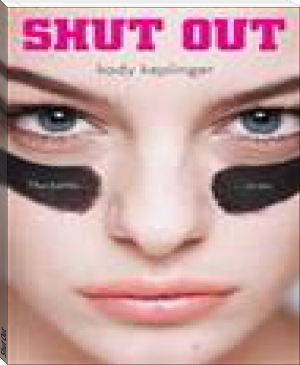