The Project Gutenberg eBook, The Elements of Drawing, by John Ruskin

Title: The Elements of Drawing

In Three Letters to Beginners

***START OF THE PROJECT GUTENBERG EBOOK THE ELEMENTS OF DRAWING***

Transcriber's note: One typographical error has been corrected. It appears in the text like this, and the explanation will appear when the mouse pointer is moved over the marked passage.

Library Edition THE COMPLETE WORKS OF JOHN RUSKIN ELEMENTS OF DRAWING AND
PERSPECTIVE
THE TWO PATHS
UNTO THIS LAST
MUNERA PULVERIS
SESAME AND LILIES
ETHICS OF THE DUST NATIONAL LIBRARY ASSOCIATION NEW YORK CHICAGO
THE ELEMENTS OF DRAWING IN THREE LETTERS TO BEGINNERS. CONTENTS.   page Preface ix LETTER I. On First Practice 1 LETTER II. Sketching from Nature 65 LETTER III. On Color and Composition 106 APPENDIX I. Illustrative Notes 183 APPENDIX II. Things to be Studied 188

["The Elements of Drawing" was written during the winter of 1856. The First Edition was published in 1857; the Second followed in the same year, with some additions and slight alterations. The Third Edition consisted of sixth thousand, 1859; seventh thousand, 1860; and eighth thousand, 1861.

Mr. Ruskin meant, during his tenure of the Slade Professorship at Oxford, to recast his teaching, and to write a systematic manual for the use of his Drawing School, under the title of "The Laws of Fésole." Of this only vol. i. was completed, 1879; second edition, 1882.

As, therefore, "The Elements of Drawing" has never been completely superseded, and as many readers of Mr. Ruskin's works have expressed a desire to possess the book in its old form, it is now reprinted as it stood in 1859.]

ADVERTISEMENT TO THE SECOND EDITION.

As one or two questions, asked of me since the publication of this work, have indicated points requiring elucidation, I have added a few short notes in the first Appendix. It is not, I think, desirable otherwise to modify the form or add to the matter of a book as it passes through successive editions; I have, therefore, only mended the wording of some obscure sentences; with which exception the text remains, and will remain, in its original form, which I had carefully considered. Should the public find the book useful, and call for further editions of it, such additional notes as may be necessary will be always placed in the first Appendix, where they can be at once referred to, in any library, by the possessors of the earlier editions; and I will take care they shall not be numerous.

i. It may perhaps be thought, that in prefacing a manual of drawing, I ought to expatiate on the reasons why drawing should be learned; but those reasons appear to me so many and so weighty, that I cannot quickly state or enforce them. With the reader's permission, as this volume is too large already, I will waive all discussion respecting the importance of the subject, and touch only on those points which may appear questionable in the method of its treatment.

ii. In the first place, the book is not calculated for the use of children under the age of twelve or fourteen. I do not think it advisable to engage a child in any but the most voluntary practice of art. If it has talent for drawing, it will be continually scrawling on what paper it can get; and should be allowed to scrawl at its own free will, due praise being given for every appearance of care, or truth, in its efforts. It should be allowed to amuse itself with cheap colors almost as soon as it has sense enough to wish for them. If it merely daubs the paper with shapeless stains, the color-box may be taken away till it knows better: but as soon as it begins painting red coats on soldiers, striped flags to ships, etc., it should have colors at command; and, without restraining its choice of subject in that imaginative and historical art, of a military tendency, which children delight in, (generally quite as valuable, by the way, as any historical art delighted in by their elders,) it should be gently led by the parents to try to draw, in such childish fashion as may be, the things it can see and likes,—birds, or butterflies, or flowers, or fruit.

iii. In later years, the indulgence of using the color should only be granted as a reward, after it has shown care and progress in its drawings with pencil. A limited number of good and amusing prints should always be within a boy's reach: in these days of cheap illustration he can hardly possess a volume of nursery tales without good wood-cuts in it, and should be encouraged to copy what he likes best of this kind; but should be firmly restricted to a few prints and to a few books. If a child has many toys, it will get tired of them and break them; if a boy has many prints he will merely dawdle and scrawl over them; it is by the limitation of the number of his possessions that his pleasure in them is perfected, and his attention concentrated. The parents need give themselves no trouble in instructing him, as far as drawing is concerned, beyond insisting upon economical and neat habits with his colors and paper, showing him the best way of holding pencil and rule, and, so far as they take notice of his work, pointing out where a line is too short or too long, or too crooked, when compared with the copy; accuracy being the first and last thing they look for. If the child shows talent for inventing or grouping figures, the parents should neither check, nor praise it. They may laugh with it frankly, or show pleasure in what it has done, just as they show pleasure in seeing it well, or cheerful; but they must not praise it for being clever, any more than they would praise it for being stout. They should praise it only for what costs it self-denial, namely attention and hard work; otherwise they will make it work for vanity's sake, and always badly. The best books to put into its hands are those illustrated by George Cruikshank or by Richter. (See Appendix.) At about the age of twelve or fourteen, it is quite time enough to set youth or girl to serious work; and then this book will, I think, be useful to them; and I have good hope it may be so, likewise, to persons of more advanced age wishing to know something of the first principles of art.

iv. Yet observe, that the method of study recommended is not brought forward as absolutely the best, but only as the best which I can at present devise for an isolated student. It is very likely that farther experience in teaching may enable me to modify it with advantage in several important respects; but I am sure the main principles of it are sound, and most of the exercises as useful as they can be rendered without a master's superintendence. The method differs, however, so materially from that generally adopted by drawing-masters, that a word or two of explanation may be needed to justify what might otherwise be thought willful eccentricity.

v. The manuals at present published on the subject of drawing are all directed, as far as I know, to one or other of two objects. Either they propose to give the student a power of dexterous sketching with pencil or water-color, so as to emulate (at considerable distance) the slighter work of our second-rate artists; or they propose to give him such accurate command of mathematical forms as may afterwards enable him to design rapidly and cheaply for manufactures. When drawing is taught as an accomplishment, the first is the aim usually proposed; while the second is the object kept chiefly in view at Marlborough House, and in the branch Government Schools of Design.

vi. Of the fitness of the modes of study adopted in those schools, to the end specially intended, judgment is hardly yet possible; only, it seems to me, that we are all too much in the habit of confusing art as applied to manufacture, with manufacture itself. For instance, the skill by which an inventive workman designs and molds a beautiful cup, is skill of true art; but the skill by which that cup is copied and afterwards multiplied a thousandfold, is skill of manufacture: and the faculties which enable one workman to design and elaborate his original piece, are not to be developed by the same system of instruction as those which enable another to produce a maximum number of approximate copies of it in a given time. Farther: it is surely inexpedient that any reference to purposes of manufacture should interfere with the education of the artist himself. Try first to manufacture a Raphael; then let Raphael direct your manufacture. He will design you a plate, or cup, or a house, or a palace, whenever you want it, and design them in the most convenient and rational way; but do not let your anxiety to reach the platter and the cup interfere with your education of the Raphael. Obtain first the best work you can, and the ablest hands, irrespective of any consideration of economy or facility of production. Then leave your trained artist to determine how far art can be popularized, or manufacture ennobled.

vii. Now, I believe that (irrespective of differences in individual temper and character) the excellence of an artist, as such, depends wholly on refinement of perception, and that it is this, mainly, which a master or a school can teach; so that while powers of invention distinguish man from man, powers of perception distinguish school from school. All great schools enforce delicacy of drawing and subtlety of sight: and the only rule which I have, as yet, found to be without exception respecting art, is that all great art is delicate.

viii. Therefore, the chief aim and bent of the following system is to obtain, first, a perfectly patient, and, to the utmost of the pupil's power, a delicate method of work, such as may insure his seeing truly. For I am nearly convinced, that when once we see keenly enough, there is very little difficulty in drawing what we see; but, even supposing that this difficulty be still great, I believe that the sight is a more important thing than the drawing; and I would rather teach drawing that my pupils may learn to love Nature, than teach the looking at Nature that they may learn to draw. It is surely also a more important thing, for young people and unprofessional students, to know how to appreciate the art of others, than to gain much power in art themselves. Now the modes of sketching ordinarily taught are inconsistent with this power of judgment. No person trained to the 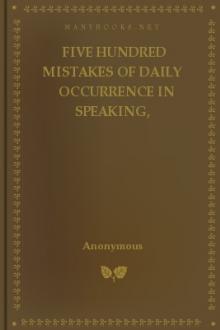 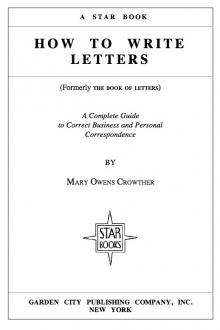