Transcriber's note:
This etext was produced from Amazing Stories, January, 1951. Extensive research did not uncover any evidence that the copyright on this publication was renewed.

Pursuant to our well known policy of exchanging military and scientific information with the Government, of friendly Powers, my Government takes great pleasure in announcing the completely successful final tests of our new nuclear-rocket guided missile Marxist Victory. The test launching was made from a position south of Lake Balkash; the target was located in the East Siberian Sea.

My Government is still hopeful that your Government will revise its present intransigeant position on the Khakum River dispute.

My Government was most delighted to learn of the splendid triumph of your Government in developing the new guided missile Marxist Victory, and at the same time deeply relieved. We had, of course, detected the release of nuclear energy incident to the test, and inasmuch as it had obviously originated in the disintegration of a quantity of Uranium 235, we had feared that an explosion had occurred at your Government's secret uranium plant at Khatanga. We have long known of the lax security measures in effect at this plant, and have, as a consequence, been expecting some disaster there.

I am therefore sure that your Government will be equally gratified to learn of the perfection, by my Government, of our own new guided missile Celestial Destroyer, which embodies, in greatly improved form, many of the features of your own Government's guided missile Marxist Victory. Naturally, your own scientific warfare specialists have detected the release of energy incident to the explosion of our own improved thorium-hafnium interaction bomb; this bomb was exploded over the North Polar ice cap, about two hundred miles south of the Pole, on about 35 degrees East Longitude, almost due north of your capital city of Moscow. The launching was made from a site in Thibet.

Naturally, my Government cannot deviate from our present just and reasonable attitude in the Khakum River question. Trusting that your Government will realize this, I have the honor to be,

Your obedient and respectful servant,

It is desired that you make immediate secret and confidential repeat secret and confidential inquiry as to the whereabouts of Dr. Dimitri O. Voronoff, the noted Soviet rocket expert, designer of the new guided missile Marxist Victory, who vanished a week ago from the Josef Vissarionovitch Djugashvli Reaction-Propulsion Laboratories at Molotovgorod. It is feared in Government circles that this noted scientist has been abducted by agents of the United Peoples' Republics of East Asia, possibly to extract from him, under torture, information of a secret technical nature.

As you know, this is but the latest of a series of such disappearances, beginning about five years ago, when the Khakum River question first arose.

Your utmost activity in this matter is required.

Since receipt of yours of 3/3/'84, I have been utilizing all resources at my disposal in the matter of the noted scientist D. O. Voronoff, and availing myself of all sources of information, e.g., spies, secret agents, disaffected elements of the local population, and including two UPREA Cabinet Ministers on my payroll. I regret to report that results of this investigation have been entirely negative. No one here appears to know anything of the whereabouts of Dr. Voronoff.

At the same time, there is considerable concern in UPREA Government circles over the disappearances of certain prominent East Asian scientists, e.g.. Dr. Hong Foo, the nuclear physicist; Dr. Hin Yang-Woo, the great theoretical mathematician; Dr. Mong Shing, the electronics expert. I am informed that UPREA Government sources are attributing these disappearances to us.

I can only say that I am sincerely sorry that this is not the case.

In accordance with our established policy of free exchange with friendly Powers of scientific information, permit me to inform your Government that a new mutated disease-virus has been developed in our biological laboratories, causing a highly contagious disease similar in symptoms to bubonic plague, but responding to none of the treatments for this latter disease. This new virus strain was accidentally produced in the course of some experiments with radioactivity.

In spite of the greatest care, it is feared that this virus has spread beyond the laboratory in which it was developed. We warn you most urgently of the danger that it may have spread to the UEESR; enclosed are a list of symptoms, etc.

I regret humbly that I can learn nothing whatever about the fate of the learned scholars of science of whom you inquire, namely: Hong Foo, Hin Yang-Woo, Mong Shing, Yee Ho Li, Wong Fat, and Bao Hu-Shin. This inability may be in part due to incompetence of my unworthy self, but none of my many sources of information, including Soviet Minister of Police Morgodoff, who is on my payroll, can furnish any useful data whatever. I am informed, however, that the UEESR Government is deeply concerned about similar disappearances of some of the foremost of their own scientists, including Voronoff, Jirnikov, Kagorinoff, Bakhorin, Himmelfarber and Pavlovinsky, all of whose dossiers are on file with our Bureau of Foreign Intelligence. I am further informed that the Government of the UEESR ascribes these disappearances to our own activities.

Ah, Venerable and Honored Sir, if this were only true!

Kindly condescend to accept compliments of,

Pursuant to our well known policy of exchanging scientific information with the Governments of friendly Powers, my Government takes the greatest pleasure in announcing a scientific discovery of inestimable value to the entire world. I refer to nothing less than a positive technique for liquidating rats as a species.

This technique involves treatment of male rats with certain types of hard radiations, which not only renders them reproductively sterile but leaves the rodents so treated in full possession of all other sexual functions and impulses. Furthermore, this condition of sterility is venereally contagious, so that one male rat so treated will sterilize all female rats with which it comes in contact, and these, in turn, will sterilize all male rats coming in contact with them. Our mathematicians estimate that under even moderately favorable circumstances, the entire rat population of the world could be sterilized from one male rat in approximately two hundred years.

Rats so treated have already been liberated in the granaries at Odessa; in three months, rat-trappings there have fallen by 26.4 percent, and grain-losses to rats by 32.09 percent.

We are shipping you six dozen sterilized male rats, which you can use for sterilization stock, and, by so augmenting their numbers, may duplicate our own successes.

Curiously enough, this effect of venereally contagious sterility was discovered quite accidentally, in connection with the use of hard radiations for human sterilization (criminals, mental defectives, etc.). Knowing the disastrous possible effects of an epidemic of contagious human sterility, all persons so sterilized were liquidated as soon as the contagious nature of their sterility had been discovered, with the exception of a dozen or so convicts, who had been released before this discovery was made. It is believed that at least some of them have made their way over the border and into the territory of the United Peoples' Republics of East Asia. I must caution your Government to be on the lookout of them. Among a people still practicing ancestor-worship, an epidemic of sterility would be a disaster indeed.

SHERE ALI ABDALLAH, Ameer of Afghanistan, Master of Kabul, Lord of Herat and Kandahar, Keeper of Khyber Pass, Defender of the True Faith, Servant of the Most High and Sword-Hand of the Prophet; Ph.D. (Princeton); Sc.B. (Massachusetts Institute of Technology); M.A. (Oxford): to their Excellencies A.A. Mouzorgin, Premier-President of the Union of East European Soviet Republics, and Sung Li-Yin, President of the United Peoples' Republics of East Asia,

Greetings, in the name of Allah!

For the past five years, I have watched, with growing concern, the increasing tensions between your Excellencies' respective Governments, allegedly arising out of the so-called Khakum River question. It is my conviction that this Khakum River dispute is the utterly fraudulent device by which both Governments hope to create a pretext for the invasion of India, each ostensibly to rescue that unhappy country from the rapacity of the other. Your Excellencies must surely realize that this is a contingency which the Government of the Kingdom of Afghanistan cannot and will not permit; it would mean nothing short of the national extinction of the Kingdom of Afghanistan, and the enslavement of the Afghan people.

Your Excellencies will recall that I discussed this matter most urgently on the occasions of my visits to your respective capitals of Moscow and Nanking, and your respective attitudes, on those occasions, has firmly convinced me that neither of your Excellencies is by nature capable of adopting a rational or civilized attitude toward this question. It appears that neither of your Excellencies has any intention of abandoning your present war of mutual threats and blackmail until forced to do so by some overt act on the part of one or the other of your Excellencies' Governments, which would result in physical war of pan-Asiatic scope and magnitude. I am further convinced that this deplorable situation arises out of the megalomaniac ambitions of the Federal Governments of the UEESR and the UPREA, respectively, and that the different peoples of what you unblushingly call your "autonomous" republics have no ambitions except, on a rapidly diminishing order of probability, to live out their natural span of years in peace. Therefore:

In the name of ALLAH, the Merciful, the Compassionate: We, Shere Ali Abdallah, Ameer of Afghanistan, etc., do decree and command that the political entities known as the Union of East European Soviet Republics and the United Peoples' Republics of East Asia respectively are herewith abolished and dissolved into their constituent autonomous republics, each one of which shall hereafter enjoy complete sovereignty within its own borders as is right and proper.

Now, in case either of you gentlemen feel inclined to laugh this off, let me remind you of the series of mysterious disappearances of some of the most noted scientists of both the UEESR and the UPREA, and let me advise your Excellencies that these scientists are now residents and subjects of the Kingdom of Afghanistan, and are here engaged in research and development work for my Government. These gentlemen were not abducted, as you gentlemen seem to believe; they came here of their own free will, and ask nothing better than to remain here, where they are treated with dignity and honor, given material rewards—riches, palaces, harems, retinues of servants, etc.—and are also free from the intellectual and ideological restraints which make life so intolerable in your respective countries to any man above the order of intelligence of a cretin. In return for these benefactions, these eminent scientists have developed, for my Government, certain weapons. For example:

2.) A new type of radar-radio-electronic defense screen, which can not only detect the approach of a guided missile, at any velocity whatever, but will automatically capture and redirect same. In case either of your Excellencies doubt this statement, you are invited to aim a rocket at some target in Afghanistan and see what happens.

3.) Both the UPREA mutated virus and the UEESR contagious sterility, with positive vaccines against the former and means of instrumental detection of the latter.

4.) A technique for initiating and controlling the Bethe carbon-hydrogen cycle. We are now using this as a source of heat for industrial and even domestic purposes, and 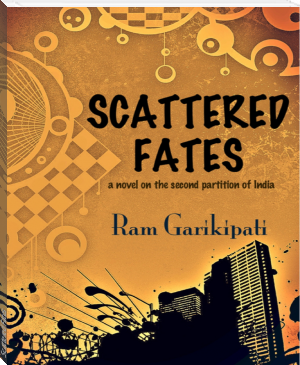