Manufactured in U. S. A.

Other Books by Stanley G. Weinbaum

"That isn't what I mean," said Nicholas Devine, turning his eyes on his companion. "I mean pure horror in the sense of horror detached from experience, apart from reality. Not just a formless fear, which implies either fear of something that might happen, or fear of unknown dangers. Do you see what I mean?"

"Of course," said Pat, letting her eyes wander over the black expanse of night-dark Lake Michigan. "Certainly I see what you mean but I don't quite understand how you'd do it. It sounds—well, difficult."

"It is difficult," resumed Nick. "Baudelaire tried it, Poe tried it. And in painting, Hogarth, Goya, Dore. Poe came closest, I think; he caught the essence of horror in an occasional poem or story. Don't you think so?"

"Dimly. The man murdered his wife."

"Yes. That isn't the part I mean. I mean the cat itself—the second cat. You know a cat, used rightly, can be a symbol of horror."

"Indeed yes!" The girl shuddered. "I don't like the treacherous beasts!"

"And this cat of Poe's," continued Nick, warming to his subject. "Just think of it—in the first place, it's black; element of horror. Then, it's gigantic, unnaturally, abnormally large. And then it's not all black—that would be inartistically perfect—but has a formless white mark on its breast, a mark that little by little assumes a fantastic form—do you remember what?"

"The form of a gallows!"

"And then—climax of genius—the eyes! Blind in one eye, the other a baleful yellow orb! Do you feel it? A black cat, an enormous black cat marked with a gallows, and lacking one eye, to make the other even more terrible! Literary tricks, of course, but they work, and that's genius! Isn't it?"

"Genius! Yes, if you call it that. The perverse genius of the Devil!"

"That's what I want to write—what I will write some day." He watched the play of lights on the restless surface of the waters. "Pure horror, the epitome of the horrible. It could be written, but it hasn't been yet; not even by Poe."

"That little analysis of yours was bad enough, Nick! Why should you want to improve on his treatment of the theme?"

"Two excuses, you mean. Of course, even if you'd succeed, you couldn't force anyone to read it."

"If I succeed, there'd be no need to force people. Success would mean that the thing would be great literature, and even today, in these times, there are still people to read that. And besides—" He paused.

"Everybody's interested in the horrible. Even you are, whether or not you deny it."

"I certainly do deny it!"

"Interest in people, and life, and gay times, and pretty things, and—and one's self and one's own feelings. And the feelings of the people one loves."

"Yes. It comes to exactly the point I've been stressing. People are sordid, life is hopeless, gay times are stupid, beauty is sensual, one's own feelings are selfish. And love is carnal. That's the array of horrors that holds your interest!"

The girl laughed in exasperation. "Nick, you could out-argue your name-sake, the Devil himself! Do you really believe that indictment of the normal viewpoint?"

"Why not?" she queried, smiling ingenuously at him.

"Gracious! I had no idea my logic was as convincing as that."

"That sounds like a compliment," observed Pat. "If it is," she continued in a bantering tone, "it's the only one I can recall obtaining from you."

"That's because I seldom call attention to the obvious."

"And that's another," laughed the girl. "I'll have to mark this date in red on my calendar. It's entirely unique in our—let's see—nearly a month's acquaintance."

"Is it really so short a time? I know you so well that it must have taken years. Every detail!" He closed his eyes. "Hair like black silk, and oddly dark blue eyes—if I were writing a poem at the moment, I'd call them violet. Tiny lips, the sort the Elizabethan called bee-stung. Straight nose, and a figure that is a sort of vest-pocket copy of Diana. Right?" He opened his eyes.

"Nice, but exaggerated. And even if you were correct, that isn't Pat Lane, the real Pat Lane. A camera could do better on a tenth of a second's acquaintance!"

"Check!" He closed his eyes again. "Personality, piquant. Character, loyal, naturally happy, intelligent, but not serious. An intellectual butterfly; a dilettante. Poised, cool, self-possessed, yet inherently affectionate. A being untouched by reality, as yet, living in Chicago and in a make-believe world at the same time." He paused, "How old are you, Pat?"

"I wondered how long one could manage to stay in the world of make-believe. I'm twenty-six, and I'm long exiled."

"I don't think you know what you mean by a make-believe world. I'm sure I don't."

"Of course you don't. You can't know and still remain there. It's like being happy; once you realize it, it's no longer perfect."

"Wouldn't make any difference if I did, Pat. It's a queer world, like the Sardoodledom of Sardou and the afternoon-tea school of playwrights. All stage-settings and pretense, but it looks real while you're watching, especially if you're one of the characters."

The girl laughed. "You're a deliciously solemn sort, Nick. How would you like to hear my analysis of you?"

"You inflicted yours on me, and I'm entitled to revenge. And so—you're intelligent, lazy, dreamy, and with a fine perception of artistic values. You're very alert to impressions of the senses—I mean you're sensuous without being sensual. You're delightfully serious without being somber, except sometimes. Sometimes I feel a hint, just a thrilling hint, in your character, of something dangerously darker—"

Pat shot him a quick glance. "And you're frightened to death of falling in love," she concluded imperturbably.

"Then you're wrong! I can't be afraid of it, since I've known for the better part of a month that I've been in love."

"Well!" said Pat. "It never before took me a month to extract that admission from a man. Is twenty-two getting old?"

"You're a tantalizing imp!"

"And so?" She pursed her lips, assuming an air of disappointment. "What am I to do about it—scream for help? You haven't given me anything to scream about."

The kiss, Pat admitted to herself, was quite satisfactory. She yielded herself to the pleasure of it; it was decidedly the best kiss she had, in her somewhat limited experience, encountered. She pushed herself away finally, with a little gasp, gazing bright-eyed at her companion. He was staring down at her with serious eyes; there was a tense twist to his mouth, and a curiously unexpected attitude of unhappiness.

"A little," she admitted. "Maybe more. Is that what makes you look so forlorn?"

He drew her closer to him. "How could I look forlorn, Honey, when something like this has happened to me? That was just my way of looking happy."

She nestled as closely as the steering wheel permitted, drawing his arm about her shoulders. "I hope you mean that, Nick."

"Then you mean it? You really do?"

"I'm glad," he said huskily. The girl thought she detected a strange dubious note in his voice. She glanced at his face; his eyes were gazing into the dim remoteness of the night horizon.

"Nick," she said, "why were you so—well, so reluctant about admitting this? You must have known I—like you. I showed you that deliberately in so many ways."

"You were! That isn't it, Nick. I had to practically browbeat you into confessing you cared for me. Why?"

He stepped on the starter; the motor ground into sudden life. The car backed into the road, turning toward Chicago, that glared like a false dawn in the southern sky.

"I hope you never find out," he said.

"She's out," said Pat as the massive form of Dr. Carl Horker loomed in the doorway. "Your treatments must be successful; Mother's out playing bridge."

The Doctor gave his deep, rumbling chuckle. "So much the better, Pat. I don't feel professional anyway." He moved into the living room, depositing his bulk on a groaning davenport. "And how's yourself?"

"Too well to be a patient of yours," retorted the girl. "Psychiatry! The new religion! Just between friends, it's all applesauce, isn't it?"

"If I weren't trying to act in place of your father, I'd resent that, young lady," said the Doctor placidly. "Psychiatry is a definite science, and a pretty important one. Applied psychology, the science of the human mind."

"If said mind exists," added the girl, swinging her slim legs over the arm of a chair.

"Correct," agreed the Doctor. "In my practice I find occasional evidence that it does. Or did; your generation seems to have found substitutes."

"Which appears to work just as well!" laughed Pat. "All our troubles are more or less inherited from your generation."

"Touche!" admitted Dr. Horker. "But my generation also bequeathed you some solid values which you don't know how to use."

"They've been weighed and found wanting," said Pat airily. "We're busy replacing them with our own values."

"Which are certainly no better."

"Maybe not, Doc, but at least they're ours."

"Yours and Tom Paine's. I can't see that you young moderns have brought any new ideas to the social scheme."

"New or not, we're the first ones to give 'em a try-out. Your crowd took it out in talk."

"That's an insult," observed the Doctor cheerfully. "If I weren't acting in loco parentis—"

"I know! You'd give me a few licks in the spot popularly supposed to do the most good! Well, that's part of a parent's privilege, isn't it?"

"You've grown beyond the spanking age, my dear. Physically, if not mentally—though I don't say the process would hurt me as much as you. I'd doubtless enjoy it."

"Then you might try sending me to bed without my dinner," the girl laughed.

"That's a doctor's prerogative, Pat. I've even done that to your Mother."

"In other words, you're a complete flop as a parent. All the responsibilities, and none of the privileges." 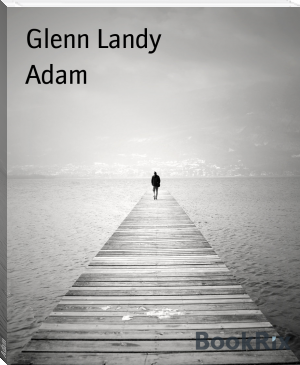