1 2 3 4 5 6 7 8 9 10 ... 30
Go to page:
*** START OF THIS PROJECT GUTENBERG EBOOK TARRANO THE CONQUEROR *** Produced by Greg Weeks, Mary Meehan and the Online Distributed Proofreading Team at http://www.pgdp.net
TARRANO
THE CONQUEROR BY RAY CUMMINGS COPYRIGHT, 1930, BY
A. C. McCLURG & CO.
CHICAGO IN THE UNITED STATES OF AMERICA, THE BRITISH EMPIRE AND THE PAN AMERICAN UNION. Printed in the United States of America

To Hugo Gernsback, scientist, author and publisher, whose constant efforts in behalf of scientific fiction have contributed so largely to its present popularity, this tale is gratefully dedicated.

In "Tarrano the Conqueror" is presented a tale of the year 2430 A.D.—a time somewhat farther beyond our present-day era than we are beyond Columbus' discovery of America. My desire has been to create for you the impression that you have suddenly been plunged forward into that time—to give you the feeling Columbus might have had could he have read a novel of our present-day life.

To this end I have conceived myself a writer of that future time, addressing his contemporary public. You are to imagine yourself reading a present day translation of my original text—a translation so free that a thousand little colloquialisms will have crept into it that could not possibly have their counterparts in the year 2430.

Apart from the text, you will occasionally find brief explanatory footnotes. Conceive them as having been put there by the translator.

If you find parts of this tale unusual or bizarre, please remember that we are living now in a comparatively ignorant day. The tale is not intended to be fantastic or full of new and strange ideas. I have used nothing but those developments of our present-day civilization to which we are all looking forward as logical probabilities—woven them into a picture of what life in America very probably will be five hundred years from now. To that extent, the tale itself is intended to be only a love story of adventure and romance—written, not for you, but for that future audience.

TARRANO THE CONQUEROR CHAPTER I The New Murders

I was standing fairly close to the President of the Anglo-Saxon Republic when the first of the new murders was committed. The President fell almost at my feet. I was quite certain then that the Venus man at my elbow was the murderer. I don't know why, call it intuition if you will. The Venus man did not make a move; he merely stood beside me in the press of the throng, seemingly as absorbed as all of us in what the President was saying.

It was late afternoon. The sun was setting behind the cliffs across the river. There were perhaps a hundred and fifty thousand people within sight of the President, listening raptly to his words. It was at Park Sixty, and I was standing on the Tenth Level.[1] The crowd packed all twelve of the levels; the park was black with people. The President stood on a balcony of the park tower. He was no more than a few hundred feet above me, well within direct earshot. Around him on all sides were the electric megaphones which carried his voice to all parts of the audience. Behind me, a thousand feet overhead, the main aerials were scattering it throughout the city, I suppose five million people were listening to the voice of the President at that moment. He had just said that we must remain friendly with Venus; that in our enlightened age controversies were inevitable, but that they should be settled with sober thought—around the council table. This talk of war was ridiculous. He was denouncing the public news-broadcasters; moulders of public opinion, who every day—every hour—must offer a new sensation to their millions of subscribers.

He had reached this point when without warning his body pitched forward. The balcony rail caught it; and it hung there inert. The slanting rays of the sun fell full upon the ruffled white shirt; white, but turning pink, then red, with the crimson stain welling out from beneath.

For an instant the crowd was stunned into silence. Then a murmur arose, and swelled into shouts of horror. A surge of people swept me forward. I could not see clearly what was happening on the balcony. The form of the murdered President was hanging there against the rail; a score of government officials were rushing toward it; but the body, toppling over the low support, came hurtling downward into the crowd, quite near me; but I could not reach it—the throng was too dense.

The shouts everywhere were deafening. I was shoved along the Tenth Level by the press of people coming up the stairway. Shouts, excited questions; the wail of children almost trampled under foot; the screams of women. And over it all, the electrically magnified voice of the traffic director-general in the peak of the main tower roaring his orders to the crowd.

It was a panic until the traffic-directors descended upon us. We were pushed up on the moving sidewalks. North or south, whichever direction came handiest, we were herded upon the sidewalks and whirled away. With a hundred other spectators near me I was shoved to a sidewalk moving south along the Tenth Level. It was going some four miles an hour. But they would not let me stay there. From behind, the crowd was shoving; and from one parallel strip of moving pavement to the other I was pushed along—until at last I reached the seats of the forty mile an hour inside section.

The scene at Park Sixty was far out of direct sight and hearing. The park there had already been cleared of spectators, I knew; and they were doubtless bearing the President's body away.

"Murdered!" said a man beside me. "Murdered! Look there!"

We were across the river, into Manhattan. The Tenth Level here runs about four hundred feet above the ground-street of the city. The man beside me was pointing to a steel tower we were passing. It was several hundreds yards away; on its side abreast of us was a forty-foot square news-mirror, brightly illumined. On all the stairways and balconies here a local crowd had gathered, watching the mirror. It was reporting the present scene at Park Sixty. As we sped past the tower I could see in the silver surface of the mirror the image of the now empty park from which we had been so summarily ejected. They were carrying off the President's body; a little group of officials bearing it away; red, broken, gruesome, with the dying rays of the sun still upon it. Carrying it slowly along to where an aero-car was waiting on the side landing stage.

We were past the mirror in a moment.

"Murdered," the man next to me repeated. "The President murdered."

He seemed stunned, as indeed everyone was. Then he eyed me—my cap, which had on it the insignia of my calling.

"You are one of them," he said bitterly. "The last word he said—the lurid news-gatherers."

But I shook my head. "We are necessary. It was unfortunate that he should have said that."

I had no opportunity to talk further. The man moved away toward the foot of a landing stage near us. A south-bound flyer had overtaken us and was landing. I boarded it also, and ten minutes later was in my office in South-Manhattan.

I was at this time employed by one of the most enterprising news-organizations in Greater New York. There was pandemonium in there that evening. My supper came up in the pneumatic tube from the public cookery nearby, but I had hardly time to taste it.

This, the evening of May 12, 2430, was for me—and for all the Earth—the most stirring evening of history. Events of inter-planetary importance tumbled over each other as they came to us through the air from the Official Information Stations. And we—myself and a thousand like me in our office—retold them for our twenty million subscribers throughout the Anglo-Saxon Nation.

The President of the Anglo-Saxon Republic was murdered at 5:10. It was the first of the new murders. I say new murders, for not in two hundred years had the life of so high an official been wilfully taken. But it was only the first. At 6:15 word came from Tokyohama,[2] that the ruler of Allied Mongolia was dead—murdered under similar circumstances. And ten minutes later from Mombozo, Africa, the blacks reported their leader killed while asleep in his official residence.

The Earth momentarily was without leadership!

I was struggling to get accounts of these successive disasters out over our audiophones. Above my desk, in a duplicating mirror from Headquarters, I could see that at the palace of Mombozo a throng of terrified blacks were gathered. It was night there—a blurred scene of flashing lights and frightened, milling people.

Greys—next to me—had a mirror tuned to Tokyohama. The sun there was shining upon almost a similar scene of panic. Black and yellow men—on opposite sides of the Earth. And between them our white races in turmoil. Outside my own window I could hear the shouts of the crowd that jammed the Twentieth Level.

Greys leaned toward me. "Seven o'clock, Jac. You've got the arrival of the Venus mail. Don't overlook it ... By the code, man, your hands are shaking! You're white as a ghost!"

The Venus mail; I had forgotten it completely.

He stared at me strangely. "You're thinking that, too. I told the British National Announcer it was a Venus plot. He laughed at me. Those Great Londoners can't see their fingers before them. He said, 'That's your lurid sense of newscasting.'"

Venus plot! I remembered my impressions of the Venus man who was beside me when our President fell.

Greys was back at his work. I swept the south shore of Eastern Island[3] with my finder, and picked up the image of the inter-planetary landing stage, at which the Venus mail was due to arrive. I could see the blaze of lights plainly; and with another, closer focus I caught the huge landing platform itself. It was empty.

The station-master there answered my call. He had no word of the mail.

"Try the lookout at Table Mountain," he advised me. "They may be coming down that way.... Sure I'll let you know.... What a night! They say that in Mediterrania—"

But I cut off; it was no time to chat with him. Table Mountain, Capetown, had no word of the mail. Then I caught the Yukon Station. The mail flyer had come down on the North Polar side—was already crossing Hudson Bay.

At 8:26 it landed on Eastern Island. A deluge of Venus despatches overwhelmed me. But the mail news, before I could even begin to handle my section of it, was far overshadowed. Venus, now at 8:44 was calling us by helio. The message came in the inter-planetary code, was decoded at National Headquarters, and from there flashed to us.

The ruler of the Venus Central State was murdered! An almost incoherent message. The murder of the ruler, at a time co-incident with 6:30 in Greater New York. Then the words:

In danger of what? The message broke off. The observers, behind their huge telescopes at the Potomac Headquarters, saw the helio-lights of the Venus Central State go dark suddenly. Our own station flashed its call, but there was no answer. Venus—evening star on that date—was sinking to 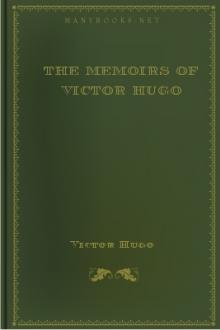