THE RADIO PLANET
Originally published in 1926 as a serial in
Argosy All-Story Weekly.

Could you make a radio set? Don’t answer rashly. Don’t say that you have already built several. For note that we did not ask whether you could assemble a set from parts already manufactured by others, but rather whether you could build the entire set yourself—from the ground up. That means making every part you require, including the vacuum tubes, the acid in the batteries, the wires, the insulation.

If you think that you could do this, let us ask you one further question. Put yourself in the place of the hero of the following story, and imagine yourself stranded amid intelligent savages who have not progressed beyond the wood age. Under such circumstances, with nothing to guide you but your scientific memory, with no tools except those of your own creation, and with no materials save those furnished by nature, could you, though the lives and happiness of your dear ones depended upon it—could you make a radio set?

“It’s too bad that Myles Cabot can’t see this!” I exclaimed, as my eye fell on the following item:

Cambridge, Massachusetts, Wednesday. The Harvard College Radio Station has for several weeks been in receipt of fragmentary signals of extraordinarily long wave-length, Professor Hammond announced yesterday. So far as it has been possible to test the direction of the source of these waves, it appears that the direction has a twenty-four hour cycle, thus indicating that the origin of these waves is some point outside the earth.

The university authorities will express no opinion as to whether or not these messages come from Mars.

Myles, alone of all the radio engineers of my acquaintance, was competent to surmount these difficulties, and thus enable the Cambridge savants to receive with clearness the message from another planet.

Twelve months ago he would have been available, for he was then quietly visiting at my farm, after five earth-years spent on the planet Venus, where, by the aid of radio, he had led the Cupians to victory over their oppressors, a human-brained race of gigantic black ants. He had driven the last ant from the face of continental Poros, and had won and wed the Princess Lilla, who had borne him a son to occupy the throne of Cupia.

While at my farm Cabot had rigged up a huge radio set and a matter-transmitting apparatus, with which he had (presumably) shot himself back to Poros on the night of the big October storm which had wrecked his installation.

I showed the newspaper item to Mrs. Farley, and lamented on Cabot’s absence. Her response opened up an entirely new line of thought.

Said she: “Doesn’t the very fact that Mr. Cabot isn’t here suggest to you that this may be a message, not from Mars, but from him? Or perhaps from the Princess Lilla, inquiring about him in case he has failed in his attempted return?”

That had never occurred to me! How stupid!

“What had I better do about it, if anything?” I asked. “Drop Professor Hammond a line?”

But Mrs. Farley was afraid that I would be taken for a crank.

That evening, when I was over in town, the clerk in the drug store waylaid me to say that there had been a long-distance phone call for me, and would I please call a certain Cambridge number.

So, after waiting an interminable time in the stuffy booth with my hands full of dimes, nickels, and quarters, I finally got my party.

“This is Professor Kellogg, O. D. Kellogg,” the voice replied.

It was my friend of the Harvard math faculty, the man who had analyzed the measurements of the streamline projectile in which Myles Cabot had shot to earth the account of the first part of his adventures on Venus. Some further adventures Myles had told me in person during his stay on my farm.

“Professor Hammond thinks that he is getting Mars on the air,” the voice continued.

“Yes,” I replied. “I judged as much from what I read in this morning’s paper. But what do you think?”

Kellogg’s reply gave my sluggish mind the second jolt which it had received that day.

“Well,” he said, “in view of the fact that I am one of the few people among your readers who take your radio stories seriously, I think that Hammond is getting Venus. Can you run up here and help me try and convince him?”

And so it was that I took the early boat next morning for Boston, and had lunch with the two professors.

As a result of our conference, a small committee of engineers returned with me to Edgartown that evening for the purpose of trying to repair the wrecked radio set which Myles Cabot had left on my farm.

They utterly failed to comprehend the matter-transmitting apparatus, and so—after the fallen tower had been reerected and the rubbish cleared away—they had devoted their attention to the restoration of the conversational part of the set.

To make a long story short, we finally restored it, with the aid of some old blue prints of Cabot’s which Mrs. Farley, like Swiss Family Robinson’s wife, produced from somewhere. I was the first to try the earphones, and was rewarded by a faint “bzt-bzt” like the song of a north woods blackfly.

In conventional radioese, I repeated the sounds to the Harvard group:

A look of incredulity spread over their faces. Again came the same message, and again I repeated it.

“You’re spoofing us!” one of them shouted. “Give me the earphones.”

Seizing the big leaf-switch, he threw it over. The motor-generator began to hum. Grasping the key, the Harvard engineer ticked off into space: “Cabot Cabot Cabot D-E—”

“Has this station a call letter?” he hurriedly asked me.

Interplanetary communication was an established fact at last! And not with Mars after all these years of scientific speculations. But what meant more to me was that I was again in touch with my classmate Myles Standish Cabot, the radio man.

The next day a party of prominent scientists, accompanied by a telegrapher and two stenographers, arrived at my farm.

During the weeks that followed there was recorded Myles’s own account of the amazing adventures on the planet Venus (or Poros, as its own inhabitants call it,) which befell him upon his return there after his brief visit to the earth. I have edited those notes into the following coherent story.

II
TOO MUCH STATIC

Myles Cabot had returned to the earth to study the latest developments of modern terrestrial science for the benefit of the Cupian nation. He was the regent of Cupia during the minority of his baby son, King Kew the Thirteenth. The loyal Prince Toron occupied the throne in his absence. The last of the ant-men and their ally, the renegade Cupian Prince Yuri, had presumably perished in an attempt to escape by flying through the steam-clouds which completely hem in continental Poros. What lay beyond the boiling seas no man knew.

During his stay on my farm, Cabot had built the matter-transmitting apparatus, with which he had shot himself off into space on that October night on which he had received the message from the skies: “S O S, Lilla.” A thunderstorm had been brewing all that evening, and just as Myles had placed himself between the coordinate axes of his machine and had gathered up the strings which ran from his control levers to within the apparatus, there had come a blinding flash. Lightning had struck his aerial.

How long his unconsciousness lasted he knew not. He was some time in regaining his senses. But when he had finally and fully recovered, he found himself lying on a sandy beach beside a calm and placid lake beneath a silver sky.

He fell to wondering, vaguely and pleasantly, where he was and how he had got here.

Suddenly, however, his ears were jarred by a familiar sound. At once his senses cleared, and he listened intently to the distant purring of a motor. Yes, there could be no mistake; an airplane was approaching. Now he could see it, a speck in the sky, far down the beach.

Nearer and nearer it came.

Myles sprang to his feet. To his intense surprise, he found that the effort threw him quite a distance into the air. Instantly the idea flashed through his mind: “I must be on Mars! Or some other strange planet.” This idea was vaguely reminiscent of something.

But while he was trying to catch this vaguely elusive train of thought, his attention was diverted by the fact that, for some unaccountable reason, his belt buckle and most of the buttons which had held his clothes together were missing, so that his clothing came to pieces as he rose, and that he had to shed it rapidly in order to avoid impeding his movements. He wondered at the cause of this.

But his speculations were cut short by the alighting of the plane a hundred yards down the beach.

What was his horror when out of it clambered, not men but ants! Ants, six-footed, and six feet high. Huge ants, four of them, running toward him over the glistening sands.

Gone was all his languor, as he seized a piece of driftwood and prepared to defend himself.

As he stood thus expectant, Myles realized that his present position and condition, the surrounding scenery, and the advance of the ant-men were exactly, item for item, like the opening events of his first arrival on the planet Poros. He even recognized one of the ant-men as old Doggo, who had befriended him on his previous visit.

Could it be that all his adventures in Cupia had been naught but a dream; a recurring dream, in fact? Were his dear wife Lilla and his little son Kew merely figments of his imagination? Horrible thought!

And then events began to differ from those of the past; for the three other Formians halted, and Doggo advanced alone. By the agitation of the beast’s antennae the earth man could see that it was talking to him. But Myles no longer possessed the wonderful electrical headset which he had contrived and built during his previous visit to that planet, so as to talk with Cupians and Formians, both of which races are earless and converse by means of radiations from their antennae.

So he picked up two sticks from the beach, and held them projecting from his forehead; then threw them to the ground with a grimace of disgust and pointed to his ears.

Doggo understood, and scratched with his paw in Cupian shorthand on the silver sands the message: “Myles Cabot, you are our prisoner.”

“What, again?” scratched Myles, then made a sign of submission.

He dreaded the paralyzing bite which Formians usually administer to their victims, and which he had twice experienced in the past; but, fortunately, it was not now forthcoming.

The other three ants kept away from him as Doggo led him to the beached airplane, and soon they were scudding along beneath silver skies, northward as it later turned out.

Far below them were silver-green fields and tangled tropical woods, interspersed with 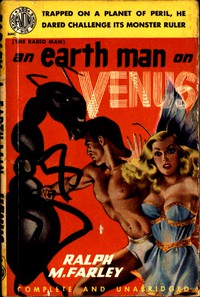 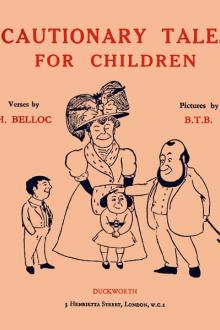