The highest treason of all is not so easy to define—and be it noted carefully that the true traitor in this case was not singular, but very plural . . .


THE HIGHEST . . . TREASON
By RANDALL GARRETT Illustrated by Gardner

HE two rooms were not luxurious, but MacMaine hadn't expected that they would be. The walls were a flat metallic gray, unadorned and windowless. The ceilings and floors were simply continuations of the walls, except for the glow-plates overhead. One room held a small cabinet for his personal possessions, a wide, reasonably soft bed, a small but adequate desk, and, in one corner, a cubicle that contained the necessary sanitary plumbing facilities.

The other room held a couch, two big easy-chairs, a low table, some bookshelves, a squat refrigerator containing food and drink for his occasional snacks—his regular meals were brought in hot from the main kitchen—and a closet that contained his clothing—the insignialess uniforms of a Kerothi officer.

No, thought Sebastian MacMaine, it was not luxurious, but neither did it look like the prison cell it was.

There was comfort here, and even the illusion of privacy, although there were TV pickups in the walls, placed so that no movement in either room would go unnoticed. The switch which cut off the soft white light from the glow plates did not cut off the infrared radiation which enabled his hosts to watch him while he slept. Every sound was heard and recorded.

But none of that bothered MacMaine. On the contrary, he was glad of it. He wanted the Kerothi to know that he had no intention of escaping or hatching any plot against them.

He had long since decided that, if things continued as they had, Earth would lose the war with Keroth, and Sebastian MacMaine had no desire whatever to be on the losing side of the greatest war ever fought. The problem now was to convince the Kerothi that he fully intended to fight with them, to give them the full benefit of his ability as a military strategist, to do his best to win every battle for Keroth.

And that was going to be the most difficult task of all.

A telltale glow of red blinked rapidly over the door, and a soft chime pinged in time with it.

MacMaine smiled inwardly, although not a trace of it showed on his broad-jawed, blocky face. To give him the illusion that he was a guest rather than a prisoner, the Kerothi had installed an announcer at the door and invariably used it. Not once had any one of them ever simply walked in on him.

He was seated in one of the easy-chairs in his "living room," smoking a cigarette and reading a book on the history of Keroth, but he put the book down on the low table as a tall Kerothi came in through the doorway.

MacMaine allowed himself a smile of honest pleasure. To most Earthmen, "all the Carrot-skins look alike," and, MacMaine admitted honestly to himself, he hadn't yet trained himself completely to look beyond the strangenesses that made the Kerothi different from Earthmen and see the details that made them different from each other. But this was one Kerothi that MacMaine would never mistake for any other.

"Tallis!" He stood up and extended both hands in the Kerothi fashion. The other did the same, and they clasped hands for a moment. "How are your guts?" he added in Kerothic.

"They function smoothly, my sibling-by-choice," answered Space General Polan Tallis. "And your own?"

"Smoothly, indeed. It's been far too long a time since we have touched."

The Kerothi stepped back a pace and looked the Earthman up and down. "You look healthy enough—for a prisoner. You're treated well, then?"

"Well enough. Sit down, my sibling-by-choice." MacMaine waved toward the couch nearby. The general sat down and looked around the apartment.

"Well, well. You're getting preferential treatment, all right. This is as good as you could expect as a battleship commander. Maybe you're being trained for the job."

MacMaine laughed, allowing the touch of sardonicism that he felt to be heard in the laughter. "I might have hoped so once, Tallis. But I'm afraid I have simply come out even. I have traded nothing for nothing."

General Tallis reached into the pocket of his uniform jacket and took out the thin aluminum case that held the Kerothi equivalent of cigarettes. He took one out, put it between his lips, and lit it with the hotpoint that was built into the case.

MacMaine took an Earth cigarette out of the package on the table and allowed Tallis to light it for him. The pause and the silence, MacMaine knew, were for a purpose. He waited. Tallis had something to say, but he was allowing the Earthman to "adjust to surprise." It was one of the fine points of Kerothi etiquette.

A sudden silence on the part of one participant in a conversation, under these particular circumstances, meant that something unusual was coming up, and the other person was supposed to take the opportunity to brace himself for shock.

It could mean anything. In the Kerothi Space Forces, a superior informed a junior officer of the junior's forthcoming promotion by just such tactics. But the same tactics were used when informing a person of the death of a loved one.

In fact, MacMaine was well aware that such a period of silence was de rigueur in a Kerothi court, just before sentence was pronounced, as well as a preliminary to a proposal of marriage by a Kerothi male to the light of his love.

MacMaine could do nothing but wait. It would be indelicate to speak until Tallis felt that he was ready for the surprise.

It was not, however, indelicate to watch Tallis' face closely; it was expected. Theoretically, one was supposed to be able to discern, at least, whether the news was good or bad.

With Tallis, it was impossible to tell, and MacMaine knew it would be useless to read the man's expression. But he watched, nonetheless.

In one way, Tallis' face was typically Kerothi. The orange-pigmented skin and the bright, grass-green eyes were common to all Kerothi. The planet Keroth, like Earth, had evolved several different "races" of humanoid, but, unlike Earth, the distinction was not one of color.

MacMaine took a drag off his cigarette and forced himself to keep his mind off whatever it was that Tallis might be about to say. He was already prepared for a death sentence—even a death sentence by torture. Now, he felt, he could not be shocked. And, rather than build up the tension within himself to an unbearable degree, he thought about Tallis rather than about himself.

Tallis, like the rest of the Kerothi, was unbelievably humanoid. There were internal differences in the placement of organs, and differences in the functions of those organs. For instance, it took two separate organs to perform the same function that the liver performed in Earthmen, and the kidneys were completely absent, that function being performed by special tissues in the lower colon, which meant that the Kerothi were more efficient with water-saving than Earthmen, since the waste products were excreted as relatively dry solids through an all-purpose cloaca.

But, externally, a Kerothi would need only a touch of plastic surgery and some makeup to pass as an Earthman in a stage play. Close up, of course, the job would be much more difficult—as difficult as a Negro trying to disguise himself as a Swede or vice versa.

"I would have a word," Tallis said, shattering MacMaine's carefully neutral train of thought. It was a standard opening for breaking the pause of adjustment, but it presaged good news rather than bad.

"I await your word," MacMaine said. Even after all this time, he still felt vaguely proud of his ability to handle the subtle idioms of Kerothic.

"I think," Tallis said carefully, "that you may be offered a commission in the Kerothi Space Forces."

Sebastian MacMaine let out his breath slowly, and only then realized that he had been holding it. "I am grateful, my sibling-by-choice," he said.

The "surprise" had been delivered. Now, as was proper, Tallis would move adroitly all around the subject until he was ready to return to it again.

"Two and a third Kronet."

Tallis nodded. "Nearly a year of your time."

Damn it! MacMaine thought, in a sudden surge of impatience, get to the point! His face showed only calm.

"The Board of Strategy asked me to tell you," Tallis continued. "After all, my recommendation was partially responsible for the decision." He paused for a moment, but it was merely a conversational hesitation, not a formal hiatus.

"It was a hard decision, Sepastian—you must realize that. We have been at war with your race for ten years now. We have taken thousands of Earthmen as prisoners, and many of them have agreed to co-operate with us. But, with one single exception, these prisoners have been the moral dregs of your civilization. They have been men who had no pride of race, no pride of society, no pride of self. They have been weak, self-centered, small-minded, cowards who had no thought for Earth and Earthmen, but only for themselves.

"Not," he said hurriedly, "that all of them are that way—or even the majority. Most of them have the minds of warriors, although, I must say, not strong warriors."

That last, MacMaine knew, was a polite concession. The Kerothi had no respect for Earthmen. And MacMaine could hardly blame them. For three long centuries, the people of Earth had had nothing to do but indulge themselves in the pleasures of material wealth. It was a wonder that any of them had any moral fiber left.

"But none of those who had any strength agreed to work with us," Tallis went on. "With one exception. You."

"Am I weak, then?" MacMaine asked.

General Tallis shook his head in a peculiarly humanlike gesture. "No. No, you are not. And that is what has made us pause for three years." His grass-green eyes looked candidly into MacMaine's own. "You aren't the type of person who betrays his own kind. It looks like a trap. After a whole year, the Board of Strategy still isn't sure that there is no trap."

Tallis stopped, leaned forward, and ground out the stub of his cigarette in the blue ashtray. Then his eyes again sought MacMaine's.

"If it were not for what I, personally, know about you, the Board of Strategy would not even consider your proposition."

"I take it, then, that they have considered it?" MacMaine asked with a grin.

"As I said, Sepastian," Tallis said, "you have won your case. After almost a year of your time, your decision has been justified."

MacMaine lost his grin. "I am grateful, Tallis," he said gravely. "I think you must realize that it was a difficult decision to make."

His thoughts went back, across long months of time and longer light-years of space, to the day when that decision had been made.

Colonel Sebastian MacMaine didn't feel, that morning, as though this day were different from any other. The sun, faintly veiled by a few wisps of cloud, shone as it always had; 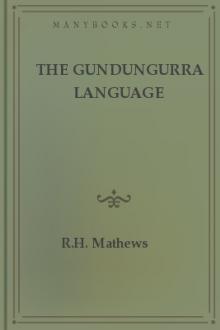