A printed version of this book is available from Sattre Press. It includes extensive annotations, a new introduction and all the original photographs and diagrams.

What Froude says of history is true also of astronomy: it is the most impressive where it transcends explanation. It is not the mathematics of astronomy, but the wonder and the mystery that seize upon the imagination. The calculation of an eclipse owes all its prestige to the sublimity of its data; the operation, in itself, requires no more mental effort than the preparation of a railway time-table.

The dominion which astronomy has always held over the minds of men is akin to that of poetry; when the former becomes merely instructive and the latter purely didactic, both lose their power over the imagination. Astronomy is known as the oldest of the sciences, and it will be the longest-lived because it will always have arcana that have not been penetrated.

Some of the things described in this book are little known to the average reader, while others are well known; but all possess the fascination of whatever is strange, marvelous, obscure, or mysterious -- magnified, in this case, by the portentous scale of the phenomena.

The idea of the author is to tell about these things in plain language, but with as much scientific accuracy as plain language will permit, showing the wonder that is in them without getting away from the facts. Most of them have hitherto been discussed only in technical form, and in treatises that the general public seldom sees and never reads.

Among the topics touched upon are:

The strange unfixedness of the ``fixed stars,'' the vast migrations of the suns and worlds constituting the universe. The slow passing out of existence of those collocations of stars which for thousands of years have formed famous ``constellations,'' preserving the memory of mythological heroes and heroines, and perhaps of otherwise unrecorded history. The tendency of stars to assemble in immense clouds, swarms, and clusters. The existence in some of the richest regions of the universe of absolutely black, starless gaps, deeps, or holes, as if one were looking out of a window into the murkiest night. The marvelous phenomena of new, or temporary, stars, which appear as suddenly as conflagrations, and often turn into something else as eccentric as themselves. The amazing forms of the ``whirlpool,'' ``spiral,'' ``pinwheel,'' and ``lace,'' or ``tress,'' nebulæ. The strange surroundings of the sun, only seen in particular circumstances, but evidently playing a constant part in the daily phenomena of the solar system. The mystery of the Zodiacal Light and the Gegenschein. The extraordinary transformations undergone by comets and their tails. The prodigies of meteorites and masses of stone and metal fallen from the sky. The cataclysms that have wrecked the moon. The problem of life and intelligence on the planet Mars. The problematical origin and fate of the asteroids. The strange phenomena of the auroral lights.

An attempt has been made to develop these topics in an orderly way, showing their connection, so that the reader may obtain a broad general view of the chief mysteries and problems of astronomy, and an idea of the immense field of discovery which still lies, almost unexplored, before it.

The Windows of Absolute Night

To most minds mystery is more fascinating than science. But when science itself leads straight up to the borders of mystery and there comes to a dead stop, saying, ``At present I can no longer see my way,'' the force of the charm is redoubled. On the other hand, the illimitable is no less potent in mystery than the invisible, whence the dramatic effect of Keats' ``stout Cortez'' staring at the boundless Pacific while all his men look at each other with a wild surmise, ``silent upon a peak in Darien.'' It is with similar feelings that the astronomer regards certain places where from the peaks of the universe his vision seems to range out into endless empty space. He sees there the shore of his little isthmus, and, beyond, unexplored immensity.

The name, ``coal-sacks,'' given to these strange voids is hardly descriptive. Rather they produce upon the mind the effect of blank windows in a lonely house on a pitch-dark night, which, when looked at from the brilliant interior, become appalling in their rayless murk. Infinity seems to acquire a new meaning in the presence of these black openings in the sky, for as one continues to gaze it loses its purely metaphysical quality and becomes a kind of entity, like the ocean. The observer is conscious that he can actually see the beginning of its ebon depths, in which the visible universe appears to float like an enchanted island, resplendent within with lights and life and gorgeous spectacles, and encircled with screens of crowded stars, but with its dazzling vistas ending at the fathomless sea of pure darkness which encloses all.

The Galaxy, or Milky Way, surrounds the borders of our island in space like a stellar garland, and when openings appear in it they are, by contrast, far more impressive than the general darkness of the interstellar expanse seen in other directions. Yet even that expanse is not everywhere equally dark, for it contains gloomy deeps discernable with careful watching. Here, too, contrast plays an important part, though less striking than within the galactic region. Some of Sir William Herschel's observations appear to indicate an association between these tenebrious spots and neighboring star clouds and nebulæ. It is an illuminating bit of astronomical history that when he was sweeping the then virgin heavens with his great telescopes he was accustomed to say to his sister who, note-book in hand, waited at his side to take down his words, fresh with the inspiration of discovery: ``Prepare to write; the nebulæ are coming; here space is vacant.''

The most famous of the ``coal-sacks,'' and the first to be brought to general attention before astronomers had awakened to the significance of such things, lies adjacent to the ``Southern Cross,'' and is truly an amazing phenomenon. It is not alone the conspicuousness of this celestial vacancy, opening suddenly in the midst of one of the richest parts of the Galaxy, that has given it its fame, but quite as much the superstitious awe with which it was regarded by the early explorers of the South Seas. To them, as well as to those who listened in rapt wonder to their tales, the ``Coal-sack'' seemed to possess some occult connection with the mystic ``Cross.'' In the eyes of the sailors it was not a vacancy so much as a sable reality in the sky, and as, shuddering, they stared at it, they piously crossed themselves. It was another of the magical wonders of the unknown South, and as such it formed the basis of many a ``wild surmise'' and many a sea-dog's yarn. Scientific investigation has not diminished its prestige, and today no traveler in the southern hemisphere is indifferent to its fascinating strangeness, while some find it the most impressive spectacle of the antarctic heavens.

All around, up to the very edge of the yawning gap, the sheen of the Milky Way is surpassingly glorious; but there, as if in obedience to an almighty edict, everything vanishes. A single faint star is visible within the opening, producing a curious effect upon the sensitive spectator, like the sight of a tiny islet in the midst of a black, motionless, waveless tarn. The dimensions of the lagoon of darkness, which is oval or pear-shaped, are eight degrees by five, so that it occupies a space in the sky about one hundred and thirty times greater than the area of the full moon. It attracts attention as soon as the eye is directed toward the quarter where it exists, and by virtue of the rarity of such phenomena it appears a far greater wonder than the drifts of stars that are heaped around it. Now that observatories are multiplying in the southern hemisphere, the great austral ``Coal-sack'' will, no doubt, receive attention proportioned to its importance as one of the most significant features of the sky. Already at the Sydney Observatory photographs have shown that the southern portion of this Dead Sea of Space is not quite ``bottomless,'' although its northern part defies the longest sounding lines of the 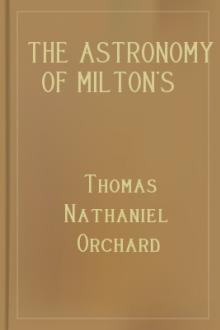 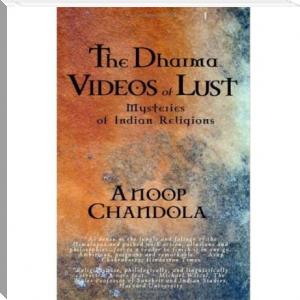