The Table of Contents is not a part of the original book.

This Ace Science Fiction Book contains the complete text of the original hardcover edition. It has been completely reset in a typeface designed for easy reading, and was printed from new film.

With the publication of this novel, Uller Uprising, all of H. Beam Piper's previously published science fiction is now available in Ace editions. Uller Uprising was first published in 1952 in a Twayne Science Fiction Triplet—a hardbound collection of three thematically connected novels. (The other two were Judith Merril's Daughters of Earth and Fletcher Pratt's The Long View.) A year later it appeared in the February and March issues of Space Science Fiction, edited by Lester Del Rey.

The magazine version, which was abridged by about a third, was believed by many bibliographers to be the only version—and as a novella it was too short for book publication. The Twayne version had a small print run and is so scarce that few people have seen it. Those bibliographers who knew of its existence assumed that both versions of Uller were the same. It was through a telephone conversation with Charles N. Brown, publisher of Locus and correspondent with Piper, that I learned about the Twayne edition and its greater length. Brown allowed me to photocopy his original, for which we owe him a debt of thanks; because the Twayne version is not only novel length, but far better than the shorter one that appeared in Space Science Fiction.[vi]

Probably the most surprising and interesting thing about the Twayne edition is the essay that forms the introduction to that volume, and is reprinted here. The essay is by Dr. John D. Clark, an eminent scientist of the forties and fifties and one of the discoverers of sulfa, the first "miracle drug." It describes in great detail the planetary system of the star Beta Hydri, and gives the names of those planets: Uller and Niflheim. A publisher's note states that Clark's essay was written first, and given to the contributors as background material for a novel they would then write.

The fans of H. Beam Piper seem to owe a great debt to Dr. Clark. Uller Uprising became the foundation of Piper's monumental Terro-Human Future History; the first story where we encounter the Terran Federation. In it we learn about Odin, the planet that will one day be the capital of the First Galactic Empire; and humble Niflheim, which in more decadent times will become a common expletive, a word meaning hell. This is also where Piper introduced and explained the Atomic Era dating system (A.E.). Uller Uprising is set in the early years of the Terran Federation's expansion and exploration, an epoch of great vitality. In "The Edge of the Knife" Piper compares this time of discovery to the Spanish conquest of the Americas. This feeling of vigor and unlimited possibilities runs through all the early Federation stories: Uller Uprising, "Omnilingual," "Naudsonce," "When in the Course—," and, to a lesser degree, in the late Federation novels, Little Fuzzy, Fuzzy Sapiens, and Fuzzies and Other People. (See Federation by H. Beam Piper for a good overview of this period.)

In these stories we see Terro-Humans at their best and at their worst: Individual heroism and bravery in[vii] the face of grave danger in Uller Uprising; Federation law and justice in Little Fuzzy and its sequels; and, in "Omnilingual" and "Naudsonce," the spirit of science and rational inquiry. Yet we also see colonial exploitation and subjugation in Uller Uprising and "Oomphel in the Sky," the greed and corruption of Chartered land companies in Little Fuzzy, and political corruption in Four-Day Planet. These stories are about a living Terro-Human culture, not a utopia.

It was Piper's attention to historical realism and his use of actual historical models that have helped his work to pass the test of time and have led to his becoming the favorite of a new generation of readers more than twenty-five years after his death.

Uller Uprising is the story of a confrontation between a human overlord and alien servants, with an ironic twist at the end. Like most of Piper's best work, Uller Uprising is modeled after an actual event in human history; in this case the Sepoy Mutiny (a Bengal uprising in British-held India brought about when rumors were spread to native soldiers that cartridges being issued by the British were coated with animal fat. The rebellion quickly spread throughout India and led to the massacre of the British Colony at Cawnpore.). Piper's novel is not a mere retelling of the Indian Mutiny, but rather an analysis of an historical event applied to a similar situation in the far future.

Like many philosophers and social theorists before him, Piper attempted to chart the progress of human-kind; unlike most, however, he did not envision or try to create a system of ethics that would end all of humanity's problems. The best he could offer was his[viii] model of the self-reliant man: The man who "actually knows what has to be done and how to do it, and he's going to go right ahead and do it, without holding a dozen conferences and round-table discussions and giving everybody a fair and equal chance to foul things up for him."

Piper brought his own ideas and judgments about society and history into all of his work, but they appear most clearly in his Terro-Human Future History. While not everyone will agree with Piper's theories they give his work a bite that most popular fiction lacks. One cannot read Piper complacently. And one can often find a wry insight sandwiched in between the blood and thunder.

Other future histories may span more centuries or better illuminate the highlights of several decades, but until a rival is created with more historical depth and attention to detail, H. Beam Piper's Terro-Human Future History will stand as the Bayeux Tapestry of science fiction histories.

In many ways—certainly during his lifetime—Piper was the most underrated of the John W. Campbell's "Astounding" writers. He was probably also the most Campbellian; his self-reliant man is almost a mirror image of Campbell's "Citizen."

Piper died a bitter man, a failure in his own mind; shortly before his death he believed he could no longer earn a living as a writer without charity from his friends or the state.

Now he's the cornerstone of Ace Books. Had he lived long enough to finish another half dozen books, he would have been among the sf greats of the sixties....

But maybe he does know, after all. Jerry Pournelle,[ix] who was very much influenced by Piper and in many ways considers himself Beam's spiritual descendant—and incidently was John W. Campbell's last major discovery—has said that sometimes, when he's gotten down a particularly good line, he can hear the "old man" chuckle and whisper, atta boy.

Introduction Dr. John D. Clark THE SILICONE WORLD 1. THE STAR AND ITS MOST IMPORTANT PLANET

The planet is named Uller (it seems that when interstellar travel was developed, the names of Greek Gods had been used up, so those of Norse gods were used). It is the second planet of the star Beta Hydri, right angle 0:23, declension -77:32, G-0 (solar) type star, of approximately the same size as Sol; distance from Earth, 21 light years.

Uller revolves around it in a nearly circular orbit, at a distance of 100,000,000 miles, making it a little colder than Earth. A year is of the approximate length of that on Earth. A day lasts 26 hours.

The axis of Uller is in the same plane as the orbit, so that at a certain time of the year the north pole is pointed directly at the sun, while at the opposite end of the orbit it points directly away. The result is highly exaggerated seasons. At the poles the temperature runs from 120°C to a low of -80°C. At the equator it remains not far from 10°C all year round. Strong winds blow during the summer and winter, from the hot to the cold pole; few winds during the spring and fall.[xii] The appearance of the poles varies during the year from baked deserts to glaciers covered with solid CO2. Free water exists in the equatorial regions all year round.

2. SOLAR MOVEMENT AS SEEN FROM ULLER

As seen from the north pole—no sun is visible on Jan. 1. On April 1, it bisects the horizon all day, swinging completely around. April 1 to July 1, it continues swinging around, gradually rising in the sky, the spiral converging to its center 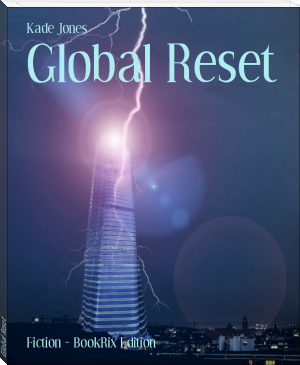 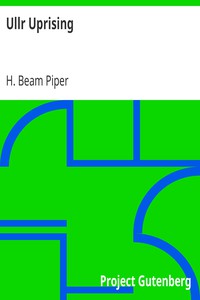