1 2 3 4 5 6 7 8 9 10 ... 27
Go to page:
*** START OF THIS PROJECT GUTENBERG EBOOK RALESTONE LUCK *** Produced by Greg Weeks, Jason Isbell, Mary Meehan and the Online Distributed Proofreading Team at http://www.pgdp.net
RALESTONE LUCK By ANDRÉ NORTON Author of The Prince Commands ILLUSTRATED BY JAMES REID D. APPLETON-CENTURY COMPANY
INCORPORATED
NEW YORK 1938 LONDON Copyright, 1938, by
D. Appleton-Century Company, Inc.
All rights reserved. This book, or parts thereof, must not be reproduced in any form without permission of the publisher. PRINTED IN THE UNITED STATES OF AMERICA
TO
D. B. N.
In return for many miles of proof so diligently read
"How hold ye Lorne?" Rupert's softly spoken question brought the well-remembered answer to Val's lips: "By the oak leaf, by the sea wave, by the broadsword blade, thus hold we Lorne!"
CONTENTS

"How hold ye Lorne?" Rupert's softly spoken question brought the well-remembered answer to Val's lips: "By the oak leaf, by the sea wave, by the broadsword blade, thus hold we Lorne!"

"I'se Lucy," she stated, thoroughly at her ease. "An' dis is Letty-Lou"

Ricky lifted off the cover. Val stared at the canvas

"It's a genuine Audubon," Charity said

Zzzzzrupp! Satan was industriously ripping the remnants of lining from its interior

At the bayou at last, they wriggled Jeems awkwardly into the boat

Then came a tree burdened with a small 'coon which stared at the boy piteously, its eyes green in the light

Ricky held aloft a great war sword. There could be no doubt in any of them—the Luck of Lorne had returned

By the oak leaf,
By the sea wave,
By the broadsword blade,
Thus hold we Lorne!

The oak leaf is dust,
The sea wave is gone,
The broadsword is rust,
How now hold ye Lorne?

By our Luck, thus hold we Lorne!
CHAPTER I THE RALESTONES COME HOME

"Once upon a time two brave princes and a beautiful princess set out to make their fortunes—" began the dark-haired, dark-eyed boy by the roadster.

"Royalty is out of fashion," corrected Ricky Ralestone somewhat indifferently. "Can't you do better than that?" She gave her small, pert hat an exasperated tweak which brought the unoffending bowl-shaped bit of white felt into its proper position over her right eyebrow. "How long does it take Rupert to ask a single simple question?"

Her brother Val watched the gas gage on the instrument board of the roadster fluctuate wildly as the attendant of the station shook the hose to speed the flow of the last few drops. Five gallons—a dollar ten. Did he have that much? He began to assemble various small hoards of change from different pockets.

"Do you think we're going to like this?" Ricky waved her hand vaguely in a gesture which included a dilapidated hot-dog stand and a stretch of road white-hot under the steady baking of the sun.

"Well, I think that Pirate's Haven is slightly different from our present surroundings. Where's your proper pride? Not everyone can be classed among the New Poor," Val observed judiciously.

"Nobility in the bread line." His sister sniffed with what she fondly believed was the air of a Van Astor dowager.

"We never relinquished the title, did we? Rupert's still the Marquess of Lorne."

"After some two hundred years in America I am afraid that we would find ourselves strangers in England. And Lorne crumbled to dust long ago."

"But he's still Marquess of Lorne," she persisted.

"All right. And what does that make you?"

"Lady Richanda, of course, silly. Can't you remember the wording of the old charter? And you're Viscount—"

"Wrong there," Val corrected her. "I'm only a lord, by courtesy, unless we can bash Rupert on the head some dark night and chuck him into the bayou."

"Lord Valerius." She rolled it upon her tongue. "Marquess, Lady, and Lord Val, out to seek their fortunes. Pity we can't do it in the traditional family way."

"But we can't, you know," he protested laughingly. "I believe that piracy is no longer looked upon with favor by the more solid members of any community. Though plank-walking is an idea to keep in mind when the bill collectors start to draw in upon us."

"Here comes Rupert at last. Rupert," she raised her voice as their elder brother opened the door by the driver's seat, "shall we all go and be pirates? Val has some lovely gory ideas."

"Not just yet anyway—we still have a roof over our heads," he answered as he slid in behind the wheel. "We should have taken the right turn a mile back."

"Bother!" Ricky surveyed as much of her face as she could see in the postage-stamp mirror of her compact. "I don't think I'm going to like Louisiana."

"Maybe Louisiana won't care for you either," Val offered slyly. "After all, we dyed-in-the-wool Yanks coming to live in the deep South—"

"Speak for yourself, Val Ralestone." She applied a puff carefully to the tip of her upturned nose. "Since we've got this barn of a place on our hands, we might as well live in it. Too bad you couldn't have persuaded our artist tenant to sign another lease, Rupert."

"He's gone to spend a year in Italy. The place is in fairly good condition though. LeFleur said that as long as we don't use the left wing and close off the state bedrooms, we can manage nicely."

"State bedrooms—" Val drew a deep breath which was meant to be one of reverence but which turned into a sneeze as the roadster's wheels raised the dust. "How does it feel to own such magnificence, Rupert?"

"Not so good," he replied honestly. "A house as big as Pirate's Haven is a burden if you don't have the cash to keep it up properly. Though this artist chap did make a lot of improvements on his own."

"But think of the Long Hall—" began Ricky, rolling her eyes heavenward.

"And just what do you know about the Long Hall?" demanded Rupert.

"Why, that's where dear Great-great-uncle Rick's ghost is supposed to walk, isn't it?" she asked innocently. "I hope that our late tenant didn't scare him away. It gives one such a blue-blooded feeling to think of having an active ghost on the premises. A member of one's own family, too!"

"Sure. Teach him—or it—some parlor tricks and we'll show it—or him—off every afternoon between three and four. We might even be able to charge admission and recoup the family fortune," Val suggested brightly.

"Have you no reverence?" demanded his sister. "And besides, ghosts only walk at night."

"Now that's something we'll have to investigate," Val interrupted her. "Do ghosts have union rules? I mean, I wouldn't want Great-great-uncle Rick to march up and down the carriage drive with a sign reading, 'The Ralestones are unfair to ghosts,' or anything like that."

"We'll have to use the Long Hall, of course," cut in Rupert, as usual ignoring their nonsense. "And the old summer drawing-room. But we can shut up the dining-room and the ball-room. We'll eat in the kitchen, and that and a bedroom apiece—"

"I suppose there are bathrooms, or at least a bathroom," his brother interrupted. "Because I don't care to rush down to the bayou for a good brisk plunge every time I get my face dirty."

"Harrison put in a bathroom at his own expense last fall."

"For which blessed be the name of Harrison. If he hadn't gone to Italy, he would have rebuilt the house. How soon do we get there? This touring is not what I thought it might be—"

The crease which had appeared so recently between Rupert's eyes deepened.

"No. I'm expressing curiosity this time, old man, not just a whine. But if we're going to be this far off the main highway—"

"Oh, it's not far from the city road. We ought to be seeing the gate-posts any moment now."

"Prophet!" Ricky leaned forward between them. "See there!"

Two gray stone posts, as firmly planted by time as the avenue of live-oaks they headed, showed clearly in the afternoon light. And from the nearest, deep carven in the stone, a jagged-toothed skull, crowned and grinning, stared blankly at the three in the shabby car. Beneath it ran the insolent motto of an ancient and disreputable clan, "What I want—I take!"

"This is the place all right—I recognize Joe there." Val pointed to the crest. "Good old Joe, always laughing."

Ricky made a face. "Horrid old thing. I don't see why we couldn't have had a swan or something nice to swank about."

"But then the Lords of Lorne were hardly a nice lot in their prime," Val reminded her. "Well, Rupert, let's see the rest."

The car followed a graveled drive between tall bushes which would have been the better for a pruning. Then the road made a sudden curve and they came out upon a crescent of lawn bordering upon a stone-paved terrace three steps above. And on the terrace stood the home a Ralestone had not set foot in for over fifty years—Pirate's Haven.

"It looks—" Ricky stared up, "why, it looks just like the picture Mr. Harrison painted!"

"Which proves why he is now in Italy," Val returned. "But he did capture it on canvas."

"Gray stone—and those diamond-paned windows—and that squatty tower. But it isn't like a Southern home at all! It's some old, old place out of England."

"Because it was built by an exile," said Rupert softly. "An exile who loved his home so well that he labored five years in the wilderness to build its duplicate. Those little diamond-paned windows were once protected with shutters an inch thick, and the place was a fort in Indian times. But it is strange to this country. That's why it's one of the show places. LeFleur asked me if we would be willing to keep up the custom of throwing the state rooms open to the public one day a month."

"And shall we?" asked Ricky.

"We'll see. Well, don't you want to see the inside as well as the out?"

"Certainly, m'lady." He swung open the door and climbed out stiffly. Although he wouldn't have confessed it for any reason, his leg had been aching dully for hours.

"Do you know," Ricky hesitated on the first terrace step, bending down to put aside a trail of morning-glory vine which clutched at her ankle, "I've just remembered!"

"What?" Rupert looked up from the grid where he was unstrapping their luggage.

"That we are the very first Ralestones to—to come home since Grandfather Miles rode away in 1867."

"And why the sudden dip into ancient history?" Val inquired as he limped around to help Rupert.

"I don't know," her eyes were fast upon moss-greened wall and ponderous door hewn of a single slab of oak, "except—well, we are coming home at last. I wonder if—if they know. All those others. Rick and Miles, the first Rupert and Richard and—"

"That spitfire, the Lady Richanda?" Rupert smiled. "Perhaps they do. No, leave the bags here, Val. Let's see the house first."

Together the Ralestones crossed the terrace and came to stand by the front door which still bore faint scars left by Indian hatchets. But Rupert stooped to insert a very modern key into a very modern lock. There was a click and the door swung inward before his push.

"The Long Hall!" They stood in something of a hesitant huddle at the end of a long stone-floored 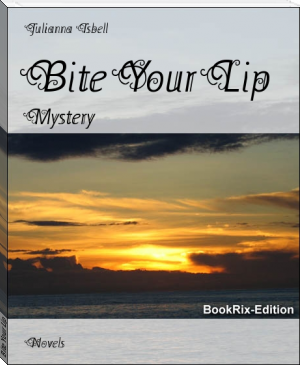 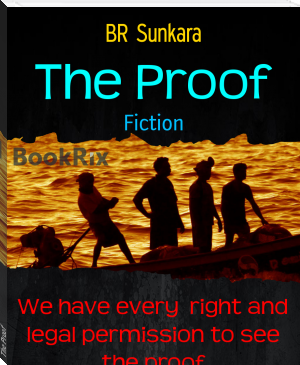 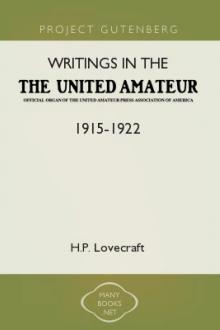