American library books » Fiction » The Angel of the Revolution: A Tale of the Coming Terror by Griffith (best fiction novels of all time .txt) 📕

Read book online «The Angel of the Revolution: A Tale of the Coming Terror by Griffith (best fiction novels of all time .txt) 📕».   Author   -   Griffith

THE ANGEL
OF THE
REVOLUTION


A Tale of the Coming Terror

WITH ILLUSTRATIONS BY FRED. T. JANE

IV. THE HOUSE ON CLAPHAM COMMON, 23

VII. THE DAUGHTER OF NATAS, 46

IX. THE BEGINNING OF SORROWS, 63

XXVIII. A SKIRMISH IN THE CLOUDS, 208

XXXIII. THE BREAKING OF THE CHARM, 247

XXXVII. THE CAPTURE OF A CONTINENT, 276

XXXVIII. THE BEGINNING OF THE END, 289

XLVIII. THE ORDERING OF EUROPE, 366

THE ANGEL OF THE REVOLUTION. CHAPTER I.

AT THE ELEVENTH HOUR.

Victory! It flies! I am master of the Powers of the Air at last!"

They were strange words to be uttered, as they were, by a pale, haggard, half-starved looking young fellow in a dingy, comfortless room on the top floor of a South London tenement-house; and yet there was a triumphant ring in his voice, and a clear, bright flush on his thin cheeks that spoke at least for his own absolute belief in their truth.

Let us see how far he was justified in that belief.

To begin at the beginning, Richard Arnold was one of those men whom the world is wont to call dreamers and enthusiasts before they succeed, and heaven-born geniuses and benefactors of humanity afterwards.

He was twenty-six, and for nearly six years past he had devoted himself, soul and body, to a single idea—to the so far unsolved problem of aërial navigation.

This idea had haunted him ever since he had been able to think logically at all—first dimly at school, and then more clearly at college, where he had carried everything before him in mathematics and natural science, until it had at last become a ruling passion that crowded everything else out of his life, [Pg 2] and made him, commercially speaking, that most useless of social units—a one-idea'd man, whose idea could not be put into working form.

He was an orphan, with hardly a blood relation in the world. He had started with plenty of friends, mostly made at college, who thought he had a brilliant future before him, and therefore looked upon him as a man whom it might be useful to know.

But as time went on, and no results came, these dropped off, and he got to be looked upon as an amiable lunatic, who was wasting his great talents and what money he had on impracticable fancies, when he might have been earning a handsome income if he had stuck to the beaten track, and gone in for practical work.

The distinctions that he had won at college, and the reputation he had gained as a wonderfully clever chemist and mechanician, had led to several offers of excellent positions in great engineering firms; but to the surprise and disgust of his friends he had declined them all. No one knew why, for he had kept his secret with the almost passionate jealousy of the true enthusiast, and so his refusals were put down to sheer foolishness, and he became numbered with the geniuses who are failures because they are not practical.

When he came of age he had inherited a couple of thousand pounds, which had been left in trust to him by his father. Had it not been for that two thousand pounds he would have been forced to employ his knowledge and his talents conventionally, and would probably have made a fortune. But it was just enough to relieve him from the necessity of earning his living for the time being, and to make it possible for him to devote himself entirely to the realisation of his life-dream—at any rate until the money was gone.

Of course he yielded to the temptation—nay, he never gave the other course a moment's thought. Two thousand pounds would last him for years; and no one could have persuaded him that with complete leisure, freedom from all other concerns, and money for the necessary experiments, he would not have succeeded long before his capital was exhausted.

So he put the money into a bank whence he could draw it out as he chose, and withdrew himself from the world to work out the ideal of his life. [Pg 3]

Year after year passed, and still success did not come. He found practice very different from theory, and in a hundred details he met with difficulties he had never seen on paper. Meanwhile his money melted away in costly experiments which only raised hopes that ended in bitter disappointment. His wonderful machine was a miracle of ingenuity, and was mechanically perfect in every detail save one—it would do no practical work.

Like every other inventor who had grappled with the problem, he had found himself constantly faced with that fatal ratio of weight to power. No engine that he could devise would do more than lift itself and the machine. Again and again he had made a toy that would fly, as others had done before him, but a machine that would navigate the air as a steamer or an electric vessel navigated the waters, carrying cargo and passengers, was still an impossibility while that terrible problem of weight and power remained unsolved.

In order to eke out his money to the uttermost, he had clothed and lodged himself meanly, and had denied himself everything but the barest necessaries of life.

Thus he had prolonged the struggle for over five years of toil and privation and hope deferred, and now, when his last sovereign had been changed and nearly spent, success—real, tangible, practical success—had come to him, and the discovery that was to be to the twentieth century what the steam-engine had been to the nineteenth was accomplished.

He had discovered the true motive power at last.

Two liquefied gases—which, when united, exploded spontaneously—were admitted by a clockwork escapement in minute quantities into the cylinders of his engine, and worked the pistons by the expansive force of the gases generated by the explosion. There was no weight but the engine itself and the cylinders containing the liquefied gases. Furnaces, boilers, condensers, accumulators, dynamos—all the ponderous apparatus of steam and electricity—were done away with, and he had a power at command greater than either of them.

There was no doubt about it. The moment that his trembling fingers set the escapement mechanism in motion, the model that embodied the thought and labour of years rose into the air as gracefully as a bird on the wing, and sailed round [Pg 4] and round in obedience to its rudder, straining hard at the string which prevented it from striking the ceiling. It was weighted in strict proportion to the load that the full-sized air-ship would have to carry. To increase this was merely a matter of increasing the power of the engine and the size of the floats and fans.

The room was a large one, for the house had been built for a better fate than letting in tenements, and it ran from back to front with a window at each end. Out of doors there was a strong breeze blowing, and as soon as Arnold was sure that his ship was able to hold its own in still air, he threw both the windows open and let the wind blow straight through the room. Then he drew the air-ship down, straightened the rudder, and set it against the breeze.

In almost agonised suspense he watched it rise from the floor, float motionless for a moment, and then slowly forge ahead in the teeth of the wind, gathering speed as it went. It was then that he had uttered that triumphant cry of "Victory!" All the long years of privation and hope deferred vanished in that one supreme moment of innocent and bloodless conquest, and he saw himself master of a kingdom as wide as the world itself.

He let the model fly the length of the room before he stopped the clockwork and cut off the motive power, allowing it to sink gently to the floor. Then came the reaction. He looked steadfastly at his handiwork for several moments in silence, and then he turned and threw himself on to a shabby little bed that stood in one corner of the room and burst into a flood of tears.

Triumph had come, but had it not come too late? He knew the boundless possibilities of his invention—but they had still to be realised. To do this would cost thousands of pounds, and he had just one half-crown and a few coppers. Even these were not really his own, for he was already a week behind with his rent, and another payment fell due the next day. That would be twelve shillings in all, and if it was not paid he would be turned into the street.

As he raised himself from the bed he looked despairingly round the bare, shabby room. No; there was nothing there that he could pawn or sell. Everything saleable had gone [Pg 5] already to keep up the struggle of hope against despair. The bed and wash-stand, the plain deal table, and the one chair that comprised the furniture of the room were not his. A little carpenter's bench, a few worn tools and odds and ends of scientific apparatus, and a dozen well-used books—these were all that he possessed in the world now, save the clothes on his back, and a plain painted sea-chest in which he was wont to lock up his precious model when he had to go out.

His model! No, he could not sell that. At best it would fetch but the price of an ingenious toy, and without the secret of the two gases it was useless. But was not that worth something? Yes, if he did not starve to death before he could persuade any one that there was money in it. Besides,

Free e-book: «The Angel of the Revolution: A Tale of the Coming Terror by Griffith (best fiction novels of all time .txt) 📕»   -   read online now on website american library books (americanlibrarybooks.com)

The Analects of Confucius by Confucius (list of e readers .TXT) 📕 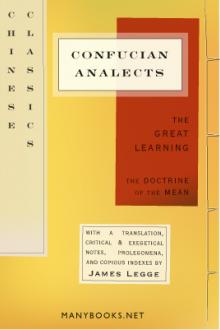 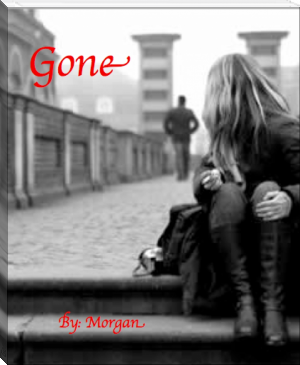