American library books » Fiction » The Food of the Gods and How It Came to Earth by H. G. Wells (best sci fi novels of all time TXT) 📕


THE FOOD OF THE GODS
AND HOW IT CAME TO EARTH By H.G. Wells

THE FOOD OF THE GODS.

CHAPTER THE FIRST — THE DISCOVERY OF THE FOOD.

CHAPTER THE SECOND. — THE EXPERIMENTAL FARM.

CHAPTER THE THIRD. — THE GIANT RATS.

CHAPTER THE FOURTH. — THE GIANT CHILDREN.

BOOK II — THE FOOD IN THE VILLAGE.

CHAPTER THE FIRST. — THE COMING OF THE FOOD.

CHAPTER THE SECOND. — THE BRAT GIGANTIC.

BOOK III. — THE HARVEST OF THE FOOD.

CHAPTER THE FIRST. — THE ALTERED WORLD.

CHAPTER THE SECOND. — THE GIANT LOVERS.

CHAPTER THE FIFTH. — THE GIANT LEAGUER.


THE FOOD OF THE GODS.


CHAPTER THE FIRST — THE DISCOVERY OF THE FOOD. I.

In the middle years of the nineteenth century there first became abundant in this strange world of ours a class of men, men tending for the most part to become elderly, who are called, and who are very properly called, but who dislike extremely to be called—“Scientists.” They dislike that word so much that from the columns of Nature, which was from the first their distinctive and characteristic paper, it is as carefully excluded as if it were—that other word which is the basis of all really bad language in this country. But the Great Public and its Press know better, and “Scientists” they are, and when they emerge to any sort of publicity, “distinguished scientists” and “eminent scientists” and “well-known scientists” is the very least we call them.

Certainly both Mr. Bensington and Professor Redwood quite merited any of these terms long before they came upon the marvellous discovery of which this story tells. Mr. Bensington was a Fellow of the Royal Society and a former president of the Chemical Society, and Professor Redwood was Professor of Physiology in the Bond Street College of the London University, and he had been grossly libelled by the anti-vivisectionists time after time. And they had led lives of academic distinction from their very earliest youth.

They were of course quite undistinguished looking men, as indeed all true Scientists are. There is more personal distinction about the mildest-mannered actor alive than there is about the entire Royal Society. Mr. Bensington was short and very, very bald, and he stooped slightly; he wore gold-rimmed spectacles and cloth boots that were abundantly cut open because of his numerous corns, and Professor Redwood was entirely ordinary in his appearance. Until they happened upon the Food of the Gods (as I must insist upon calling it) they led lives of such eminent and studious obscurity that it is hard to find anything whatever to tell the reader about them.

Mr. Bensington won his spurs (if one may use such an expression of a gentleman in boots of slashed cloth) by his splendid researches upon the More Toxic Alkaloids, and Professor Redwood rose to eminence—I do not clearly remember how he rose to eminence! I know he was very eminent, and that’s all. Things of this sort grow. I fancy it was a voluminous work on Reaction Times with numerous plates of sphygmograph tracings (I write subject to correction) and an admirable new terminology, that did the thing for him.

The general public saw little or nothing of either of these gentlemen. Sometimes at places like the Royal Institution and the Society of Arts it did in a sort of way see Mr. Bensington, or at least his blushing baldness and something of his collar and coat, and hear fragments of a lecture or paper that he imagined himself to be reading audibly; and once I remember—one midday in the vanished past—when the British Association was at Dover, coming on Section C or D, or some such letter, which had taken up its quarters in a public-house, and following two, serious-looking ladies with paper parcels, out of mere curiosity, through a door labelled “Billiards” and “Pool” into a scandalous darkness, broken only by a magic-lantern circle of Redwood’s tracings.

I watched the lantern slides come and go, and listened to a voice (I forget what it was saying) which I believe was the voice of Professor Redwood, and there was a sizzling from the lantern and another sound that kept me there, still out of curiosity, until the lights were unexpectedly turned up. And then I perceived that this sound was the sound of the munching of buns and sandwiches and things that the assembled British Associates had come there to eat under cover of the magic-lantern darkness.

And Redwood I remember went on talking all the time the lights were up and dabbing at the place where his diagram ought to have been visible on the screen—and so it was again so soon as the darkness was restored. I remember him then as a most ordinary, slightly nervous-looking dark man, with an air of being preoccupied with something else, and doing what he was doing just then under an unaccountable sense of duty.

Free e-book: «The Food of the Gods and How It Came to Earth by H. G. Wells (best sci fi novels of all time TXT) 📕»   -   read online now on website american library books (americanlibrarybooks.com)

Brat for Life by JustinKeith (ebook reader for pc and android .txt) 📕 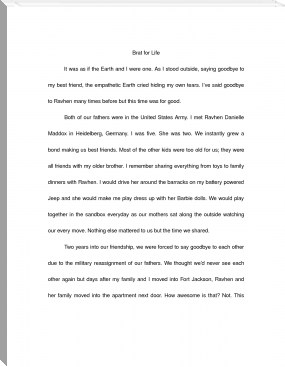 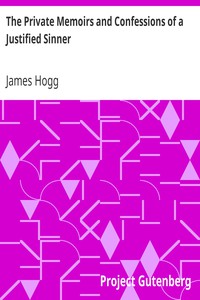