I have wrought my simple plan
If I give one hour of joy
To the boy who's half a man,
Or the man who's half a boy.

Mr. E. D. Malone desires to state that both the injunction for restraint and the libel action have been withdrawn unreservedly by Professor G. E. Challenger, who, being satisfied that no criticism or comment in this book is meant in an offensive spirit, has guaranteed that he will place no impediment to its publication and circulation.


Contents
CHAPTER   I.   "THERE ARE HEROISMS ALL ROUND US" II.   "TRY YOUR LUCK WITH PROFESSOR CHALLENGER" III.   "HE IS A PERFECTLY IMPOSSIBLE PERSON" IV.   "IT'S JUST THE VERY BIGGEST THING IN THE WORLD" V.   "QUESTION!" VI.   "I WAS THE FLAIL OF THE LORD" VII.   "TO-MORROW WE DISAPPEAR INTO THE UNKNOWN" VIII.   "THE OUTLYING PICKETS OF THE NEW WORLD" IX.   "WHO COULD HAVE FORESEEN IT?" X.   "THE MOST WONDERFUL THINGS HAVE HAPPENED" XI.   "FOR ONCE I WAS THE HERO" XII.   "IT WAS DREADFUL IN THE FOREST" XIII.   "A SIGHT I SHALL NEVER FORGET" XIV.   "THOSE WERE THE REAL CONQUESTS" XV.   "OUR EYES HAVE SEEN GREAT WONDERS" XVI.   "A PROCESSION! A PROCESSION!"


CHAPTER I "There Are Heroisms All Round Us"

Mr. Hungerton, her father, really was the most tactless person upon earth,—a fluffy, feathery, untidy cockatoo of a man, perfectly good-natured, but absolutely centered upon his own silly self. If anything could have driven me from Gladys, it would have been the thought of such a father-in-law. I am convinced that he really believed in his heart that I came round to the Chestnuts three days a week for the pleasure of his company, and very especially to hear his views upon bimetallism, a subject upon which he was by way of being an authority.

For an hour or more that evening I listened to his monotonous chirrup about bad money driving out good, the token value of silver, the depreciation of the rupee, and the true standards of exchange.

"Suppose," he cried with feeble violence, "that all the debts in the world were called up simultaneously, and immediate payment insisted upon,—what under our present conditions would happen then?"

I gave the self-evident answer that I should be a ruined man, upon which he jumped from his chair, reproved me for my habitual levity, which made it impossible for him to discuss any reasonable subject in my presence, and bounced off out of the room to dress for a Masonic meeting.

At last I was alone with Gladys, and the moment of Fate had come! All that evening I had felt like the soldier who awaits the signal which will send him on a forlorn hope; hope of victory and fear of repulse alternating in his mind.

She sat with that proud, delicate profile of hers outlined against the red curtain. How beautiful she was! And yet how aloof! We had been friends, quite good friends; but never could I get beyond the same comradeship which I might have established with one of my fellow-reporters upon the Gazette,—perfectly frank, perfectly kindly, and perfectly unsexual. My instincts are all against a woman being too frank and at her ease with me. It is no compliment to a man. Where the real sex feeling begins, timidity and distrust are its companions, heritage from old wicked days when love and violence went often hand in hand. The bent head, the averted eye, the faltering voice, the wincing figure—these, and not the unshrinking gaze and frank reply, are the true signals of passion. Even in my short life I had learned as much as that—or had inherited it in that race memory which we call instinct.

Gladys was full of every womanly quality. Some judged her to be cold and hard; but such a thought was treason. That delicately bronzed skin, almost oriental in its coloring, that raven hair, the large liquid eyes, the full but exquisite lips,—all the stigmata of passion were there. But I was sadly conscious that up to now I had never found the secret of drawing it forth. However, come what might, I should have done with suspense and bring matters to a head to-night. She could but refuse me, and better be a repulsed lover than an accepted brother.

So far my thoughts had carried me, and I was about to break the long and uneasy silence, when two critical, dark eyes looked round at me, and the proud head was shaken in smiling reproof. "I have a presentiment that you are going to propose, Ned. I do wish you wouldn't; for things are so much nicer as they are."

I drew my chair a little nearer. "Now, how did you know that I was going to propose?" I asked in genuine wonder.

"Don't women always know? Do you suppose any woman in the world was ever taken unawares? But—oh, Ned, our friendship has been so good and so pleasant! What a pity to spoil it! Don't you feel how splendid it is that a young man and a young woman should be able to talk face to face as we have talked?"

"I don't know, Gladys. You see, I can talk face to face with—with the station-master." I can't imagine how that official came into the matter; but in he trotted, and set us both laughing. "That does not satisfy me in the least. I want my arms round you, and your head on my breast, and—oh, Gladys, I want——"

She had sprung from her chair, as she saw signs that I proposed to demonstrate some of my wants. "You've spoiled everything, Ned," she said. "It's all so beautiful and natural until this kind of thing comes in! It is such a pity! Why can't you control yourself?"

"Well, perhaps if both love, it may be different. I have never felt it."

"But you must—you, with your beauty, with your soul! Oh, Gladys, you were made for love! You must love!"

"One must wait till it comes."

"But why can't you love me, Gladys? Is it my appearance, or what?"

She did unbend a little. She put forward a hand—such a gracious, stooping attitude it was—and she pressed back my head. Then she looked into my upturned face with a very wistful smile.

"No it isn't that," she said at last. "You're not a conceited boy by nature, and so I can safely tell you it is not that. It's deeper."

She looked at me with a wondering distrust which was much more to my mind than her whole-hearted confidence. How primitive and bestial it looks when you put it down in black and white!—and perhaps after all it is only a feeling peculiar to myself. Anyhow, she sat down.

"Now tell me what's amiss with me?"

"I'm in love with somebody else," said she.

It was my turn to jump out of my chair.

"It's nobody in particular," she explained, laughing at the expression of my face: "only an ideal. I've never met the kind of man I mean."

"Tell me about him. What does he look like?"

"How dear of you to say that! Well, what is it that he does that I don't do? Just say the word,—teetotal, vegetarian, aeronaut, theosophist, superman. I'll have a try at it, Gladys, if you will only give me an idea what would please you."

She laughed at the elasticity of my character. "Well, in the first place, I don't think my ideal would speak like that," said she. "He would be a harder, sterner man, not so ready to adapt himself to a silly girl's whim. But, above all, he must be a man who could do, who could act, who could look Death in the face and have no fear of him, a man of great deeds and strange experiences. It is never a man that I should love, but always the glories he had won; for they would be reflected upon me. Think of Richard Burton! When I read his wife's life of him I could so understand her love! And Lady Stanley! Did you ever read the wonderful last chapter of that book about her husband? These are the sort of men that a woman could worship with all her soul, and yet be the greater, not the less, on account of her love, honored by all the world as the inspirer of noble deeds."

She looked so beautiful in her enthusiasm that I nearly brought down the whole level of the interview. I gripped myself hard, and went on with the argument.

"We can't all be Stanleys and Burtons," said I; "besides, we don't get the chance,—at least, I never had the chance. If I did, I should try to take it."

"But chances are all around you. It is the mark of the kind of man I mean that he makes his own chances. You can't hold him back. I've never met him, and yet I seem to know him so well. There are heroisms all round us waiting to be done. It's for men to do them, and for women to reserve their love as a reward for such men. Look at that young Frenchman who went up last week in a balloon. It was blowing a gale of wind; but because he was announced to go he insisted on starting. The wind blew him fifteen hundred miles in twenty-four hours, and he fell in the middle of Russia. That was the kind of man I mean. Think of the woman he loved, and how other women must have envied her! That's what I should like to be,—envied for my man."

"But you shouldn't do it merely to please me. You should do it because you can't help yourself, because it's natural to you, because the man in you is crying out for heroic expression. Now, when you described the Wigan coal explosion last month, could you not have gone down and helped those people, in spite of the choke-damp?"

"You never said so."

"There was nothing worth bucking about."

"I didn't know." She looked at me with rather more interest. "That was brave of you."

"I had to. If you want to write good copy, you must be where the things are."

"What a prosaic motive! It seems to take all the romance out of it. But, still, whatever your motive, I am glad that you went down that mine." She gave me her hand; but with such sweetness and dignity that I could only stoop and kiss it. "I dare say I am merely a foolish woman with a young girl's fancies. And yet it is so real with me, so entirely part of my very self, that I cannot help acting upon it. If I marry, I do want to marry a famous man!"

"Why should you not?" I cried. "It is women like you who brace men up. Give me a chance, and see if I will take it! Besides, as you say, men ought to MAKE their own chances, and not wait until they are given. Look at Clive—just a clerk, and he conquered India! By George! I'll do something in the world yet!"

She laughed at my sudden Irish effervescence. "Why not?" she said. "You have everything a man could have,—youth, health, strength, education, energy. I was sorry you spoke. And now I am glad—so glad—if it wakens these thoughts in you!"

No One Can Know - Excerpt by Adrienne LaCava (e ink epub reader .txt) 📕 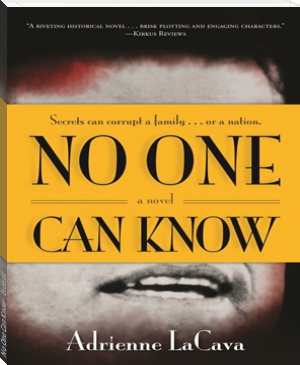 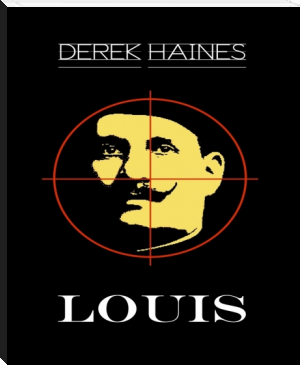