1 2 3 4 5 6 7 8 9 10 ... 27
Go to page:
*** START OF THIS PROJECT GUTENBERG EBOOK TWENTY-FIVE GHOST STORIES *** Produced by David Edwards, Chuck Greif and the Online Distributed Proofreading Team at http://www.pgdp.net (This book was produced from scanned images of public domain material from the Google Books project.)

“There are more things in heaven and earth, Horatio,
Than are dreamt of in your philosophy.”
—Hamlet.

This collection of ghost stories owes its publication to an interest that I have long felt in the supernatural and in works of the imagination. As a child I was deeply concerned in tales of spooks, haunted houses, wraiths and specters and stories of weird experiences, clanking chains, ghostly sights and gruesome sounds always held me spellbound and breathless.

Experiences in editorial offices taught me that I was not alone in liking stories of mystery. The desire to know something of that existence that is veiled by Death is equally potent in old age and in youth, and men, women and children like to be thrilled and to have a “creepy” feeling along the spinal column as the result of reading of a visitor from beyond the grave.

This volume contains the most famous of the weird stories of Edgar Allan Poe, that master of this form of literature. “The Black Cat” contains all the needed element of mystery and supernatural, and yet the feline acts in a natural manner all of the time, and the story is quite possibly true. It is only in the manner of its{6} telling that the tale becomes one that fittingly finds its place in this collection.

Guy de Maupassant, the clever Frenchman, is also represented by two effective bits of work, and other less widely known writers have also contributed stories that are worth reading, and when once read will be remembered. There is not a story among the twenty-five that is not worthy of close reading.

There has recently been a revival in interest in ghost stories. Many of the high-class magazines have within a few months printed stories with supernatural incidents, and writers whose names are known to all who read have turned their attention to this form of literature.

Whether or not the reader believe in ghosts, he cannot fail to be interested in this little book. Without venturing to express a positive opinion either way, I will only say with Hamlet: “There are more things in heaven and earth, Horatio, than are dreamt of in your philosophy.”

For the most wild, yet most homely narrative which I am about to pen, I neither expect nor solicit belief. Mad indeed would I be to expect it, in a case where my very senses reject their own evidence. Yet, mad am I not—and very surely do I not dream. But to-morrow I die, and to-day I would unburden my soul. My immediate purpose is to place before the world, plainly, succinctly and without comment a series of mere household events. In their consequences, these events have terrified—have tortured—have destroyed me. Yet I will not attempt to expound them. To me they have presented little but horror, to many they will seem less terrible than baroques. Hereafter, perhaps, some intellect may be found which will reduce my phantasm to the commonplace—some intellect more{8} calm, more logical, and far less excitable than my own, which will perceive in the circumstances I detail with awe nothing more than an ordinary succession of very natural causes and effects.

From my infancy I was noted for the docility and humanity of my disposition. My tenderness of heart was even so conspicuous as to make me the jest of my companions. I was especially fond of animals, and was indulged by my parents with a great variety of pets. With these I spent most of my time, and never was so happy as when feeding and caressing them. This peculiarity of character grew with my growth, and in my manhood I derived from it one of my principal sources of pleasure. To those who have cherished an affection for a faithful and sagacious dog, I need hardly be at the trouble of explaining the nature or the intensity of the gratification thus derivable. There is something in the unselfish and self-sacrificing love of a brute, which goes directly to the heart of him who has had frequent occasion to test the paltry friendship and gossamer fidelity of mere Man.

I married early, and was happy to find in my wife a disposition not uncongenial with my own. Observing my partiality for domestic pets she lost no opportunity of procuring those of the most agreeable kind. We had birds, goldfish, a fine dog, rabbits, a small monkey and a cat.{9}

This latter was a remarkably large and beautiful animal, entirely black, and sagacious to an astonishing degree. In speaking of his intelligence, my wife, who at heart was not a little tinctured with superstition, made frequent allusion to the ancient popular notion, which regarded all black cats as witches in disguise. Not that she was ever serious upon this point—and I mention the matter at all for no better reason than that it happens, just now, to be remembered.

Pluto—this was the cat’s name—was my favorite pet and playmate. I alone fed him, and he attended me wherever I went about the house. It was even with difficulty that I could prevent him from following me through the streets.

Our friendship lasted, in this manner, for several years, during which my general temperament and character—through the instrumentality of the fiend Intemperance—had (I blush to confess it) experienced a radical alteration for the worse. I grew, day by day, more moody, more irritable, more regardless of the feelings of others. I suffered myself to use intemperate language to my wife. At length I even offered her personal violence. My pets, of course, were made to feel the change in my disposition. I not only neglected them, but ill-used them. For Pluto, however, I still retained sufficient regard to restrain me from maltreating him, as I made no scruple of maltreating the rabbits, the monkey{10} or even the dog, when by accident or through affection they came in my way. But my disease grew upon me—for what disease is like alcohol! And at length even Pluto, who was now becoming old, and consequently somewhat peevish—even Pluto began to experience the effects of my ill-temper.

One night, returning home much intoxicated from one of my haunts about town, I fancied that the cat avoided my presence. I seized him, when, in his fright at my violence, he inflicted a slight wound upon my hand with his teeth. The fury of a demon instantly possessed me. I knew myself no longer. My original soul seemed, at once, to take its flight from my body; and a more than fiendish malevolence, gin-nurtured, thrilled every fiber of my frame. I took from my waistcoat pocket a penknife, opened it, grasped the poor beast by the throat, and deliberately cut one of its eyes from the socket! I blush, I burn, I shudder while I pen the damnable atrocity.

When reason returned with the morning—when I had slept off the fumes of the night’s debauch—I experienced a sentiment half of horror, half of remorse, for the crime of which I had been guilty; but it was, at best, a feeble and equivocal feeling, and the soul remained untouched. I again plunged into excess, and soon drowned in wine all memory of the deed.

In the meantime the cat slowly recovered.{11}

“One night, returning home much intoxicated.”

The socket of the lost eye presented, it is true, a frightful appearance, but he no longer appeared to suffer any pain. He went about the house as usual, but, as might be expected, fled in extreme terror at my approach. I had so much of my old heart left as to be at first grieved by this evident dislike on the part of a creature which had once so loved me. But this feeling soon gave place to irritation. And then came, as if to my final and irrevocable overthrow, the spirit of perverseness. Of this spirit philosophy takes no account. Yet I am not more sure that my soul lives than I am that perverseness is one of the primitive impulses of the human heart—one of the indivisible primary faculties or sentiments which give direction to the character of man. Who has not, hundreds of times, found himself committing a vile or silly action, for no other reason than because he knows he should not? Have we not a perpetual inclination, in the teeth of our best judgment, to violate that which is Law, merely because we understand it to be such? This spirit of perverseness, I say, came to my final overthrow. It was this unfathomable longing of the soul to vex itself—to offer violence to its own nature—to do wrong for the wrong’s sake only—that urged me to continue and finally to consummate the injury I had inflicted upon the unoffending brute. One morning, in cold blood, I slipped a noose about its neck, and hung it to{13} the limb of a tree; hung it with the tears streaming from my eyes and the bitterest remorse at my heart; hung it because I knew that it had loved me, and because I felt it had given me no offense; hung it because I knew that in so doing I was committing a sin—a deadly sin that would so jeopardize my immortal soul as to place it, if such a thing were possible—even beyond the reach of the infinite mercy of the most merciful and most terrible God.

On the night of the day on which this cruel deed was done, I was aroused from sleep by the cry of “fire!” The curtains of my bed were in flames. The whole house was blazing. It was with great difficulty that my wife, a servant and myself made our escape from the conflagration. The destruction was complete. My entire worldly wealth was swallowed up, and I resigned myself thenceforward to despair.

I am above the weakness of seeking to establish a sequence of cause and effect between the disaster and the atrocity. But I am detailing a chain of facts, and wish not to leave even a possible link imperfect. On the day succeeding the fire I visited the ruins. The walls, with one exception, had fallen in. This exception was found in a compartment wall, not very thick, which stood about the middle of the house, and against which had rested the head of my bed. The plastering had here, in great measure, resisted the{14} action of the fire—a fact which I attributed to its having been recently spread. About this wall a dense crowd were collected, and many persons seemed to be examining a particular portion of it with very minute and eager attention. The 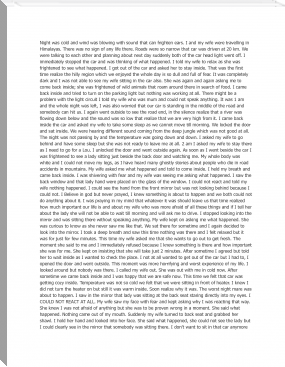 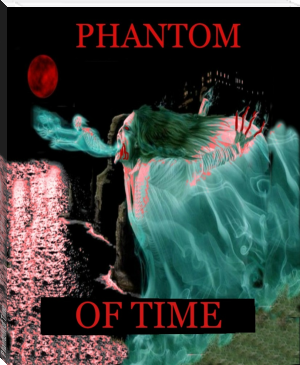 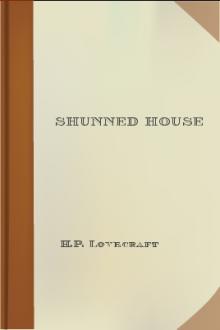 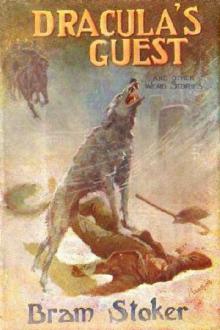 The Phantom by Amber Beck (psychology books to read txt) 📕 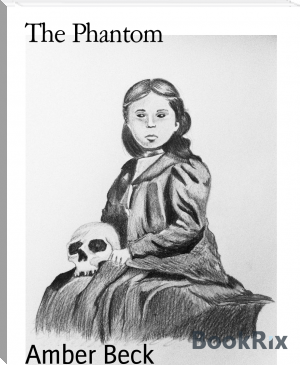