Amazon will not update readers when an author comes out with a new book unless you follow that author on the store. So please make sure you click this link and then click on the follow button. Once you follow me on Amazon, you will get an update email from them a few weeks after my next book comes out.

If you want to get notified of my books the day that they come out, make sure you join my newsletter on my website. Then I’ll email you as soon as they are published.

It was a sweltering day in June, and the blazing Arizona sun felt like a searing knife that cut through my skin. I could see how, back when this place was undeveloped desert, travelers made delirious by the scorching heat, would do things like hallucinate lakes and rivers. It wasn’t a whole lot better now.

The air conditioner at Steele Productions was on the fritz, and the cast room full of Sedona’s acting community had that uncontrolled feeling of helpless unproductivity, combined with the smothering, choking, lethargy of energy sucking heat.

My girlfriend Vicki and I sat at the table reading, and I fought the urge to call it an afternoon. We were supposed to be Martha Washington and Thomas Jefferson respectively, but right now, I doubted the film would withstand the first rehearsal.

The writer and director had spent the afternoon at each other’s throats, which should have happened behind the scenes, but apparently the writer had not seen the final screenplay and was appalled at its ever evolving adaptation.

“But,” the writer Alfred Dumont insisted to director Jerry Steele, “I don’t think Lord Cornwallis would have smoked peyote with the Native American tribes. He was the head of the largest military in the world!”

Dumont was an odd fellow, and he preferred to be addressed as The Count. Rumor was he’d traced his ancestry back about a hundred and fifty years and was found to be descended from French aristocracy. It did occur to me the French aristocracy didn’t fare too well in the end, but I guess this was immaterial to The Count.

He was a skinny, spectacled man and arrived to the set each day in full Revolutionary War era costume. He spent the first day explaining to us each article of clothing and how they were used by the fashionable elite of the day.

Now, Jerry looked exasperated, but he clearly attempted to assuage The Count.

“It’s all about the audience,” Jerry explained.

Jerry Steele was a pushy overweight man who wore baggy shirts and old baggy jeans and thought he was Michael Moore. He wasn’t. He was an underachieving ex-news reporter who decided to be a filmmaker, produced terrible movies, and called them art.

I wouldn’t have even dealt with him if Vicki hadn’t twisted my arm to do this movie.

“We want it to speak to our audience,” Jerry continued. “We want to make it relevant and edgy.”

I smirked as I tried to figure out what the last year was that MTV could have been called edgy.

“No,” Jerry said. “The American Revolution was edgy, subversive, and dangerous. These people were by all accounts criminals and terrorists, to put it in today’s language. Let’s make it hip and relatable to a fresh audience.”

“I understand your concern,” The Count said with a placating tone that meant the speaker clearly did not understand at all. “but you have lost the very essence of my book.”

Jerry sighed. “Listen, Alfred, why don’t you work on Revere’s ride scene? We’ve got the soundtrack in now, so let’s make him like the original spy, like the Matrix or something. Make him like Jason Bourne, and doing parkour moves off the roof of the Old North Church.”

“Just for the record, would you like to tell me exactly how many popular culture references you would like to misappropriate for this picture? Just so I’m clear,” The Count snarled and then turned on his heel.

An assistant wheeled an ice chest full of bottled waters into the room, and a cheer went up as the condensation from cold beverages sweated and smeared our scripts.

“Community theatre,” I muttered to Vicki as I wiped water off my printout. “Gotta love it.”

She rolled her eyes, and a paper airplane whizzed over our heads.

“But just so you know,” I heard a familiar voice say, “I’m not wearing any kind of wussy costume, what with tights and all. Sam Adams was a man!”

I smirked at Vicki, and we both laughed.

Horace Uvalde was one of our former legal clients. He was a burly tattooed man, with a handlebar mustache, and I would estimate came in somewhere around three hundred very intimidating pounds. The image of him in colonial era knickers … was not appealing. I guess he felt the need to make his sentiments known to the costume director, who sighed.

“Hello, Horace,” I cut in to give the poor woman a break.

He smiled once he saw us.

“Henry and Vicki,” he said. “I heard you guys were in this. Who are you guys supposed to be?”

His smile lit up his face. “Welp, I was pretty upset the city council asked old prick Steele to do this production rather than my own theatre.”

I snickered. Horace owned his own theatre, and it was, well, avante garde.

“So,” he continued, “I was going to run a smear campaign against Steele Productions, all their dirty laundry and all. And what do you know, Jerry Steele 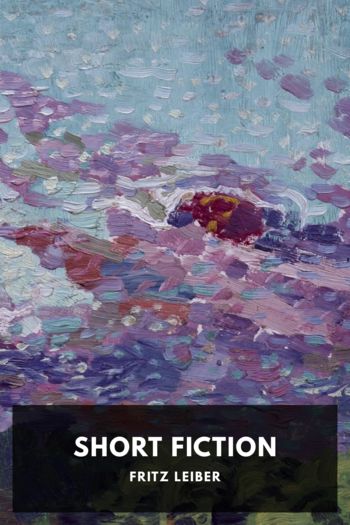