Heaven had once been beautiful. Now it was as desolate as my soul.

For months I'd been trapped here among the empty ruins of this once great civilization, under the sun that never truly set. Though I'd been born here thousands of years ago, living in Hell for so long had changed me. I desperately longed for night, for even one minute of complete darkness, but such a thing was not to be found in the Land of Light.

All I knew was a burning rage that simmered below my skin, fueling me in place of food or water or sleep. I needed none of those things now that I was an Elder God. I'd become War, second Horseman of the Apocalypse, and my purpose was to sow chaos and discord—as soon as I escaped. I had to find a way back to the human world to find the woman who had imprisoned me here. To kill her.

As I gazed across the shimmering ocean before me, I patted the neck of Strife, my one companion in this wretched place. The smell of brimstone and the sound of hoofs against the stone had become as familiar to me as breathing during our time here. Like me, my trusted steed required no sustenance, and no matter how hard or fast he ran, he never grew winded or fatigued. He'd simply appeared after I'd become War, and though he couldn't speak, we had a connection I didn't understand yet couldn't question. I was a Horseman, and Strife was my horse. It was that simple.

I nudged Strife across the white, gleaming sand toward the flowing waves. He moved faster than any horse, as fast as the sports cars I used to drive when I lived among the humans. Together we'd raced across Heaven for so long I'd lost track of the days as we searched for a thin spot between worlds. We’d checked all the places in Heaven that I knew had once been portals to the other realms, where I might be able to use my power to break through to Earth. All but one.

The Bermuda Triangle. Also known, rather fittingly, as the Devil's Triangle. There was a reason humans tended to go missing there. I hoped to exploit it.

White-hot rage burned in my gut as I pictured the woman who had trapped me here, and I squeezed Strife with my calves and heels, urging him to go faster, ride harder. Anything to get us out of this place so we could begin enacting our revenge.

Her alluring face had consumed my thoughts since the moment she'd disappeared through that portal, leaving me imprisoned in Heaven with Strife. I couldn't stop thinking about what I would do with her once I found her. I would bend her to my will, force her to her knees, make her pay for what she'd done. I would utterly destroy her. And then I would destroy her world.

Soon, war would spread across Earth, and then into all the other realms. Angels, demons, humans, fae—none would be spared my wrath, and all would bow to me. As it always should’ve been. As was my right.

I was the King of Demons. I was a Horseman of the Apocalypse. I was a god.

I urged Strife into the waves, where his hooves skimmed across the surface of the water. He could run over sea or land, desert or snow, it didn’t matter. I spread my wings as we rushed across the dark blue ocean, enjoying the feel of the salt water on my skin and feathers. I held on with my knees and spread my arms, relishing in the power coursing through me. War had strengthened me, given me divine and righteous purpose. Nobody could stand against me. Not anymore.

After hours riding across the waves, I sensed something up ahead, a change in the air, a tingling sensation across my skin. We grew closer with every stride, and I wiped saltwater from my face for the thousandth time as I focused on the small island with an unmistakable magical signature.

Long ago, the realms of Heaven, Hell, and Faerie had permanent gateways open to Earth, and ancient monuments had been erected at the sites of them. When these gateways were closed, many of the locations became old ruins, like Stonehenge, or Chichen Itza. Others were lost in time, like the Hanging Gardens of Babylon or the Lighthouse of Alexandria. This spot was one of the latter, an island that no longer existed on Earth, though it remained here in Heaven.

Using my knees, I urged Strife up onto the sand. Ancient stones of a once-great civilization loomed before me. This island had been abandoned long before Archangel Michael closed off Heaven permanently, and all that was left were a few crumbling pillars and stone walls covered in overgrown vines. Palm trees and lush green vegetation had taken over, but Strife had no problem finding a path through it until we found the center of the island. The large stones here formed a circle around a thin sliver of light, shining like a ray of pure sunshine, suspended in midair. Just a tiny tear in the veil between the worlds, but it was enough.

Strife pawed impatiently at the sandy dirt with his hoofs and blew fiery air out his nose. I felt it too. Humanity. Desperation and decay, with a strong tinge of passion and fear. The feel of their world beckoned me toward it. I’d found my way to Earth. Soon I 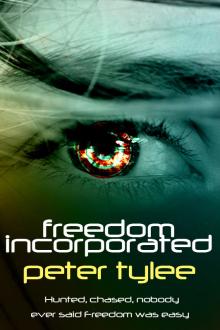 The Horror in the Museum by H. P. Lovecraft (funny books to read .TXT) 📕 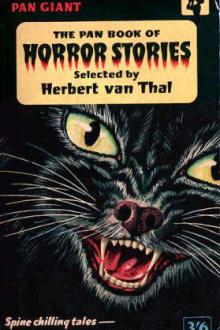