A Letter From The Author

The Nord Isles are a fictional group of islands set off the coast snuggled in between North Wales, Ireland and the North West of England. Our protagonist, Cara, has been living on one of the islands called Bwytheney for fifteen years. She is a writer with a successful blog Nord Isle Living. She becomes the Nord Isles’ amateur sleuth almost by accident. Follow her and her trusty sidekick, Shadow the border collie as they solve mysteries on these islands.

The first book, Murder on Bwytheney is available now and more in the series will follow very soon.

To discover the latest news and be the first to hear when Elizabeth M. Newby releases new titles, sign up to the Nord Isles Newsletter here.

"Shadow, Shadow, come back!" I ran across the wet sand towards the sea, senses on full alert. My heart was pounding against my ribs, and I was trying and failing to suck in enough air. In seven years, Shadow had never left my side, let alone gone tearing off. It was fair to say he was faster on his feet than me. He paused at the water's edge and began barking, which gave me a chance to catch up.

It was early in the morning, but Islethorpe’s beach was already filling up with a mixture of tourists hoping to catch some rays and locals taking their morning walks in the brisk air. I was aware of eyes trained on me. Who was this strange woman, feet flailing, as she attempted to run across the beach and grab her out of control dog? The shame.

As I caught up to Shadow, I bent over, trying to get my breath back, "What is it, boy? What's wrong?" He was still barking and was staring out to sea. Usually, Shadow's only interest in this salted water was to play chase with the waves.

The sun was low, and so I cupped my hand over my eyes to see what was upsetting my boy. There in the distance, I could see an orange inflatable of some kind. I couldn't work out if it was a boat or one of those sunbeds for lazing around in a pool. It was drifting further out, and a small hand was waving. A distant shout drifted in on the breeze. That’s what was upsetting Shadow.

By now, a sense that there was something wrong was spreading up on the beach. A woman in her thirties was stood with a man, looking around. “Fred? Freddie? Where are you?”

“HELP! HELP! There’s a boy out there,” I screamed, waving my arms madly in the air.

I could hear the woman screaming, but I was scanning the beach to see if help was coming. I could swim. But barely. There were a couple of men running towards the shoreline, one of whom I recognised.

Matthew Jones lived at the B&B farmhouse not far from the clifftops. He was also a volunteer with the local island rescue service. He would know what to do. As he dived into the water, Shadow ceased barking, knowing that his job was done. The alarm was raised, and action was under way. He lay down a few feet from the water’s edge, waiting for both Matthew and the child to return to shore.

Taking a deep breath, I pulled out my phone and called the emergency services, followed by the local doctor, who was likely to be quicker on the scene. As I ended the calls, I switched over to the camera app and started snapping. First Shadow and then the gathering crowds, being careful to avoid the distraught parents holding each other. That kind of reporting would never go down well on Bwytheney or any of the other The Nord Isles. It's part of the attraction of this place.

Matthew seemed to have reached the child and was beginning to make his way back. He was still too far out for me to get a decent shot, though. Within a couple of minutes, they were nearing the shore. Matthew stood, water up to his thighs, cradling a boy in his arms who looked about nine years old. His blonde hair flopped over Matthew's elbow. The boy's parents rushed forward, their feet at the edge of the water.

The boy lifted his head and turned towards the beach, “Sorry, mum.”

With some careful framing, I managed to get a shot of Matthew and the back of the boy’s head as they came out of the water. A local hero saves a boy but nothing to identify the child.

Shoving the phone back into my pocket, I pulled off my coat and ran over to wrap it around the boy's shoulders, who was now sat on the sand. Shadow was back at my side. But he soon lay down on the boy's legs, leaned against his chest and sniffed his face. It was as if he knew the boy needed warming up.

“Thank you, thank you all so much. I don’t know what I’d do if…” the boy’s mother wept.

"No, problem. I'm glad I was here. And I think we all owe thanks to Shadow," said Matthew with a smile.

Matthew's wife, Bronwen, made her way down the beach, slipped her hand into her husband's and leaned on his shoulder, "I think we need to get you home."

“Yeah, you’re right. Think I need a change of clothes and to warm up in front of the fire.”

Not long after, the doctor arrived in his Land Rover. “What’s your name, then?” he asked the boy.

“Oh, don’t you worry about that. I can see you’ve been in good hands with the people of Bwytheney.”

The Water of the Wondrous Isles by William Morris (best ereader for textbooks .txt) 📕 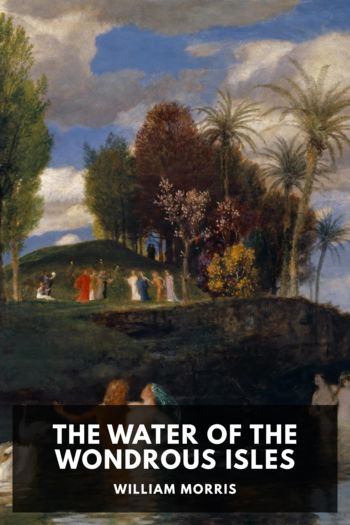 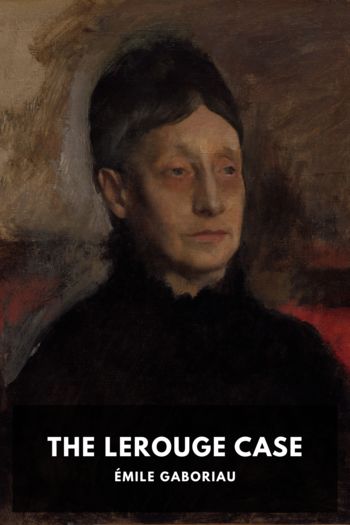