-“The Second Renaissance”, The Animatrix

It had all started out so promising. A series of impossible decisions had been impressed upon my father and through his actions our shelter had made their way outside for the first time in nearly three generations. For a while, it was good. The shelter had worked its way through a devastating epidemic that killed hundreds. Recovering from that had been the hardest uphill climb our group could ever have faced.

Or so I thought. Now I stand at the eve of another battle, and this one we may not come back from.

You’d think that my father had brought back the holy grail. While I was busy tending our lifesaving potato plants, Dad and Marcus had been busy exploring our new home. When his group returned that evening, word about the discovery of a piece of new tech had spread through the shelter like wildfire. The tablet was passed around from person to person, never far from my father’s watchful eye. Since Gabriel, Dad had developed a kind of paranoia about technology. He found it even less trustworthy these days than before an insane artificial intelligence had tried to murder him horribly. You couldn’t blame him, really. Dad’s insistence to follow the unknown piece of tech everywhere it went earned him a few strange looks but I knew better. He wouldn’t leave the thing alone until he was convinced that it wasn’t going to do harm to him or anyone else.

The few scientists we had left tried their best to decrypt the nature of the device. They attempted to attach every piece of equipment they had to the tablet in order to give it access to our intranet but nothing happened. The sleek device emitted a few short beeps and spoke no more. No amount of poking or prodding appeared to get the machine to do anything other than continue its random chirping and squawking.

One night I asked to borrow the tablet. Dad was not a fan of the idea. I don’t think he wanted to let the device be alone with his only daughter, despite the fact that his only daughter is middle-aged and the best botanist in the shelter. No amount of intelligence or expertise was going to convince him that the thing was safe so I went to my tent with a promise to scream loudly if attacked. I got a scowl for that one. No matter our ages, it still gave me a thrill to annoy my grumpy old Dad.

I pulled open the tent flap to find Eliza already there. She was propped up in her sleeping bag, her own tablet perched on her lap as she scrolled mindlessly through engineering schematics. I crawled in next to her and took the tablet gently from her hands. She smiled and put an arm around me before kissing me soundly.

“Hello wife,” she chuckled. “And may I say what a joy it is to lay next to someone who doesn’t absolutely reek of dirt and fertilizer this evening.”

“I know, I’m the best.” I grinned and held up the tablet Dad had found. “I even brought you a present!” At the sight of the unfamiliar device Eliza hesitated. She was an engineer by trade and though she thought Dad’s newfound fear of the unknown was irrational, she tended to be suspicious of new things. Too many times having something blow up in her face-sometimes literally. Eliza took the tablet from me delicately and turned it over.

I stretched and plopped down into my sleeping bag. “Seems so. Awfully scary, isn’t it?”

She smiled thinly. “I can’t but help echo your father’s sentiments about unknown discoveries at this point. When I promised to stick with you for the rest of my life I didn’t imagine that included fighting off killer robots and lethal viruses together.” I laughed and snuggled closer to her. Our colony was growing steadily with new houses being constructed everyday, but preference was given to the vulnerable. As long as we were both healthy, we were roughing it until everyone else had been taken care of.

“You gonna take it apart?” There were few things in life that gave Eliza as much joy as taking apart something to understand how it worked. One of the pioneers of psychology once said that we fall in love with those most like our parents. I had to admit that he was a little bit right. Gross, but right.

“Hm. You think I should?” Her eyes twinkled. “At the very least it would show it who’s boss.”

“Go for it. Just try not to blow up the tent, all right?” The labors of the day were wearing on me more heavily than I anticipated. We had hauled as much technology out of the shelter as possible; the only things missing were farming equipment. Every living plant in the hydroponics lab had been hooked up to monitors that updated their hydration 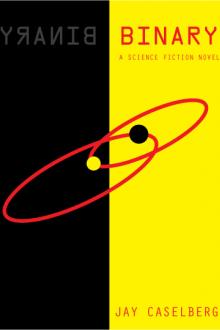