In memory of my friend Heather Belles. You were so radiant you made the sun blink.

Other Books By Ernest Dempsey

Visit ernestdempsey.net to get a free copy of the not-sold-in-stores short stories Red Gold, The Lost Canvas, and The Moldova Job.

While you’re at it, swing by the official Ernest Dempsey fan page on Facebook at https://facebook.com/ErnestDempsey to join the community of travelers, adventurers, historians, and dreamers. There are exclusive contests, giveaways, and more!

Lastly, if you enjoy pictures of exotic locations, food, and travel adventures, check out my feed @ernestdempsey on the Instagram app.

What are you waiting for? Join the adventure today!

Daniel and Carolyn Ellerby: Archaeologists and parents of Desmond Ellerby.

"They who seek to establish systems of government based on the regimentation of all human beings by a handful of individual rulers…call this a new order. It is not new, and it is not order."

The Khan sat in silent contemplation upon the throne. He rested his chin on a forefinger and stared at the dirt floor. The tent walls flapped in a gentle breeze. One of the servants stoked the fire in the center of the room to keep the confines warm.

Jani Beg may have been gazing aimlessly at the floor, but his focus remained discreetly on the servant. The man stoking the fire knew this and did everything he could to stay calm as he performed his tasks, knowing that the slightest cough or stumble could result in his execution.

When the flames in the pit flickered vibrantly, Jani Beg Khan ordered the servant to leave.

The man gave a curt nod and immediately exited through the yurt's only door. As he stepped through the opening, the man pulled his tunic up over his mouth to cover his nose and mouth before shutting the door.

The leader of the Golden Horde continued to stew as the minutes passed. A range of emotions boiled and frothed inside him, fighting a war none could win. What should have been a relatively easy military victory had turned into a disaster.

While the city of Kaffa had solid defensive capabilities—primarily in the form of concentric walls—Jani Beg didn't fear the Genoese merchants who ran things. They were traders, not soldiers. They still had access to the main ports, which Jani Beg couldn't efficiently blockade, but getting their supplies and reinforcements via the ocean took time, an asset he had on his side.

Until the sickness struck.

A few perimeter guards took ill first. They complained about feeling warm and chilly all over. Their other symptoms were less discreet. The retching and coughing spread rapidly throughout the camp, along with several other disturbing symptoms.

Jani Beg had been unable to sleep in recent nights, so loud had grown the sounds of the sickened men. Some moaned in the darkness, adding to the misery.

Then they began to die, a few at first, then dozens as the sickness ran like wildfire through the encampment until half the Khan's forces were dead.

He'd done everything he could to contain the disease, taken measures to prevent more of his men from falling ill, but nothing seemed to work. It was as if his entire army had been cursed with a plague.

How had it all come to this? He wondered at the thought, considering every step of the offensive up to this point.

With his forces decimated, he would have no choice but to withdraw and retreat back to his homeland to recover and regroup. He loathed the notion of retreating, especially from a city of merchants who'd literally done nothing but sit there and wait to die.

A groan of agony came from somewhere nearby, too close for the Khan's comfort. He'd done everything he could to distance himself from the sick, but he didn't know how the disease spread. It was anyone's guess whether or not his measures would be effective.

Every time he caught a tickle in his throat or felt a twinge of pain in his stomach, paranoia rushed in to greet him and bring prophecies of his demise—another victim to the illness that had destroyed his campaign.

Jani Beg had resigned himself to defeat. That lingering certainty was unshakeable at this point. Perhaps in the future, he could return with a new army and raze Kaffa to the ground, expelling all the infidels within. The vision of the Genoese filth fleeing on their ships gave him the only moments of satisfaction he'd been 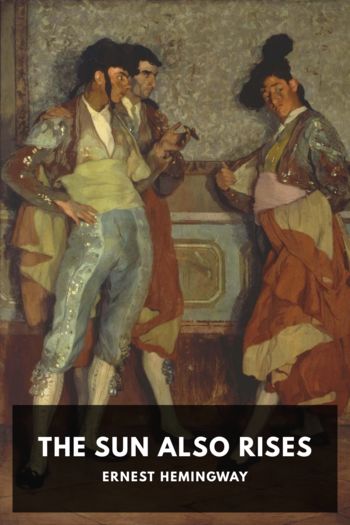 The Secret of the Stones by Ernest Dempsey (reading fiction .TXT) 📕