All yesterday’s dead men, and the dead horses too, were slowly becoming visible in the predawn light that came staining slowly across the field. Instead of blackness, the sky was the color of nothingness now. The leader realized that he hadn’t slept at all, hadn’t even taken off his armor. No matter; his next sleep was likely to be long enough.

Out of the mist on his right a figure materialized, and he turned to face it, donning out of habit a leader’s confident smile.

“When’ll we fight again, sir?” the man asked after a silent pause. A useless question, of course. But something to say.

“As soon as the sun’s well up.” A useless, unnecessary answer, too, though in his practiced leader’s voice it sounded like some decision that he’d just confidently taken.

“There’s a many of ’em, sir.” Through the opaque grayness that still hid the enemy camp, some hint of their numbers could now be heard in morning stirrings.

“Aye, and few of us.” Thank all the gods, he had no need to make a rousing speech now. He and the men who still remained with him were past all that. Any who were not bedrock firm in loyalty had long since gone. He’d say a few words of thanks to them, if he was given the chance.  “Go rouse the men. It won’t be long now. Stay—see that the wounded are all armed. We can retreat no farther, with the lake behind us, and none will choose to be taken prisoner, I think. Not by Comorr, and Falerin, and … and

then bring up my horse.”

Now, for a little while, the leader stood once more alone. His own wound, he thanked the gods, was in his left arm and not his right. He’d still be able to use his sword to good effect when the time came. Soon now, probably no time for even a speech of thanks. No speeches and no agonizing over plans. Planning, along with hope, had vanished sometime yesterday. No, days ago, when the man who was his true right arm had … gone away.

No, he thought again. Months before that, really. There had been no real hope since that same man had been disabled, since—as he’d put it himself—the great stone had come down upon him.

Over there beyond the mist, across the field, men were shouting, taunting, laughing confidently. They knew he hadn’t managed to get the remnant of his army away during the night. Their own skilled magicians had seen to that. Now they were already mounting horses over there, ready to begin what would be a slow, confident advance.

That great, damned stone, months past, had crushed all hope. Now the leader had nothing to do but wait …

The dead man centered in the pearly glow of the two portable spotlights sat slumped against an interior angle of the wall behind him, as if he had got his back against those dingy bricks, and had then died fighting. This minor peculiarity of position aside, the scene really held nothing out of the ordinary, Joe Keogh thought. Not for a blind turn in a dark alley off this particular street in this particular neighborhood of Chicago. So far, Joe was not impressed. In his current assignment, the Pawn Shop Detail, corpses were no part of his day to day routine; still, in a dozen years with the CPD, he had seen violent death more than a few times, and in a variety of forms.

“I don’t know ’im,” Joe now repeated patiently. He was standing with hands on hips as he continued to gaze at the victim’s waxen, gray-stubbled face.

It was the beginning of a warm night in June, and Joe was wearing his suit coat open, shoulder holster barely out of sight. Up and down the alley air conditioners and exhaust fans howled softly or whined shrilly behind grilled windows, gasping a mixture of smells out into the city twilight: incongruous innocent pizza, the fumes of stale beer, and who knew what else besides. In some room behind some section of these ageless bricks some instruments were maintaining a steady, muted pounding that to someone must be music. Another sound offstage somewhere, this one evidently passing for laughter, kept phasing in and out of audibility. There was, as everywhere and anytime in the city, background traffic noise.

“Is that what you wanted to know?” Joe inquired, when Charley Snider still didn’t answer him.  “Or am I here for something else?”

Snider, Lieutenant of Homicide, was occupied at the moment with lighting a cigarette. Match flame glinted orange on his dark black face, pale on the pink of his cupped palms. There were a couple of patrolmen in the alley also, one standing just on either side of the bright circle cast by the lamps that had been brought in to help with the photography.

“There’s no blood, you see,” Snider commented at last, words modulating a long puff of smoke. He threw the match down carelessly; nobody was going to crawl around on the floor of this alley on hands and knees, trying to figure out what brand of match the killers might have dropped. Charley was a big man, now going a little bit to gut and jowls, but having in reserve a lot more speed, mental as well as physical, than showed on the surface.

“No blood,” Joe repeated, after a short delay. His own reaction must have sounded slow, but deep inside him something had been very quickly triggered. Memories, no more than a few years old, but with an ancient feeling to them. Now it begins again …

“His throat’s been cut, you see,” Charley informed him. “I think it opened the jugular, the carotid artery, the whole shmear. The M.E. just got through commenting on what a neat surgical job.” 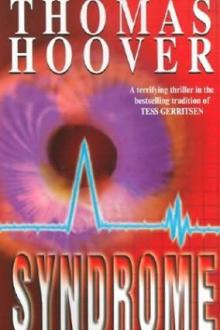 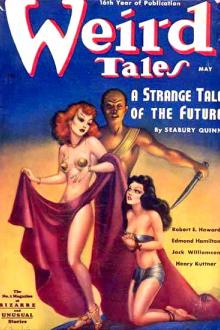