American library books » Other » The Girl I Used to Be by Heidi Hostetter (that summer book .txt) 📕

The Girl I Used to Be

A gripping and emotional page-turner

The Girl I Used to Be

A Light in the Window

The Shore House (Available in the UK and the US)

A Letter from Heidi

The only thing worse than arriving late for an appointment is arriving early.

Arriving early smacks of desperation, and Jillian DiFiore Goodman was not desperate. She was, however, beginning to perspire. She’d parked her car across the street from her appointment, in the shade of a leafy tree, and had cracked the windows, but the late September sun was merciless. Worse, the cicadas humming in the trees overhead meant the day would only get hotter. Jill shifted her position, feeling the cool leather seat underneath her, and breathed in the new-car smell, still a whisper in the air. She swatted a gnat from her face and glanced at the clock on the dashboard.

Across the street was the Brockhurst mansion, the site of her interview. Stately and imposing, it was one of the original homes in this upscale New Jersey neighborhood. A stone castle tucked behind sturdy iron gates, filled with mystery and old money. The front of the house was covered with ivy, a wall of boxwoods lined the front garden, and a lacy Japanese maple anchored the courtyard. The rumor was that the Brockhurst money came from the gold rush out west and had been brought east to buy respectability for an otherwise unremarkable family. Of course, no one would dare question their wealth now, because the Brockhurst money had bought respectability, and everyone wanted a piece of it.

Within the stone walls lived Georgiana Brockhurst, matriarch of the family. A formidable woman, she was said to be a generous philanthropist and noted patron of the arts. Her reach was wide, and her personal taste influenced much of the art world along the East Coast. She sat on the boards of the finest museums and galleries in the tri-state area. She’d promoted literacy and education programs too, but her passion was firmly within the arts. In fact, Georgiana Brockhurst was known to mentor emerging artists and that made Jill nervous. Because Georgiana Brockhurst was who Jill was scheduled to meet.

Jill glanced at her portfolio on the passenger seat again, if only to reassure herself that she’d brought it, that she had everything she needed. Then she placed her palms on her stomach to quiet the butterflies. They’d gotten worse in the minutes leading up to the interview and Jill had to remind herself to breathe.

At least Libby would be there.

Libby Brockhurst, the only granddaughter of Georgiana Brockhurst, was engaged to a man from an equally prominent family, and Jill wanted to photograph Libby’s bridal portrait.

The wedding would mark the union of two of the East Coast’s finest families. The planning alone had taken the better part of a year, and details had been mentioned in society pages in New York, New Jersey, and Connecticut at least half a dozen times. The affair would start at the Brockhurst mansion with a private party for family and close friends. St. Patrick’s Cathedral in New York City had been reserved for the ceremony, and rumor had it that guests were expected to fill the pews to capacity. They’d booked the Plaza Hotel for the reception, where Jill had it on good authority that all three ballrooms had been reserved, with separate catering and entertainment in each. Afterward, family and close friends would return to the Brockhurst summer home in East Hampton for a final reception.

Jill’s best friend Ellie Monahan had been hired to help and had inside information. Among other things, she’d told Jill that every wedding vendor within two hundred miles had been competing for a chance to work the Brockhurst wedding. Competition was so fierce, she’d said, that the Brockhursts had hired private security just to keep them away.

Jill wanted a chance too, but she knew better than to stand in that line.

She had another way in.

It was true that she and Libby Brockhurst didn’t share the same social circle, but they did share a spin class. Three mornings a week they began their day on a stationary bike in an air-conditioned studio overlooking the Village Green. One day after class, had Jill plucked up her courage and invited Libby for coffee in a nearby café. Jill had done her research beforehand—she’d googled the wedding photographer the family had hired and visited his website to study his work. So when the time was right, over non-fat lattes, Jill proposed a unique approach for Libby’s bridal portrait. She’d found an abandoned warehouse in Brooklyn, with crumbling brick walls and exposed pipes, where sunlight filtered from antique windows onto original hardwood floors. The texture and the setting would provide the perfect counterbalance to Libby’s heirloom gown. Jill envisioned stark black and white for some portraits, then a transition to color, adding ferns and delicate ivy to soften the effect of the stark backdrop. Jill had concluded her pitch with a Pinterest board created especially for Libby, and Libby had loved it.

But they both knew the final decision—that all decisions—rested with her grandmother.

A few days after that coffee, Jill had been invited to the mansion to present her ideas for Libby’s portrait to Georgiana Brockhurst. And that was why, at this moment, she sat across the street from the Brockhurst mansion, sweating through an ivory silk blouse and coordinating Marc Jacobs tweed blazer: for a chance.

With eight minutes until her interview, Jill turned the ignition on. After allowing herself a

Similar e-books:
The Girl I Used to Be: A gripping and emotional page-turner by Heidi Hostetter (good inspirational books txt) 📕 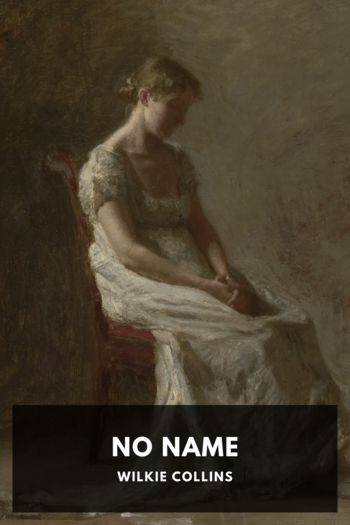