The Prince I Love to Hate

The Heir Affair Book One

This book is a work of fiction. The names, characters, places and incidents are products of the writer’s imagination or have been used fictitiously and are not to be constructed as real. Any resemblance to persons, living or dead, actual events, locales or organizations is entirely coincidental.

The Prince I Love to Hate

All rights reserved. No part of this book may be reproduced in any form or by any electronic or mechanical means, including information storage and retrieval systems, without written permission from the author, except for the use of brief quotations in a book review.

“You have got to be kidding me,” I said as the taxi driver stopped in front of the house.

No, it wasn’t a house. It was a mansion. More accurately, it was an entire estate.

The driver gave me a strange look. “You touring this place?”

“Yeah, kinda.” I handed him a few Euros and opened the car door, rather wishing I could ask him to go with me. But he’d already driven off by the time I’d been tempted to turn around and ask him to tour the place with me.

Okay, tour wasn’t the right word. Wrap my head around what I was seeing would be more accurate.

I mean, I’d known that Grandda Gallagher had been rich—he’d left me a rather large inheritance, after all—but this rich? I’d somehow missed that memo.

“He probably buried gold bars in the backyard,” my older brother Liam had said darkly before I’d flown from Seattle all the way to Ireland. “Along with all of the bodies.”

As far as I knew, our grandda hadn’t been a murderer—just a judgmental arsehole, as Liam liked to call him. Or when Liam was feeling polite, he called Grandda by the moniker Old Man Gallagher. Liam never called him Grandda or Grandfather or Grandpa. Liam had hated our grandda for how he’d treated our mam, and even when he’d died, Liam hadn’t forgiven him.

I swallowed, my throat dry. Why had I wanted to come to Dublin again? I should’ve stayed in Seattle making lattes for tech nerds with terrible social skills. Having some guy named Chad get passive aggressive with me because I’d forgotten to leave room in his Americano for cream would be preferable to whatever it was I was doing now.

The ocean behind me was the only noise besides my heart pounding in my ears. There were stairs down to the harbor; above, stairs to the house. Or mansion. Was that a fucking turret? Geez, this was straight out of a fairy tale.

When a real life, actual butler answered the door, I almost started laughing. Instead, I wished that I’d changed out of my ratty t-shirt and even rattier sneakers at the airport. The only person who I thought would be here was Grandda’s lawyer, Mr. McDonnell.

“Um,” I said, as the butler stared down his nose at me. “I’m Niamh Gallagher.”

The butler didn’t even blink, but his lip curled ever so slightly, most likely from hearing my flat, American accent. “Right this way, miss,” he said blandly. As he turned, I was surprised I didn’t hear creaking noises, like a mannequin being repositioned in a store window.

The butler led me upstairs to what could only be described as a parlor. Or was it a sitting room?

The room itself faced the ocean, and I was drawn to the large bay windows. I could smell the sea salt in the air, the windows wide open and curtains dancing lightly in the breeze.

A telescope sat nearby, and I couldn’t help but lean down and peer into it. I could make out some boats in the water, along with some gulls circling. One dove into the water and came up with a wiggling fish.

As I was waiting for Grandda’s lawyer, Mr. McDonnell, to arrive, I began to explore the room: with the white walls and the similarly white and oak furniture, I had a feeling no one ever ate anything like lasagna in this place.

I wondered if Grandda had decorated this place himself, but given what Liam had always told me about him, I doubted it. He’d seemed too focused on controlling Liam and me from afar, or earning gobs of money, to care what kind of furniture was in his palatial mansion.

I looked at my phone. Had the butler forgotten to tell Mr. McDonnell I was here? Maybe the butler hadn’t been oiled enough this morning and had frozen in place as he’d gone in search of this mysterious lawyer, like the Tin Man in The Wizard of Oz.

I poked my head out of the sitting room: the hallway was deserted. Well, I was the previous owner’s granddaughter, and currently no one technically lived here, so I could explore without getting in trouble, right?

I began to wander, taking in the view of the ocean from various windows, enjoying the artwork on the walls. Liam, a photographer, would certainly enjoy the various collections of photographs in this place.

As I rounded the corner in the opposite direction from where I’d come with the butler, I found a door that led to an outdoor terrace that was filled with a variety of potted plants. It was a beautifully sunny day, and I shaded my eyes against the bright sunlight.

When Mr. McDonnell had sent me that infamous letter asking me to come to Dublin for some business regarding Grandda’s estate, I hadn’t thought much of it. Grandda had died five years ago, leaving me a sizable inheritance that had paid for my college tuition at Harvard the following fall. 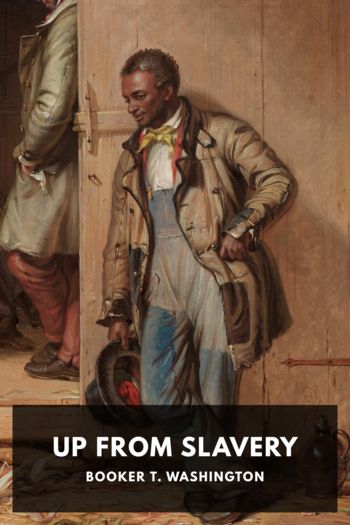