American library books » Other » Against the Tide Imperial: The Struggle for Ceylon (The Usurper's War: An Alternative World War II B by James Young (story reading txt) 📕

Against The Tide Imperial

1. To the Shores of Madagascar

3. The Nightmare Slips Its Moorings

5. …With A Striking Castle

7. The Neutrality of Electrons

This book is a work of fiction. The names, characters, places, and incidents are products of the writer’s imagination or have been used fictitiously and are not to be construed as real. Any resemblance to persons, living or dead, actual events, locale or organizations is entirely coincidental.

Against the Tide Imperial

Images Copyright Held by Author As of 2020

All Rights Are Reserved. No part of this book may be used or reproduced in any manner whatsoever without written permission, except in the case of brief quotations embodied in critical articles and reviews.

For Kevin Wohler. Friend, author, and shining example of how to face adversity with dignity.

To the Shores of Madagascar

Who will remember, passing through this Gate,

The unheroic Dead who fed the guns?

Who shall absolve the foulness of their fate—

Those doomed, conscripted, unvictorious ones

Murder was never one of my strong suits, Captain Jacob T. Morton, skipper of the heavy cruiser U.S.S. Houston, thought. But damn if I’m starting to get the hang of it.

“Contact One continuing on course oh four zero true,” the talker said, his voice seemingly loud in the gloom of the Houston’s bridge. “She continues to be followed by Contacts Two through Twelve, range holding steady at twelve thousand yards.”

“Contact One” was the first of two large blips on the U.S.S. Houston’s radar. Jacob did not completely understand the new fangled rotating antenna mounted on the heavy cruiser’s superstructure. What he did understand was that it allowed Lieutenant Commander Willoughby, his gunnery officer, to lay the heavy cruiser’s guns on the correct bearing and greatly assisted in guessing a hostile vessel’s speed. With visibility just below eight yards, the Houston would have to wait to fire once positive identification was made.

Totally oblivious, and clearly used to the Indian Ocean being their bailiwick since the war resumed. Well, we’re about to change that. The Italians had inherited several of Great Britain’s colonies in the aftermath of the Treaty of Kent. While some considered that document to have ended what had been deemed the Second World War, Jacob had problems with that terminology.

The fact that the Brits lost the Second Battle of Britain and some asshole seized his niece’s throne doesn’t mean it’s not the same conflict. I’m sure as hell not fighting to put some teenager back in Buckingham Palace.

“Destroyers should be going in anytime now, Captain Morton,” Commander Osborne Farmer, Royal Navy, stated. The officer was staring intently at the stopwatch in his hand. “I have faith you’re about to be made a prophet.”

I don’t know if he’s being facetious or is actually hopeful I’m right, Jacob thought, nodding at the Commonwealth officer’s comment. A tall, gaunt man with a scarred face thanks to a German shell, Commander Farmer was a liaison officer from Her Majesty’s Commonwealth Ship (H.M.C.S.) Repulse. The older battlecruiser, flagship of Task Force (TF) 24.2, was eight hundred yards behind Houston in the pre-dawn haze. Following the Repulse at similar intervals was the H.M.C.S. Exeter, and then the U.S.S. Nashville. Six destroyers, the Commonwealth Garland, Griffin, and Hasty, along with the American Porter, Phelps, and Winslow, had surged forward into the mist to launch torpedoes. Four more DDs, the U.S.S. Farragut, Dewey, Monaghan, and Preston, continued to maintain an anti-submarine screen around their larger charges.

I didn’t expect anyone to actually read that tactics proposal for our next combat operation. Nevermind attempt to carry out.

“Sir, lookouts can see Contact One,” the talker stated, his voice rising a couple of octaves.

“Bloody hell, those torpedoes would not have arrived yet,” Farmer muttered as Jacob brought his own binoculars up. The ever present haze prevented him from getting a good visual on the contacts, but he could just make out two shapes similar in size to the Houston.

“How much longer?” he asked.

“Probably two to three minutes,” Farmer replied anxiously after glancing at his watch.

“We don’t have time to wait,” Jacob stated, then turned to the talker. “Tell guns he may engage Contact One.”

“Aye aye, sir,” the talker replied quickly. As the man relayed Jacob’s orders, the Houston’s captain brought his binoculars back up just in time to see one of the darkened shapes starting to signal the approaching American cruiser.

Well, we’re about to answer that signal in a way you’re not expecting. Tall and wiry, Jacob had been nicknamed “The Stork” due to his gangly physical appearance. As many a boxing opponent had found out, his frame’s awkwardness belied a relentlessly aggressive nature. The vessel currently sending a lazy query towards the Houston was about to find out just how much Jacob had ingrained “hit hard, hit fast, hit often” into the crew since he had become the vessel’s captain.

The Houston’s searchlights illuminated a vessel roughly her own size with all four turrets trained fore and aft. From her lines, Jacob recognized she was Italian, not British, and felt slightly less guilty at what was about to be a brutal shock.

My God, they don’t even have their turrets manned. His observation was immediately followed by the brilliant flash of Houston’s No. 1 and No. 2 turrets unleashing six 8-inch shells.

The unwitting target of the Houston’s ire was the Italian heavy cruiser R.M.S. Trento. A contemporary of the Houston, the vessel was similarly armed with four pairs of 8-inch guns, faster, and roughly two thousand tons greater displacement. Unfortunately for 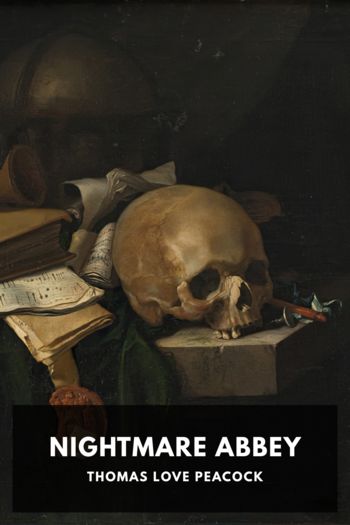 The Place of the Lion by Charles Williams (i can read book club .txt) 📕 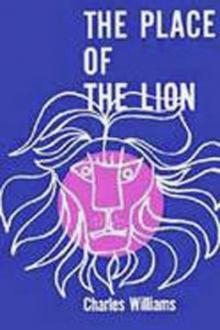