“Like a cascade of boulders, each rock passing energy to the next, the collapse of the American Empire started small. Nobody imagined a dirty bomb in the Middle East could trigger a militia uprising in a two-horse town in America, force the death of a massive power plant, gut-punch the stock market, unleash civil disorder on the West Coast, and scare two Filipino tribesmen into detonating a nuclear device. Alone, none of those events was capable of toppling the most expansive empire the world had ever seen.

But where one boulder will fail, an avalanche may yet succeed.”

Jeff Kirkham’s thermal scope swarmed with hundreds of white hot bodies converging on the Homestead. With snow covering the forest floor and the afternoon moving toward evening, he could see their heat signature, even through the forest canopy.

Jeff dropped the priceless FLIR thermal monocular in a pocket on his chest rig and charged down the trail to his off-road OHV vehicle. He slapped the door latch, popping it open and tossed his considerable, muscle-bound bulk behind the steering wheel. As soon as the engine turned over, he stomped on the gas and roared down the trail, narrowly avoiding flipping it around the snow-slick, hairpin corners.

As Jeff raced toward family and friends, now fighting for their lives inside the Homestead fence, his right hand bobbled the tomahawk in and out of a loop on his battle belt.

Jeff carried the ATC tomahawk on twenty-four deployments around the world with the Green Berets—from the Philippines, Haiti, Iraq and the endless mountains of Afghanistan. He’d never once used it in hand-to-hand combat. He justified the tomahawk’s place in his kit by telling himself that it inspired fear in his enemies. It harkened back to the Norse warriors. He didn’t know if he really was nordic, somewhere in the muddled crisscross of American breeding, but the warrior code of the Norse spoke so strongly to his soul that, if nothing else, he believed himself an adopted son.

In the failing light and with friendlies everywhere, the tomahawk would be his go-to weapon. As a Special Operations Force “SOF” commando, it had been burned into the stringy core of Jeff’s brain stem: never, ever, send a bullet downrange without control of what it will kill. Or, in the rules of shooting: know your backstop. Shooting in and among the men, women and children of the Homestead could lead to a “friendly,” blue-on-blue casualty, and Jeff would no more risk that than he would fire bullets willy-nilly into his own home. Odds were good he would need a blade.

Jeff heard rifle and handgun fire in the heart of the Homestead compound. This would be a battle like no other he’d experienced, he felt it in his bones. This was the fight he’d feared most since coming home to a broken nation—the kettle of human misery finally boiling over and sweeping his wife and boys up in the churning chaos. A mob.

They had a lot of stored food at the Homestead—and that might be their death sentence. The group had prepared for collapse to an almost obscene degree: food, water, defense, power, medicine, communications. When the world upended and the teeming mass of urban consumers didn’t just lay down and die, the Homestead’s larders went from being a good thing, to being a very bad thing.

As the OHV howled around the bend in Crestview Drive, Jeff’s worst nightmare appeared, teeming through the Homestead gate; hundreds, maybe thousands of famine-struck people.

Jeff’s team had reinforced the perimeter fence around the thousands of mountain acres, and for what it was worth, that effort funneled the mob through the main gates. Jeff hadn’t seen a soul climbing the chain link fence and razor wire.

Even so, the mob had made short work of the fortifications at the main entry. They’d already pushed through the heavy gate, charged up the four hundred meter driveway and were spreading throughout the compound like a plague of locust.

The mob had originated from the refugee camp clustered around the North Barricade, a mile down the hill. Jeff had seen them flooding up the serpentine streets of the Oakwood development. The refugee camp had built slowly next to their outer barricade. It filtered around Oakwood Heights over the past month. They were desperate people hoping for table scraps from the Homestead and the once-wealthy neighborhood that surrounded it.

Oakwood had been a wealthy, hillside enclave in “the before”—the kind of neighborhood that handed out full-size candy bars on Halloween; the kind of Mormon suburb with more than their share of food storage. At the upper edge of that neighborhood sat the Homestead.

Through the rumor mill, through suburban mythology, maybe even through the raw intuition of human desperation, tens of thousands of nearby residents knew about Oakwood and the Homestead. They somehow smelled the food from across their smoldering 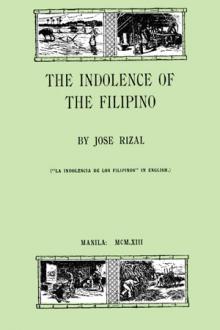