“I believe that this is one of those unique stories thatwould leave the reader with an impression that canrelate to the readers own personal experience.”~ Angie Edwards: Books 4 Tomorrow

“Joseph Beekman weaves a tale of intrigue, suspense,laughter and jubilation.”

All Rights Reserved. No part of this book, or any bookassociated with the title series, Little Orphan Anvil, may beused or reproduced in any manner whatsoever withoutwritten permission, except in the case of brief quotationsembodied in articles and/or reviews.~ With heartfelt appreciation and dedication:

~ Tale Two, The Shades of Fate

~ Tale Three, The Gravelands of Fate

~A Tale of Magic and Metal

In a faraway realm, in the shadows of a forgotten land,an old woman secreted herself away behind the walls ofan orphanage, in a lonely little village.

Some years earlier, a community of blacksmithswithin her former homeland—the Land of Iron andAnvil—had uncovered ancient mechanical secrets of along buried technology. For centuries, this mechanicaltechnology had been a mystery, lost to the frayed fabricof time.

In the Land of Iron and Anvil, the hard-laboredmen and women lived and worked among massivemetal and steel structures, building giant machines formining and drilling in the dormant volcanoes to thesouth. It was in these volcanoes that they searched forthe secrets of this technology that would bring metal tolife!

When the secrets had been unearthed, and theybegan tinkering about with their discovery usinghammer and anvil, they soon found that their skills asiron and metal craftsmen had created metallic creatureswhich they decided to call robot-droids.

“Now here was a magic!” they voiced; a magicthey could truly believe in and put to a practical use,rather than purely the magic of sorcery that had beentheir only custom and belief for hundreds of years.

However, there was this strange, old woman, andher refusal to conform to these “disturbing and forgotten mechanical” ways, that invited bitter resentmenttowards these blacksmiths. She soon felt the push toleave: for it was her own belief that magic and sorcerywere the only ways one should forever live by.

And so it was, in the Land of Shadows, that theold woman sought to make a new home for her magicbeliefs. But little did the humble villagers know, hertrue means were to rule not only this land, but rule theentire realm itself with a darker slight of hand.

As the overseer of an old mansion for orphans,she schemed and planned, always envisioning thedownfall of her former land and its faith in science. Bytwisting the powers of the magic that she and manyothers had believed in for countless centuries, she hadthus, created a sorcery of sorts that would eliminate therobot-droids and bury the belief in such “monsters.”

Unbeknownst to her, an old man from the oldland had come to this village seeking a life of solitudeand peace. He quickly learned that all of the elder andable men of this village had left long ago to join a warover land ownership throughout the realm. It was adirty and ugly war which had been ongoing for sometime in the far north.

After a few months the old man began feeling arenewed belief in his old talents, and started helping outaround the fields near the orphanage: repairing watercanals, tending to an old barnyard and its upkeep, andeven constructing a windmill for a simple means ofenergy. He kept himself busy.

Eventually the old man saw fit to bring forth hisiron and anvil skills for a greater good, and sooncreated his most favored construction: a robot-droid.This, he’d hoped, would allow the poor orphans moretime to play and use their imaginations—rather than theconstant hardship and work he knew they must endure.

But this renewed inspiration of his would not bewithout a price…

~Iron Will and the Orphanage

A metallic pounding noise echoed hauntinglyacross the withering fields of what had once beenthriving grape orchards. An old wooden barn stood outin this tarnished landscape, its exterior peeling awaywith many unkempt years.

In a low-lit corner of the barn sat an old man, hisback hunched over as he swung a large hammer downonto an iron-plated piece of metal. Sparks flew aboutevery time the hammer struck, making tiny reflectivesparkles on his round-rimmed spectacles.

From the top rafters a small cat made itsappearance and let out a loud meow. The old manstopped halfway into another hammering and glancedupwards at the cat.

“Well, well—ol’ Stella; I haven’t seen ya for anage!” the old man said with a wide grin and raspyvoice. “Yep, almost done with this here robot-droidthat you watched me working on a month ago!”

The cat leapt down and landed on a woodenstump near the old man. Purring softly, the cat laiddown and looked over at the nearly completed robotdroid; constructed using a hammer and an anvil. Therobot was partially covered with a burlap sack.

“Yes, my dear lady,” the man sighed, setting thehammer down as he reflected on the dormant robot.“This should be about it. This little droid should proveto that old woman at the orphanage my good intentionsof letting those children have the chance they deserve—the 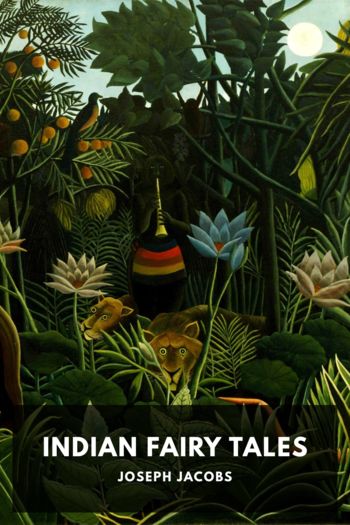