There was nothing I loved more on a hot summer day than getting an invite from my friend Izzy to come lounge with her by her brother’s lavish pool. We sat side by side in our separate lounge chairs, sipping cocktails while we gossiped, laughed, and sunbathed.

“Hey, you two,” her brother Jack called out from the back patio—looking ridiculously slick in his white linen pants and Versace button-up. “Lunch is served!”

I drew my sunglasses down to the tip of my nose and studied the feast being brought out by their house staff. Suddenly, I began to realize this was not just an ordinary social call. They obviously had something up their sleeve, or they wouldn’t have gone to so much trouble.

Not that the Landsons went through any trouble themselves beyond ordering their staff around, but even that was something for them. I wasn’t sure if I should feel special or trapped.

Izzy and I peeled our sweaty bodies up from the chairs and joined him at the table under the shade of the umbrella, wrapping up in our long, sheer covers as we went.

“Mmmm, is that shrimp cocktail?” I asked as we approached the table.

“The best shrimp cocktail you’ve ever had,” Jack nodded proudly.

We settled in around the table, and I couldn’t help but get that anxious longing that struck me from time to time. I wanted to have my own bean-shaped inground pool tucked into the backyard of my manor, complete with maids to wait on me hand and foot.

I grew up with that kind of treatment, but my father was the type who believed in working hard to earn your way in life. Which meant I was cut off from hefty unsolicited payments from his wallet the moment I graduated college. I was on my own now, and if I wanted the kind of lifestyle I was accustomed to, I’d have to earn it.

I didn’t resent my father’s standards for me. I agreed with them wholeheartedly. I saw it as more of a challenge, and I intended to rise to the occasion. I was going to make my own way and my own fortune.

We were only ten minutes into lunch when their real motives became clear. Jack cleared his throat and announced, “So, Cat…I have something to run by you.”

“Mmm-hmm,” I smiled. “I knew there was something. Whatcha got for me?”

I leaned forward and waited eagerly to hear what he had to say. It was no secret that I was on the prowl for the perfect business venture now that college was out of the way. Along with my father’s strict ideals, I also inherited his lust for the thrills of the high-dollar business world.

“You know my friend, Lucas Meadows?” he went on.

“The dating app guy?” I nodded.

I knew more than I was letting on. Everyone knew that Jack had just put Izzy through hell by parading her around the world as Heartstring’s most coveted bachelorette. He was brought on to work for the successful, quickly rising company and just had to drag Izzy into it with him. It worked out for both of them since they both managed to accidentally find love through the company—even though Jack was supposed to be one of their executives. Not one of their clients.

“That’s right,” he said. “Well…we’ve been talking for a while now, and we believe the time has come for us to sell the company.”

I nearly choked on my bloody mary when he said it. “You want to sell Heartstring!?”

“The time is right,” he told me, raising his brows. “The intention was always to build it to the top, then sell it off to reap the profits. Better to do it now while it’s at its strongest, before something goes wrong.”

“Fair enough. So…what’s that got to do with me?”

As much as my lofty confidence would love to convince me that they would consider me a potential buyer, we all knew I didn’t have access to those kinds of funds. My father certainly wouldn’t just give them to me either. I also didn’t have the reputation or history to take on something so big on my own. Not yet anyways.

“We were thinking maybe your father would be interested,” he replied.

Once again, I struggled to swallow another sip of my drink down. But this time I managed to contain myself as I sat the glass back down to the table and looked over to Jack with a snide smile. “You know damn well my father is too busy to take on such a huge venture at this point in his life. He has too much on his plate as it is and is going to have to do a mad dash of dumping projects and selling things off if he’s going to stand any chance at retiring before he’s in his grave.”

I said it so coldly, only half-joking. But the words still caught in my throat. My father, Mark Whitaker, was in perfect health and still going strong. Even still, the thought of him one day leaving this world was hard to handle. That’s how close we were. I needed him to live forever.

“That’s what I said,” Jack grumbled, rolling his eyes over to Izzy.

“And I said he could handle it,” she retorted. “With your help.”

“Hmmm.” I leaned back in my chair and considered it.

Daddy wasn’t going to hand me anything—not money or a job, or 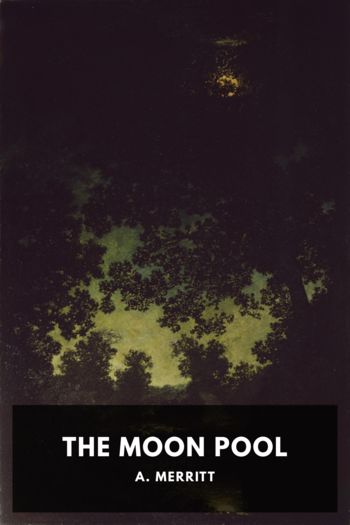