There was nothing Gabriel Moretti enjoyed more than the squeaky-clean, sparkling-with-possibilities, fresh-start feeling of every food truck season. He stood back and admired the new sign emblazoned on the side of the truck. It read, in a fun bright green script, On a Roll, which was not only an adorable name that totally referenced the mobility of his truck, but his specialty. He’d originally begun with his nonna’s famous meatball and red sauce recipes, and then boosted his popularity by putting everything together on one, soft, garlic butter-slathered Italian roll.

Nonna’s Kitchen on Wheels had been a perfectly serviceable name, especially when he’d still been a Southern California spinoff of his family’s famous chain of Italian restaurants in Napa. But the meatball sub had become famous last season, and he’d spent the short Los Angeles off-season prepping for a new name that matched his bestselling item.

Truthfully, there was barely an off-season in LA. The weather made food trucks viable most of the year, but a lot of trucks took Thanksgiving through February off—the first big food festival officially kicking off the new season each year.

Gabriel looked up and saw Tony Blake, both a friend and fellow food truck owner, standing, arms crossed over his chest, admiring the new logo on the shiny stainless steel side of the truck.

“Thanks,” Gabriel said. He was trying very hard not to be overly proud of himself. But he was. His family had all said this food truck thing was never going to work out, not for him anyway. “People want to eat at a table with a knife and fork,” his oldest brother, Luca, had insisted. “They don’t want to chase a truck around.”

Gabriel had never been prouder than when he mailed a check to Luca, paying off almost all of his family’s investment from the last season’s profits.

No—that was not completely accurate.

He’d never been happier. Because the food truck doing well and not only supporting him, but allowing him to put money into the bank? It meant he could stay down in Los Angeles and away from all his mouthy, interfering, and unbelievably nosy family.

Gabriel loved each and every one of them, but they were a hell of a lot easier to deal with when they were several hundred miles away.

“I think changing your name was a great idea,” Tony said, meandering closer as Gabriel put the finishing buff on the already shiny side of the truck. “But you might want to rethink what you’re changing it to.”

“What?” Gabriel glanced up. “What are you talking about? This name is perfect.”

But Tony just shrugged. The concerned look in his blue eyes was a lot more worrying than his casual attitude. “Maybe if you don’t mind sharing a name with another truck.” Tony pointed across the busy festival lot, to where trucks were parked on the other side. And sure enough, to Gabriel’s incredulity, there was a food truck—shining white, with a crisp red logo painted on it—that proclaimed that it was also On a Roll.

That did not make Gabriel feel any better. He still felt like marching right over to the other truck and giving them a piece of his mind. After all, he’d done meticulous Google searches, making sure that there were no other trucks with that name in the Los Angeles area. When he’d looked into it, there hadn’t even been any trucks in California with the name he’d eventually settled on.

And yet, there one stood. Taunting Gabriel with its fresh paint and bright red logo.

“What are they even serving?” Gabriel asked, filling his voice with scorn so that Tony wouldn’t hear the disappointment. He’d worked so hard last year, and even during the off-season, when a lot of food truck owners actually managed a vacation. He’d done it all so he could say proudly that he’d succeeded where his family had expected that he’d fail. He’d done it for space and for self-respect, and he’d gone into this season with so much hope and optimism that he’d felt like the sky was the limit.

Well, the sky was looking a hell of a lot closer to the ground now.

“Looks like some kind of healthy crap,” Tony said. “Wraps? Something like that. Dairy-free. Vegan? God only knows.”

“So he likes vegetables?” Gabriel would have to be living under a rock not to know that the hottest trend was food trucks that served food you didn’t feel guilty eating.

He liked vegetables just fine—as long as they were cooked into his meatballs with lots of butter and cheese.

“That’s probably a good guess,” Tony said. “We could go over there and find out?”

“I have stuff to do. Sauce to finish. Meatballs to cook.” Gabriel shoved his hands into his jeans pockets. “Maybe I’ll go over there after the dinner rush is through and do some reconnaissance.”

“Yeah”—Tony nodded—“might be better to be less confrontational about it.” Which was laughable, because Tony was one of the most hot-headed people that Gabriel had ever met. And he was Italian.

Tony wandered off, losing interest, the way he probably assumed Gabriel was doing, back towards the food truck he co-owned with his brother, Wyatt.

But Gabriel was definitely not smart enough to leave well enough alone. He already knew that basically nothing was going to prevent him from going over there right now, but he hadn’t wanted to do it with Tony looking over his shoulder, cataloging every word of the exchange for juicy gossip later.

Tossing his cleaning rag into the truck, Gabriel stomped over to where the copycat truck sat.

It was only a third of the size of Gabriel’s own, barely big enough for one 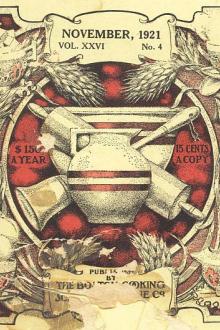