Next Exit, Dead Ahead

Next Exit, Use Caution

Next Exit, One Way

Next Exit, No Outlet

About The Oslo Affair

As Europe reels from the Nazi’s defeat of Poland, a young woman is thrust into war – and into the crosshairs of a Soviet agent.

Evelyn Ainsworth is just coming to terms with the sudden death of her father when an unexpected meeting in London exposes family secrets, changing everything she thought she knew. Faced with the task of traveling to Oslo to meet with a double agent, it’s time for the new MI6 agent to show her worth. But nothing can prepare her for what awaits her in the streets of Norway.

Caught between a ruthless SS agent and the Soviet NKVD, Evelyn races to stay one step ahead of an enemy who seems to know her every move.  And as she navigates through the complex web of the intelligence underworld, one thing becomes alarmingly clear: the war is just beginning.

And someone is determined to keep her out of it.

Throughout the fall of 1939, England and France were in the midst of what is known as the Phony War. After advancing through Poland in four weeks, the German and Soviet forces had stopped, victorious. Many believed that they would not go any further and that their objectives had been completed. The Phony War only served to reinforce that belief.

Others, however, knew that Hitler would not stop now. Training and rearmament became a priority, as did the need for information. While the rest of the world watched and waited, England and France reluctantly mobilized their forces, all the while hoping that further bloodshed could be averted.

“It is evil things we shall be fighting against, brute force, bad faith, injustice, oppression and persecution.”

The door to the hotel swung open and a tall, lean man entered, glancing around the busy lobby as he shook off the rain. The sun was just sinking outside, casting light shadows over the city as patrons came and went through the ornately crafted entrance. After studying the people around him for a moment, the man turned to stride towards the counter. As he approached, the manager looked up and a smile crossed his face as he moved to the end of the counter to greet him.

“Welcome back, Herr Lyakhov! It’s been a long time!”

“Thank you, Herr Denzler. It’s nice to be back.” Vladimir Lyakhov set his traveling case down by his feet. “I see it’s very busy this evening.”

“It’s that time of year.” Herr Denzler pulled a pad of check-in cards from beneath the counter, turning it so that Vladimir could fill one out. “How long will you be staying with us?”

“I’m here only for the weekend,” Vladimir said, picking up the offered pen and scrawling his name onto the card. “I’m meeting an old friend while I’m here. Can you tell me if he’s checked in yet?”

Vladimir finished filling out the card and set the pen down, looking up. “Robert Ainsworth.”

The manager frowned thoughtfully for a moment.

“I don’t believe I’ve seen Herr Ainsworth recently,” he said. “However, let me check. He may have come in earlier. Just a moment.”

Vladimir nodded and watched as Herr Denzler moved away to the far end of the counter where he proceeded to flip through a catalog of cards identical to the one Vladimir had just filled out. While he waited, he turned and scanned the faces in the lobby once again.

“I’m afraid Herr Ainsworth has not checked in yet.” Herr Denzler was back, shaking his head apologetically. “Would you like me to inform you when he arrives?”

“Yes, thank you.” Vladimir turned back with a smile. “I only have a limited amount of time this trip and it would be disappointing to miss him.”

“I understand.” Herr Denzler turned to retrieve a room key. “I’ll send a messenger up as soon as he arrives. Here is your room key. You’re on the third floor. Do you need assistance with your bags?”

Vladimir picked up his bag and turned away from the desk, moving towards the caged lift at the back of the lobby. He moved past a group of chattering young people and glanced over his shoulder, his eyes searching out the man in the black overcoat whom he’d noticed when he first entered the hotel. The man was still in the corner near the door, watching everyone who entered the hotel. As he looked back, the man turned his head towards him, his expression inscrutable. Vladimir’s lips tightened faintly and he turned his head, continuing to the lift.

The sooner Robert arrived, the better for everyone. Vladimir had known he was being watched as soon as he got off the train. There was nothing new in that. But that man...he was different. He didn’t work for the NKVD. He had the stamp of the German SD all over him.

And if the Germans were here, things were about to get ugly.

Evelyn Ainsworth stood before the grave as the last rites and prayers were read over the coffin of her father, Robert Ainsworth II. Her mother stood beside her, gripping a handkerchief in one hand and a rose in the other. Her shoulders were rigid, 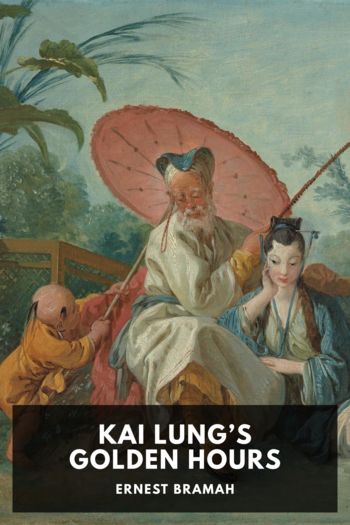