Scorpion is a work of fiction. Names, characters, places, and incidents are the products of the author’s imagination or are used fictitiously. Any resemblance to actual events, locales, or persons, living or dead, is entirely coincidental.

Published in the United States by Random House, an imprint and division of Penguin Random House LLC, New York.

Chapter 7: Tools of the Trade

Chapter 19: Amberley-Ash Is Not Smiling

Chapter 40: The Scorpion and the Snake

HENRIETTA YI AND her team have been underground for three days.

They are over 150 meters down, directly beneath the France-Switzerland border, collectively leaning into the glow of a slab of black plasma glass. The green rectangular cursor at the top blinks, but the eyes transfixed by its promise of results do not.

From the moment it was switched on, the Large Hadron Collider collected far more raw data than researchers could possibly process, so the vast majority went straight into the particle detector backlog, or PDB. Cold storage, as it was sometimes called. As part of Henrietta’s thesis research, she is leading the team tasked with thawing it out, slicing it up, and feeding it to a voracious AI painstakingly trained to identify quantum anomalies. The theory is that there may be previously undiscovered signals buried beneath all those years of noise.

Exactly what meaning those signals may carry nobody knows. Some of her peers hope to clinch their PhDs by certifying the theory of supersymmetry. Others hope to be the very first to glimpse the multiverse. A few even believe it is possible that they will discover an entirely new particle—infinitesimal units of mass with such novel characteristics that the world will be forced to rewrite the rules of physics.

Henrietta’s dreams are no less ambitious. Her father was killed in the nuclear attack on Seoul, leaving his relentless pursuit of a Nobel Prize to his only child. Henrietta has dedicated her life to academia, turning down multiple offers from the private sector—packages of obscene salaries, perks, and stock options—all for the opportunity to work underground and to be exactly where she is right now.

When the first few rows of hexadecimal data finally appear, the room erupts. There are hugs and high-fives behind her, but Henrietta remains focused. And then something in the data changes, and the celebration abates.

Fingers enter Henrietta’s peripheral vision from all around.

“That’s an encryption header,” someone says behind her. “That’s AES encryption, isn’t it?”

The characters are not appearing sequentially, but erratically—sometimes incorrectly decoded, then overwritten moments later. But something about the content at the top feels different. It is not a dribble of incomprehensible bits, but two distinct lines of text.

“Look at that. That’s not binary. I think that might be…”

Several of the letters are shuffled and replaced, and then the cursor jumps to a different location, the algorithm seemingly content with its predictive composition:

We know what we are,

but know not what we may be.

“This doesn’t make any sense.”

“Why would there be text in the particle detector backlog?”

“Where the hell is all this coming from?”

Henrietta resets her big round specs and squints in concentration. She goes over it in her mind several more times. The room has grown so quiet that she can hear the high-frequency whine of excited plasma glass as data continues streaming by.

“Not where,” she finally says, as much to herself as to her team. “When.”

THE FIRST THING Kira does before she gets up is put on her legs. They balance on an inductive charging mat beside her bed between a set of steel rails, and the muscles in the young woman’s back and shoulders flare as she elevates herself. The nerve terminals in her thighs magnetically align to the pin jacks at the bottom of the carbon-fiber cups, and the interfaces constrict until they are securely attached.

She has skins somewhere she can roll up over them, and if she were to conceal the seams where the texture-etched urethane and her tissue meet with shorts or a tight skirt, the looks she would get on the street would be of lust and envy rather than curiosity, revulsion, or pity.

But Kira lives alone, so the servo-mechanical guts remain exposed, and she does not even bother dressing beyond underwear, a tank top, and her aviator-style metaspecs. She has not left the penthouse suite asylum at the top of the twisted and slowly rotating Infinity Moscow Tower in nearly four years. No 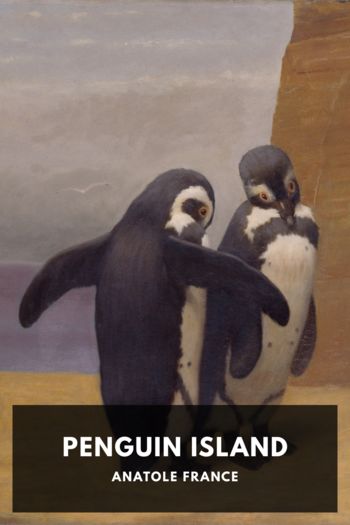