Also by Wallace and Keith

Also by Wallace and Keith

In the Course of Duty

War Beneath the Waves

The Ship that Wouldn't Die

Never miss a new release! Sign up to receive exclusive updates from authors Wallace and Keith.

Dedicated to all the men and women who go down to the sea in ships in defense of the American way.

The mineral-rich fumarole had formed over a million years before. The volcanic opening in the planet’s crust was ten thousand meters below the ocean surface in what mankind would, much later, name the Tonga Trench. Of course, when it first burst forth, the trench was several hundred miles to the west and north of its twenty-first-century location. As land masses continued to adjust their positions in response to inexorable geo-forces, the Pacific Plate was shoved beneath the Tonga Plate, taking the trench and the fumarole along with it as it slowly moved to the east and south. Now it rested at the center of a triangle of palm-studded islands: American Samoa, the Tongan island of Niuatoputapu, and the tiny nation of Niue.

Situated on the Pacific Rim’s notorious and volatile “Ring of Fire,” the fumarole provided an inexhaustible supply of thermal energy. It heated seawater to almost a thousand degrees before shooting it up into the cold blackness of the ocean depths. But before that, the water was forced through layer upon layer of sulfite-bearing rock. The sulfites dissolved, forming a sulfuric acid mixture. That acid, under searing-hot high pressure, dissolved the surrounding rock as the water rose through the fissured crust, and it all emerged as a mineral soup. Black tubes slowly built as the super-heated, acidic water hit the very cold ocean waters and dropped its mineral load. Micron by micron, over the eons, the tubes grew higher and higher, forming into towering pipes.

The nutrient-laden deposits were rich enough that a complete ecology of strange inhabitants slowly formed and evolved amid the growing black forest. Mammoth tubeworms drew their energy from the heat and minerals, using chemosynthesis since there was no light for photosynthesis at this crushing depth. Blind shrimp and huge, ghostly yellow crabs fed off the tube worms before falling prey themselves to other deep-water predators that stalked the dark abyss.

But one unique feature of this forest of black mineral pipes was another byproduct, one that lay on the ocean floor. One that would have glittered brightly had any hint of light penetrated these depths. The corrosive sulfuric acid passed through a thick, deep-seated vein of gold on its trip from the earth’s innards, slowly dissolving it away. Once the mixture emerged into the cold ocean water, the gold precipitated out as a fine dust. Slowly, over the millennia, the gold dust had built up to form a deep layer of lustrous, invaluable mud, lying loosely on the sea bottom, undiscovered and untouched by man.

Dr. Rex Smith rested in a chaise lounge on the deck of his ship, enjoying, as best he could, a fine cigar. It was difficult, though, due to the troubles he and his ship were facing.

The research vessel, Deep Ocean Explorer, currently considered Pago Pago, the capital city of American Samoa, as home. At least so long as Smith and his team of scientists were in the area exploring the geology of the Southern Hemisphere’s deepest trench. The tropical town was, in reality, far too small to be called a city. But what there was of it had just dropped below the horizon as Smith’s white-painted ship motored away, leaving a frothy wake in the flat-calm, azure sea.

Smith relished the relaxed, warm beauty of the moment, the power and majesty of his vessel, the smooth taste of the cigar. But he really could not fully enjoy any of it. He had himself an especially knotty problem that spoiled the moment for him. At the end of the week, he would jet back to California to meet with his expedition’s sponsors, who had made their expectations quite clear. They anticipated that his months of expensive exploration would have by now delivered some very real results. So far, his team had come up with very little, meaning he would not be able to secure the funding that he needed to continue his research. His ship and her crew required operating capital and plenty of it.

The ungainly vessel could never be said to have beautiful lines, but as a deep-ocean workhorse, she was ideal. A converted drill rig supply vessel, broad-shouldered and heavy, she was originally constructed to deliver to the North Sea oil fields in any weather, a job she had done for the first twenty years of her life. But those very attributes made her equally ideal for Dr. Smith’s purposes, even if her capabilities had not yet fulfilled the hopes of those who wrote the checks. If only he could report some discovery of value, whether it be scientific, economic, historical, 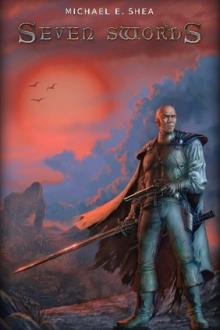