Duncan Falconer has asserted his rights under the Copyright, Design and Patents Act, 1988, to be identified as the author of this work.

First published in 2019 by Lume Books.

To my dear brother, John

‘Will no one rid me of this turbulent priest?!’

King Henry II, referring to Thomas Becket, overheard by his knights who promptly did just that!

A fawn army beret lay on a cold, stone floor, bottom up, as if begging for a coin, the cap badge a winged dagger, the words ‘Who Dares Wins’ floating across it. The walls were blocks of hewn stone, blemished by centuries of soot and blood. An ancient oubliette. A log fire crackled in an iron grate. A bulb glowed on a stand, its cable clipped to a car battery.

Shadows stretched up the walls, cast by two dozen men and three women standing around the beret. Silent people. At ease and with a shared reverence. Toughened by age and battle like ancient gladiators. Hardened hearts. Weathered masks. Eyes that would not flinch from horror. Bonded by an ancient pedigree and shared purpose.

The sound of footsteps on stone broke the silence. A man at the back eased his way between the others. Albert Peters, aged seventy-three, craggy features, gnarled hands, hardened by life.

He stopped above the beret. In his hand a crisp, white envelope. He placed it in the beret, hands slightly shaking with age, a decision made, right or wrong. He was satisfied. It was done.  He made his way through the gathering to the only door into the chamber, pulled it open, hinges creaking, and closed it behind him.

The only sound was breathing, a gentle cough, the wheezing of an old man, the crackling of the fire.

Another man stepped forward, a large, powerful man in his forties. He plucked up the envelope, considered its significance and his own response and, with a final decision left the room.

His footsteps could be heard along a corridor. Before they fell silent, the others filed out of the room.

One man remained. Jack Henderson, in his sixties and, like the others, tough and worn. He picked up the beret with reverence, folded it in half and half again and tucked it into his inside breast pocket.

He turned off the light plunging the room into darkness but for the glow from the dwindling fire and headed for the door, closing it behind him.

The latch came down with a clunk.

Devon Gunnymede marched along a sterile corridor, escorted by a barrel-chested, steel-eyed corrections officer, the badge on his crisp uniform a white eagle on a globe encircled by the words ‘State of Georgia Correctional Facility’. The sound of their heels hitting the glistening concrete floor in unison echoed off the shiny grey-painted walls. Gunnymede was heading for the exit four years, eight months and twelve days after entering the place. But he had little to be pleased about.

They passed through an electronically-operated steel door into an airlock that shut behind them with a decisive clunk. A loud buzzer sounded. Another door opened. Gunnymede squinted as he stepped into sunlight onto a red brick pathway that divided a manicured lawn and led towards a squat building the other side of a gate in the outermost perimeter fencing. He was wearing jeans and a shirt, the clothes he’d arrived in, and carrying a canvas jacket. The shirt was tight in the chest and shoulders where he’d added muscle. A daily gym session and boxing training which had come in handy mitigating the occasional altercation with bully-boys when avoidance techniques failed had toughened him mentally as well as physically. Coldness and unappeasableness had combined with the bitterness and resentment he’d brought with him to form a guarded knife-edge of uneasy tolerance. Needless to say, he was not quite the same man who had entered the place.

Gunnymede walked into the reception hall where he was invited to finalise his release document. His automaton escort remained in the centre of the small hall, his large hairy arms crossed over his ample stomach.

Gunnymede took his copy of the document, tossed it in a bin, pushed his way through the glass entrance doors and stepped outside into what, for any other con, was freedom. The door closed behind him as he stared coldly ahead. A road passed along the front of the penitentiary grounds, straight as a laser. A white sedan was parked in a lay-by the other side of it. He noticed another nondescript car further down the road and, standing beside it, a tall, thin grey-haired man in a black suit looking directly at him.

The doors to the white sedan opened and two men in suits climbed out, crossed the road to Gunnymede, showed him their FBI badges and asked him to put his jacket on and turn about. As Gunnymede’s hands were cuffed behind him he saw his corrections officer behind the glass doors watching him. He was escorted to the white sedan. The man in black down the street was still watching him as they drove away.

It was late evening by the time the agents escorted Gunnymede to the doors of a British Airways Boeing 787. His handcuffs were removed and he was formally handed over to a British police officer in civilian clothes. He was handcuffed again, this time in the front, 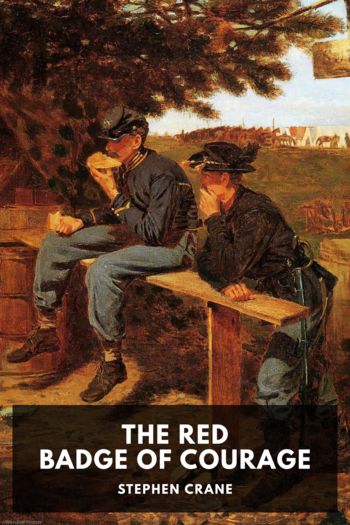