Daughters of the Summer Storm

On Wings of Fire

To Face the Sun

All rights reserved. No part of this work may be reproduced or transmitted in any form whatsoever, except as provided by U.S. Copyright Law. Cover art is copyrighted and used with permission.

“Fool! Do you realize what you’ve done, Charles? Thrown over everything I’ve worked so hard for these last twenty years. And made bastards of our children, too.”

Araminta’s voice was harsh, stabbing. He had been a fool. But it was not because he’d accepted the Washington appointment, nor even because he’d chosen to leave England. It had happened long ago, when he’d married Araminta, his wife’s sister-in-law. He’d never meant to go near her again. The Bermuda high winds were responsible—they had damaged the British frigate, Haddington, forcing the captain to put into the Savannah harbor for repairs and spewing the passengers, including Charles, onto dry land. The storm had proved as disastrous to Charles as to the ship, and the damage to Charles had been more far reaching.

Dr. Charles Coin Forsyte tried to conceal his pain at Araminta’s accusation, even as he had taken great care earlier to conceal his true identity from the world, changing the spelling of his last name and choosing to be called Charles, rather than Coin, to protect Allison from any chance of future scandal.

He tried to sound clinical and dispassionate, for Araminta had an uncanny knack of ferreting out any sign of emotional attachment and ripping it to shreds.

“My turning up alive, after all these years, is bound to be a shock to Allison. But I’m sure she’ll see what’s at stake and not say anything to jeopardize our children’s happiness.”

Araminta suddenly pressed her lips into what, for her, passed for a smile. “Or her position as Senator Meadors’s wife. It would be rather difficult, don’t you agree, for her to explain to him that she’s a bigamist.”

Charles’s careful facade cracked. “When she married him, Araminta, she thought I was dead. And remember,” he warned, “if the truth gets out, you have just as much to lose as Allison.”

Araminta’s smile turned into a pout. She picked up another chocolate-covered cherry and popped it into her plump mouth. The juice squirted through the gap made by the newly pulled tooth and she quickly wiped her chin with a lace handkerchief retrieved from the bosom of her pale blue afternoon gown.

“You should stop eating so many chocolates, Araminta. The excess weight isn’t good for your heart.”

She ignored her husband’s warning.

“I’ll always rue the day when, behind our backs, Ginna was introduced to that Meadors boy. It seems almost incestuous, having them—”

“For God’s sake, Araminta. They’re not related at all. Now if Morrow and Nathan had become interested in each other, then that would have been another matter entirely.”

“That’s silly. Nathan is only eleven.”

“I was merely making a point.”

Charles stood up, walked to the window, and peered out at the quiet Washington street. Congress was in recess until August and most of the lawmakers were back home courting their constituents. Only a few of the more dedicated men were left to deal with the upcoming special session.

The summer sun was still high in the sky, but the giant elm trees lining the avenue shaded the front sitting room of the brownstone he had recently leased. Finally, in the distance, Charles could see the familiar carriage from the White House approaching. It looked no different from any ordinary carriage, for secrecy was of the utmost importance.

“I have to go now, Araminta.” Charles picked up his medical kit and forced himself to walk over to the chair to kiss his wife good-bye. “You won’t be able to reach me for the next several days. But if you need anything, just get in touch with Hadley at the clinic.”

“I think it’s inexcusable of you, Charles, to leave me just at this particular time and not even tell me where you’re going.”

“You’ll survive, Araminta. You always do.”

There was a discreet tap on the door. “The driver’s waiting, Dr. Forsyte.”

“Thank you, Barge. Did you put my suitcase in the carriage?”

“Yes, sir.” The white-coated manservant followed the surgeon and held open the front door. He knew better than to offer to carry the medical kit. Dr. Forsyte was peculiar about that, as Barge well knew.

From the window at the upstairs landing, a worried Ginna Forsyte watched her father’s progress down the walkway. As he opened the gate to the street, she called out, “Good-bye, Papa.”

Surprised, he turned and looked up at the open window. What was his daughter doing at home in the middle of the afternoon rather than at the art institute? Oh, God, he hoped she hadn’t overheard his heated conversation with Araminta.

Charles settled into the carriage and prepared himself for the long drive to the yacht basin. By the next day, he would be in New York, 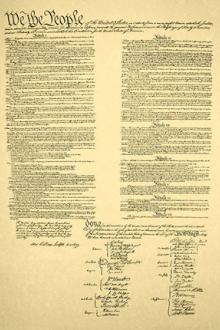 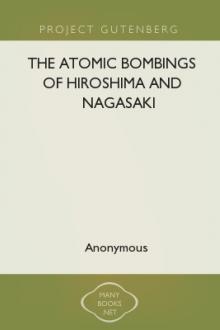