The Project Gutenberg EBook of Concerning the Spiritual in Art, by Wassily Kandinsky

Title: Concerning the Spiritual in Art

*** START OF PROJECT GUTENBERG EBOOK CONCERNING THE SPIRITUAL IN ART ***

CONCERNING THE SPIRITUAL IN ART

PART I. ABOUT GENERAL AESTHETIC

I. INTRODUCTION II. THE MOVEMENT OF THE TRIANGLE III. SPIRITUAL REVOLUTION IV. THE PYRAMID

Victor and Heinrich Dunwegge: “The Crucifixion” (in the Alte Pinakothek, Munich)

Albrecht Durer: “The Descent from the Cross” (in the Alte Pinakothek, Munich)

Raphael: “The Canigiani Holy Family” (in the Alte Pinakothek, Munich)

It is no common thing to find an artist who, even if he be willing to try, is capable of expressing his aims and ideals with any clearness and moderation. Some people will say that any such capacity is a flaw in the perfect artist, who should find his expression in line and colour, and leave the multitude to grope its way unaided towards comprehension. This attitude is a relic of the days when “l’art pour l’art” was the latest battle cry; when eccentricity of manner and irregularity of life were more important than any talent to the would-be artist; when every one except oneself was bourgeois.

The last few years have in some measure removed this absurdity, by destroying the old convention that it was middle-class to be sane, and that between the artist and the outer-world yawned a gulf which few could cross. Modern artists are beginning to realize their social duties. They are the spiritual teachers of the world, and for their teaching to have weight, it must be comprehensible. Any attempt, therefore, to bring artist and public into sympathy, to enable the latter to understand the ideals of the former, should be thoroughly welcome; and such an attempt is this book of Kandinsky’s.

The author is one of the leaders of the new art movement in Munich. The group of which he is a member includes painters, poets, musicians, dramatists, critics, all working to the same end—the expression of the SOUL of nature and humanity, or, as Kandinsky terms it, the INNERER KLANG.

Perhaps the fault of this book of theory—or rather the characteristic most likely to give cause for attack—is the tendency to verbosity. Philosophy, especially in the hands of a writer of German, presents inexhaustible opportunities for vague and grandiloquent language. Partly for this reason, partly from incompetence, I have not primarily attempted to deal with the philosophical basis of Kandinsky’s art. Some, probably, will find in this aspect of the book its chief interest, but better service will be done to the author’s ideas by leaving them to the reader’s judgement than by even the most expert criticism.

The power of a book to excite argument is often the best proof of its value, and my own experience has always been that those new ideas are at once most challenging and most stimulating which come direct from their author, with no intermediate discussion.

The task undertaken in this Introduction is a humbler but perhaps a more necessary one. England, throughout her history, has shown scant respect for sudden spasms of theory. Whether in politics, religion, or art, she demands an historical foundation for every belief, and when such a foundation is not forthcoming she may smile indulgently, but serious interest is immediately withdrawn. I am keenly anxious that Kandinsky’s art should not suffer this fate. My personal belief in his sincerity and the future of his ideas will go for very little, but if it can be shown that he is a reasonable development of what we regard as serious art, that he is no adventurer striving for a momentary notoriety by the strangeness of his beliefs, then there is a chance that some people at least will give his art fair consideration, and that, of these people, a few will come to love it as, in my opinion, it deserves.

Post-Impressionism, that vague and much-abused term, is now almost a household word. That the name of the movement is better known than the names of its chief leaders is a sad misfortune, largely caused by the over-rapidity of its introduction into England. Within the space of two short years a mass of artists from Manet to the most recent of Cubists were thrust on a public, who had hardly realized Impressionism. The inevitable result has been complete mental chaos. The tradition of which true Post-Impressionism is the modern expression has been kept alive down the ages of European art by scattered and, until lately, neglected painters. But not since the time of the so-called Byzantines, not since the period of which Giotto and his School were the final splendid blossoming, has the “Symbolist” ideal in art held general sway over the “Naturalist.” The Primitive Italians, like their predecessors the Primitive Greeks, and, in turn, their predecessors the Egyptians, sought to express the inner feeling rather than the outer reality.

This ideal tended to be lost to sight in the naturalistic revival of the Renaissance, which derived its inspiration solely from those periods of Greek and Roman art which were pre-occupied with the expression of external reality. Although the all-embracing genius of Michelangelo kept the “Symbolist” tradition alive, it is the work of El Greco that merits the complete title of “Symbolist.” From El Greco springs Goya and the Spanish influence on Daumier and Manet. When it is remembered that, in the meantime, Rembrandt and his contemporaries, notably Brouwer, left their mark on French art in the work of Delacroix, Decamps and Courbet, the way will be seen clearly open to Cezanne and Gauguin.

The phrase “symbolist tradition” is not used to express any conscious affinity between the various generations of artists. As Kandinsky says: “the relationships in art are not necessarily ones of outward form, but are founded on inner sympathy of meaning.” Sometimes, perhaps frequently, a similarity of outward form will appear. But in tracing spiritual relationship only inner meaning must be taken into account.

There are, of course, many people who deny that Primitive Art had an inner meaning or, rather, that what is called “archaic expression” was dictated by anything but ignorance of representative methods and defective materials. Such people are numbered among the bitterest opponents of Post-Impressionism, and indeed it is difficult to see how they could be otherwise. “Painting,” they say, “which seeks to learn from an age when art was, however sincere, incompetent and uneducated, deliberately rejects the knowledge and skill of centuries.” It will be no easy matter to conquer this assumption that Primitive art is merely untrained Naturalism, but until it is conquered there seems little hope for a sympathetic understanding of the symbolist ideal.

The task is all the more difficult because of the analogy drawn by friends of the new movement between the neo-primitive vision and that of a child. That the analogy contains a grain of truth does not make it the less mischievous. Freshness of vision the child has, and freshness of vision is an important element in the new movement. But beyond this a parallel is non-existent, must be non-existent in any art other than pure artificiality. It is one thing to ape ineptitude in technique and another to acquire simplicity of vision. Simplicity—or rather discrimination of vision—is the trademark of the true Post-Impressionist. He OBSERVES and then SELECTS what is essential. The result is a logical and very sophisticated synthesis. Such a synthesis will find expression in simple and even harsh technique. But the process can only come AFTER the naturalist process and not before it. The child has a direct vision, because his mind is unencumbered by association and because his power of concentration is unimpaired by a multiplicity of interests. His method of drawing is immature; its variations from the ordinary result from lack of capacity.

Two examples will make my meaning clearer. The child draws a landscape. His picture contains one or two objects only from the number before his eyes. These are the objects which strike him as important. So far, good. But there is no relation between them; they stand isolated on his paper, mere lumpish shapes. The Post-Impressionist, however, selects his objects with a view to expressing by their means the whole feeling of the landscape. His choice falls on elements which sum up the whole, not those which first attract immediate attention.

Again, let us take the case of the definitely religious picture.

[Footnote: Religion, in the sense of awe, is present in all true art. But here I use the term in the narrower sense to mean pictures of which the subject is connected with Christian or other worship.]

It is not often that children draw religious scenes. More often battles and pageants attract them. But since the revival of the religious picture is so noticeable a factor in the new movement, since the Byzantines painted almost entirely religious subjects, and finally, since a book of such drawings by a child of twelve has recently been published, I prefer to take them as my example. Daphne Alien’s religious drawings have the graceful charm of childhood, but they are mere childish echoes of conventional prettiness. Her talent, when mature, will turn to the charming rather than to the vigorous. There could be no greater contrast between such drawing and that of—say—Cimabue. Cimabue’s Madonnas are not pretty women, but huge, solemn symbols. Their heads droop stiffly; their tenderness is universal. In Gauguin’s “Agony in the Garden” the figure of Christ is haggard with pain and grief. These artists have filled their pictures with a bitter experience which no child can possibly possess. I repeat, therefore, that the analogy between Post-Impressionism and child-art is a false analogy, and that for a trained man or woman to paint as a child paints is an impossibility. [Footnote: I am well aware that this statement is at 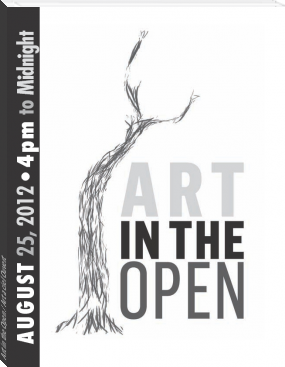 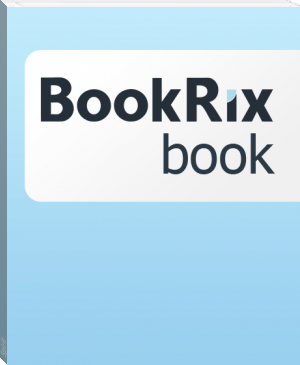 Have We No Rights? by Mabel Williamson (read aloud books TXT) 📕 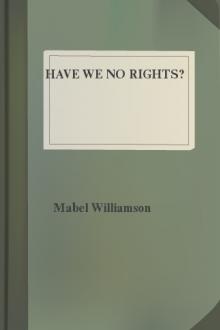 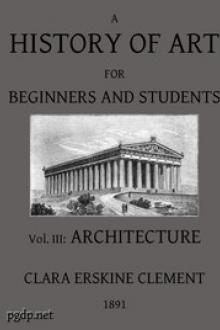