Title: The Seven Lamps of Architecture


*** START OF THIS PROJECT GUTENBERG EBOOK THE SEVEN LAMPS OF ARCHITECTURE ***


Produced by The Online Distributed Proofreading Team at
http://www.pgdp.net

PLATE IX. PLATE IX.—(Frontispiece—Vol. V.)
Tracery from the Campanile of Giotto at Florence. Illustrated Cabinet Edition The Seven Lamps of Architecture
Lectures on Architecture and Painting
The Study of Architecture

The memoranda which form the basis of the following Essay have been thrown together during the preparation of one of the sections of the third volume of "Modern Painters."[A] I once thought of giving them a more expanded form; but their utility, such as it may be, would probably be diminished by farther delay in their publication, more than it would be increased by greater care in their arrangement. Obtained in every case by personal observation, there may be among them some details valuable even to the experienced architect; but with respect to the opinions founded upon them I must be prepared to bear the charge of impertinence which can hardly but attach to the writer who assumes a dogmatical tone in speaking of an art he has never practised. There are, however, cases in which men feel too keenly to be silent, and perhaps too strongly to be wrong; I have been forced into this impertinence; and have suffered too much from the destruction or neglect of the architecture I best loved, and from the erection of that which I cannot love, to reason cautiously respecting the modesty of my opposition to the principles which have induced the scorn of the one, or directed the design of the other. And I have been the less careful to modify the confidence of my statements of principles, because in the midst of the opposition and uncertainty of our architectural systems, it seems to me that there is something grateful in any positive opinion, though in many points wrong, as even weeds are useful that grow on a bank of sand.

Every apology is, however, due to the reader, for the hasty and imperfect execution of the plates. Having much more serious work in hand, and desiring merely to render them illustrative of my meaning, I have sometimes very completely failed even of that humble aim; and the text, being generally written before the illustration was completed, sometimes naïvely describes as sublime or beautiful, features which the plate represents by a blot. I shall be grateful if the reader will in such cases refer the expressions of praise to the Architecture, and not to the illustration.

So far, however, as their coarseness and rudeness admit, the plates are valuable; being either copies of memoranda made upon the spot, or (Plates IX. and XI.) enlarged and adapted from Daguerreotypes, taken under my own superintendence. Unfortunately, the great distance from the ground of the window which is the subject of Plate IX. renders even the Daguerreotype indistinct; and I cannot answer for the accuracy of any of the mosaic details, more especially of those which surround the window, and which I rather imagine, in the original, to be sculptured in relief. The general proportions are, however, studiously preserved; the spirals of the shafts are counted, and the effect of the whole is as near that of the thing itself, as is necessary for the purposes of illustration for which the plate is given. For the accuracy of the rest I can answer, even to the cracks in the stones, and the number of them; and though the looseness of the drawing, and the picturesque character which is necessarily given by an endeavor to draw old buildings as they actually appear, may perhaps diminish their credit for architectural veracity, they will do so unjustly.

The system of lettering adopted in the few instances in which sections have been given, appears somewhat obscure in the references, but it is convenient upon the whole. The line which marks the direction of any section is noted, if the section be symmetrical, by a single letter; and the section itself by the same letter with a line over it, a.—ā. But if the section be unsymmetrical, its direction is noted by two letters, a. a. a2 at its extremities; and the actual section by the same letters with lines over them, ā. ā. ā2, at the corresponding extremities.

The reader will perhaps be surprised by the small number of buildings to which reference has been made. But it is to be remembered that the following chapters pretend only to be a statement of principles, illustrated each by one or two examples, not an essay on European architecture; and those examples I have generally taken either from the buildings which I love best, or from the schools of architecture which, it appeared to me, have been less carefully described than they deserved. I could as fully, though not with the accuracy and certainty derived from personal observation, have illustrated the principles subsequently advanced, from the architecture of Egypt, India, or Spain, as from that to which the reader will find his attention chiefly directed, the Italian Romanesque and Gothic. But my affections, as well as my experience, led me to that line of richly varied and magnificently intellectual schools, which reaches, like a high watershed of Christian architecture, from the Adriatic to the Northumbrian seas, bordered by the impure schools of Spain on the one hand, and of Germany on the other: and as culminating points and centres of this chain, I have considered, first, the cities of the Val d'Arno, as representing the Italian Romanesque and pure Italian Gothic; Venice and Verona as representing the Italian Gothic colored by Byzantine elements; and Rouen, with the associated Norman cities, Caen, Bayeux, and Coutances, as representing the entire range of Northern architecture from the Romanesque to Flamboyant.

I could have wished to have given more examples from our early English Gothic; but I have always found it impossible to work in the cold interiors of our cathedrals, while the daily services, lamps, and fumigation of those upon the Continent, render them perfectly safe. In the course of last summer I undertook a pilgrimage to the English Shrines, and began with Salisbury, where the consequence of a few days' work was a state of weakened health, which I may be permitted to name among the causes of the slightness and imperfection of the present Essay.

Some years ago, in conversation with an artist whose works, perhaps, alone, in the present day, unite perfection of drawing with resplendence of color, the writer made some inquiry respecting the general means by which this latter quality was most easily to be attained. The reply was as concise as it was comprehensive—"Know what you have to do, and do it"—comprehensive, not only as regarded the branch of art to which it temporarily applied, but as expressing the great principle of success in every direction of human effort; for I believe that failure is less frequently attributable to either insufficiency of means or impatience of labor, than to a confused understanding of the thing actually to be done; and therefore, while it is properly a subject of ridicule, and sometimes of blame, that men propose to themselves a perfection of any kind, which reason, temperately consulted, might have shown to be impossible with the means at their command, it is a more dangerous error to permit the consideration of means to interfere with our conception, or, as is not impossible, even hinder our acknowledgment of goodness and perfection in themselves. And this is the more cautiously to be remembered; because, while a man's sense and conscience, aided by Revelation, are always enough, if earnestly directed, 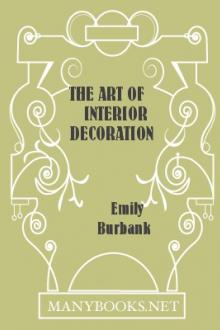 Lectures on Landscape by John Ruskin (an ebook reader TXT) 📕 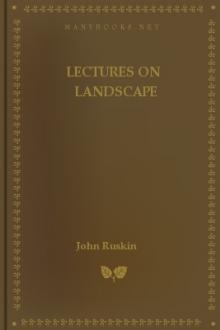 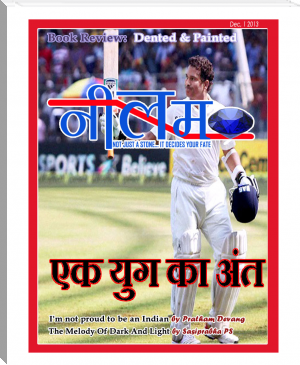