This is a very little story of a very great man. It contains only a few of the wonderful adventures he met, and the splendid deeds he did. Most of them may never be written. Perhaps they may be lived again in the lives of some of the readers. Who knows?

Even this brief account of Dr. Mackay’s life could not have been written had it not been for the help of many kind friends. The Rev. R.P. Mackay, D.D., of Toronto, Canada, who visited Formosa, and met many of the people mentioned in this story, gave me great assistance. Mr. Alexander Mackay, brother of the hero of this book, was very kind in telling many interesting tales of boyhood in Zorra. My most untiring and painstaking assistant has been the Rev. J. B. Fraser, M.D., of Annan, Ontario, formerly of Formosa.

You will find him among the many heroes of this story. To his kind and careful oversight is due much that gives this little book any value as a history. The life of Dr. Mackay in Far From Formosa, compiled by Dr. J. A. MacDonald, editor of the Toronto Globe, has been my chief source of information. Indeed this story has been taken almost entirely from its pages, and owes Dr.

And now there is just one more favor it asks, that you who read it may in some measure strive to catch the great spirit of its hero.

[1] The name by which George Leslie Mackay was known among the Chinese of north Formosa.

Up in the stony pasture-field behind the barn the boys had been working all the long afternoon. Nearly all, that is, for, being boys, they had managed to mix a good deal of fun with their labor. But now they were tired of both work and play, and wondered audibly, many times over, why they were not yet called home to supper.

The work really belonged to the Mackay boys, but, like Tom Sawyer, they had made it so attractive that several volunteers had come to their aid. Their father was putting up a new stone house, near the old one down there behind the orchard, and the two youngest of the family had been put at the task of breaking the largest stones in the field.

It meant only to drag some underbrush and wood from the forest skirting the farm, pile them on the stones, set fire to them, and let the heat do the rest. It had been grand sport at first, they all voted, better than playing shinny, and almost as good as going fishing. In fact it was a kind of free picnic, where one could play at Indians all day long. But as the day wore on, the picnic idea had languished, and the stone-breaking grew more and more to resemble hard work.

The warm spring sunset had begun to color the western sky; the meadow-larks had gone to bed, and the stone-breakers were tired and ravenously hungry—as hungry as only wolves or country boys can be. The visitors suggested that they ought to be going home.

“Hold on, Danny, just till this one breaks,” said the older Mackay boy, as he set a burning stick to a new pile of brush.

“This’ll be a dandy, and it’s the last, too. They’re sure to call us to supper before we’ve time to do another.”

The new fire, roaring and snapping, sending up showers of sparks and filling the air with the sweet odor of burning cedar, proved too alluring to be left. The company squatted on the ground before it, hugging their knees and watching the blue column of smoke go straight up into the colored sky. It suggested a camp-fire in war times, and each boy began to tell what great and daring deeds he intended to perform when he became a man.

Jimmy, one of the visitors, who had been most enthusiastic over the picnic side of the day’s work, announced that he was going to be a sailor. He would command a fleet on the high seas, so he would, and capture pirates, and grow fabulously wealthy on prize-money. Danny, who was also a guest, declared his purpose one day to lead a band of rough riders to the Western plains, where he would kill Indians, and escape fearful deaths by the narrowest hairbreadth.

“Mebbe I’m goin’ to be Premier of Canada, some day,” said one youngster, poking his bare toes as near as he dared to the flames.

There were hoots of derision. This was entirely too tame to be even considered as a career.

“And what are you going to be, G. L.?” inquired the biggest boy of the smallest.

The others looked at the little fellow and laughed. George Mackay was the youngest of the group, and was a small wiry youngster with a pair of flashing eyes lighting up his thin little face. He seemed far too small and insignificant to even think about a career. But for all the difference in their size and age the bigger boys treated little George with a good deal of respect.

For, somehow, he never failed to do what he set out to do. He always won at races, he was never anywhere but at the head of his class, he was never known to be afraid of anything in field or forest or school ground, he was the hardest worker at home or at school, and by sheer pluck he managed to do everything that boys bigger and older and stronger could do.

though the boys laughed at the small thin little body, they respected the daring spirit it held, and listened for his answer.

“He’s goin’ to be a giant, and go off with a show,” cried one, and they all laughed again.

Little G. L. laughed too, but he did not say what he intended to do when he grew big. Down in his heart he held a far greater ambition than the others dreamed of. It was too great to be told—so great he scarcely knew what it was himself. So he only shook his small head and closed his lips tightly, and the rest forgot him and chattered on.

Away beyond the dark woods, the sunset shone red and gold between the black tree trunks. The little boy gazed at it wonderingly.

The sight of those morning and evening glories always stirred his child’s soul, and made him long to go away—away, he knew not where—to do great and glorious deeds. The Mackay boys’

grandfather had fought at Waterloo, and little George Leslie, the youngest of six, had heard many, many tales of that gallant struggle, and every time they had been told him he had silently resolved that, some day, he too would do just such brave deeds as his grandfather had done.

As the boys talked on, and the little fellow gazed at the sunset and dreamed, the big stone cracked in two, the fire died down, and still there came no welcome call to supper from any of the farmhouses in sight. The Mackay boys had been trained in a fine old-fashioned Canadian home, and did not dream of quitting work until they were summoned. But the visitors were merely visitors, and could go home when they liked. The future admiral of the pirate-killing fleet declared he must go and get supper, or he’d eat the grass, he was so hungry. The coming Premier of Canada and the Indian-slayer agreed with him, and they all jumped the fence, and went whooping away over the soft brown fields toward home.

There was just one big stone left. It was a huge boulder, four feet across.

“We’ll never get enough wood to crack that, G. L.,” declared his brother. “It just can’t be done.”

But little George answered just as any one who knew his determination would have expected. In school he astonished his teacher by learning everything at a tremendous rate, but there was one small word he refused to learn—the little word “can’t.”

His bright eyes flashed, now, at the sound of it. He jumped upon the big stone, and clenched his fist.

“It’s GOT to be broken!” he cried. “I WON’T let it beat me.” He leaped down, and away he ran toward the woods. His brother caught his spirit, and ran too. They forgot they were both tired and hungry. They seized a big limb of a fallen tree and dragged it across the field. They chopped it into pieces, and piled it high with plenty of brush, upon the big stone. In a few minutes it was all in a splendid blaze, leaping and crackling, and sending the boys’ long shadows far across the field.

The fire grew fiercer and hotter, and suddenly the big boulder cracked in four pieces, as neatly as though it had been slashed by a giant’s sword. Little G. L. danced around it, and laughed triumphantly. The next moment there came the welcome “hoo-hoo”

from the house behind the orchard, and away the two scampered down the hill toward home and supper.

When the day’s work of the farmhouse had been finished, the Mackay family gathered about the fire, for the spring evening was chilly. George Leslie sat near his mother, his face full of deep thought. It was the hour for family worship, and always at this time he felt most keenly that longing to do something great and glorious. Tonight his father read of a Man who was sending out his army to conquer the world. It was only a little army, just twelve men, but they knew their Leader had more power than all the soldiers of the world. And they were not afraid, though he said, “Behold, I send you forth as sheep in the midst of wolves.”

For he added, “Fear ye not,” for he would march before them, and they would be sure of victory.

The little boy listened with all his might. He did everything that way. Surely this was a story of great and glorious deeds, even better than Waterloo, he felt. And there came to his heart a great longing to go out and fight wrong and put down evil as these men had done. He did not know that the longing was the voice of the great King calling his young knight to go out and “Live pure, speak true, right wrong, follow the King.”

But there came a day when he did understand, and on that day he was ready to obey.

When bedtime came the boys were asked if they had finished their work, and the story of the last big stone was told. “G. L. would not leave it,” the brother explained. The father looked smilingly at little G. L. who still sat, dangling his short legs from his chair, and studying the fire.

He spoke to his wife in Gaelic. “Perhaps the lad will be called to break a great rock some day. The Lord grant he may do it.”

The boy looked up wonderingly. He understood Gaelic as well as English, but he did not comprehend his father’s words. He had no idea they were prophetic, and that away on the other side of the world, in

Similar e-books:
WE MADE IT THROUGH A MARSH by Dasha rose Prazak-Zickert, Eva loomans (best biographies to read txt) 📕 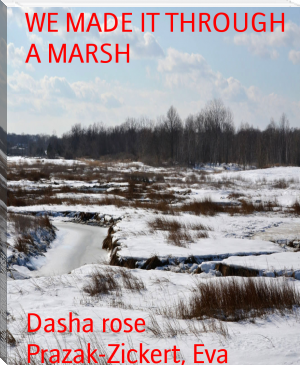 When My Father and My Mother Forsake Me by Florencia C. Miller & Henry T. Miller (series like harry potter txt) 📕 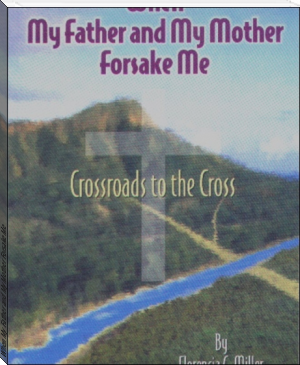 Amazing Adventures of a Nobody (Excerpt) by Leon Logothetis (funny books to read .txt) 📕 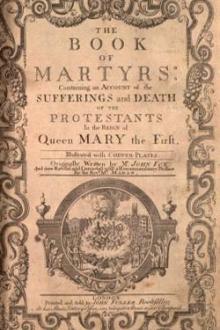