The Fire People By RAY CUMMINGS Author of "The Golden Atom," etc.

Contents. CHAPTER I. THE COMING OF THE LIGHT.

CHAPTER III. THE LANDING OF THE INVADERS.

CHAPTER XI. TO SAVE THE WORLD.

CHAPTER XII. THE LANDING ON MERCURY.

CHAPTER XIV. THE RULER OF THE LIGHT COUNTRY.

CHAPTER XVII. THE FIGHT AT THE BAYOU.

CHAPTER XX. IN THE TWILIGHT COUNTRY.

CHAPTER XXII. THE THEFT OF THE LIGHT‑RAY.

CHAPTER XXVII. THE SIEGE OF THE LONE CITY.

CHAPTER XXVIII. THE END OF TAO.

The first of the new meteors landed on the earth in November, 1940. It was discovered by a farmer in his field near Brookline, Massachusetts, shortly after daybreak on the morning of the 11th. Astronomically, the event was recorded by the observatory at Harvard as the sudden appearance of what apparently was a new star, increasing in the short space of a few hours from invisibility to a power beyond that of the first magnitude, and then as rapidly fading again to invisibility. This star was recorded by two of the other great North American observatories, and by one in the Argentine Republic. That it was comparatively small in mass and exceedingly close to the earth, even when first discovered, was obvious. All observers agreed that it was a heavenly body of an entirely new order.

The observatory at Harvard supplemented its account by recording the falling, just before dawn of the 11th, of an extraordinarily brilliant meteor that flamed with a curious red and green light as it entered the earth's atmosphere. This meteor did not burn itself out, but fell, still retaining its luminosity, from a point near the zenith, to the horizon.

What the farmer saw was a huge fire burning near the center of his field. It was circular in form and about thirty feet in diameter. He was astonished to see it there, but what surprised him more was its peculiar aspect.

It was still the twilight of dawn when he reached the field. He beheld the fire first from a point several hundred yards away. As he explained it, the light—for it was more aptly described as a light than a fire—extended in parallel rays from the ground directly upward into the sky. He could see no line of demarkation where it ended at the top. It seemed to extend into the sky an infinite distance. It was, in fact, as though an enormous search‑light were buried in his field, casting its beam of light directly upward.

But more than all this, the farmer was struck by the extraordinary color of the light. At the base it was a deep, solid green. This green color extended upward for perhaps fifty feet, then it shaded into red. The farmer noticed, too, that the fire did not leap and dance with flames, but seemed rather to glow—a steady light like the burning of colored powder. In the morning half‑light it threw a weird, unearthly reddish‑green glow over the field.

I was on the staff of the Boston Observer at this time. I reached Brookline about noon of the 11th of November, and went directly to the field where the fire was burning. Nearly a thousand people were there, watching.

By daylight the fire still held its green and red color, although its light was much less intense. It held its characteristic shape. Though clearly definable, under the rays of the sun it became quite transparent. Looking through it, I could see plainly the crowd of people on the farther side of the field. The effect was similar to looking through a faintly tinted glass, except that now I noticed that the light had a sort of crawling motion, like the particles of a heavy fog. The fire came from a hole in the ground; by daylight now the hole could be seen plainly.

For some moments I stood silent, awestruck by this extraordinary spectacle. Then a man standing beside me remarked that there was no smoke. I had not thought of that before, but it was true—indeed, the fire appeared phosphorescent.

"Let's get up closer," said the man beside me.

Together we walked to within ten feet of the outer edge of the fire. We could feel its heat now, although it was not uncomfortable except when it beat directly on our faces. Standing so close, we could see down into the hole from which the light emanated.

Lying at the bottom of the hole, perhaps ten feet below the surface, I saw the jagged top of an enormous gray sphere, burned and pitted. This was the meteor—nearly thirty feet in diameter—that in its fall had buried itself deep in the loam of the field.

As we stood there looking down into the hole some one across from us tossed in a ball of paper. It seemed to hang poised a moment, then it shriveled up, turned black, and floated slowly down until it rested on top of the sphere.

Some one else threw a block of wood about a foot long into the hole. I could see it as it struck the top of the sphere. It lay there an instant; then it, too, turned black and charred, but it did not burst into flame.

The man beside me plucked at my sleeve. "Why don't it burn?" he asked.

I shook myself loose.

"How should I know?" I answered impatiently.

I found myself trembling all over with an unreasoning fear, for there was something uncanny about the whole affair. I went back to Brookline soon after that to send in the story and do some telephoning. When I got back to the field I saw a man in front of me carrying a pail of water. I fell into step beside him.

"What do you suppose it'll do?" he asked as we walked along.

But when we got down into the field we found the police authorities in charge. The crowd was held back now in a circle, a hundred yards away from the light. After some argument we got past the officials, and, followed by two camera men and a motion‑picture man who bobbed up from nowhere, walked out across the cleared space toward the light. We stopped about six or eight feet from the edge of the hole; the heat was uncomfortably intense.

"I'll make a dash for it," said the man with the pail.

He ran forward a few steps, splashed the water into the light, and hastily retreated. As the water struck the edge of the light there came a roar like steam escaping under tremendous pressure; a great cloud of vapor rolled back over us and dissolved. When the air cleared I saw that the light, or the fire of this mysterious agency, was unchanged. The water dashed against it had had absolutely no effect.

It was just after this incident that the first real tragedy happened. One of the many quadruplanes that had been circling over the field during the afternoon passed directly over the light at an altitude of perhaps three thousand feet. We saw it sail away erratically, as though its pilot no longer had it under control. Then it suddenly burst into flame and came quivering down in a long, lengthening spiral of smoke.

That night the second of the meteors landed on the earth. It fell near Juneau, Alaska, and was accompanied by the same phenomena as the one we were watching. The reports showed it to be slightly smaller in size than the Brookline meteor. It burned brightly during the day of November 12. On the morning of the 13th wireless reports from Alaska stated that it had burned out during the previous night.

Meanwhile the light at Brookline was under constant surveillance. It remained unchanged in all respects.

The next night it rained—a heavy, pelting downpour. For a mile or more around the field the hissing of steam could be heard as the rain struck the light. The next morning was clear, and still we saw no change in the light.

Then, a week later, came the cold spell of 1940. Surpassing in severity the winters of 1888 and 1918, it broke all existing records of the Weather Bureau. The temperature during the night of November 20, at Brookline, fell to thirty degrees below zero. During this night the fire was seen to dwindle gradually in size, and by morning it was entirely extinguished.

No other meteors fell that winter; and, as their significance remained unexplained, public interest in them soon died out. The observatories at Harvard, Flagstaff, Cordoba, and the newer one on Table Mountain, near Cape Town, all reported the appearance of several new stars, flaring into prominence for a few hours and visible just after sunset and before dawn, on several nights during November. But these published statements were casually received and aroused only slight general comment.

Then, in February, 1941, came the publication of Professor Newland's famous theory of the Mercutian Light—as the fire was afterward known. Professor Newland was at this time the foremost astronomer in America, and his extraordinary theory and the predictions he made, coming from so authoritative a source, amazed and startled the world.

His paper, couched in the language of science, was rewritten to the public understanding and published in the newspapers of nearly every country. It was an exhaustive scientific deduction, explaining in theory the origin of the two meteors that had fallen to earth two months before.

In effect Professor Newland declared that the curious astronomical phenomena of the previous November—the new "stars" observed, the two meteors that had fallen with their red and green light‑fire—were all evidence of the existence of intelligent life on the planet Mercury.

I give you here only the more important parts of the paper as it was rewritten for the public prints:

... I am therefore strongly inclined to accept the theory advanced by Schiaparelli in 1882, in which he concluded that Mercury rotates on its axis once in eighty‑eight days. Now, since the sidereal revolution of Mercury, i.e., its complete revolution around the sun, occupies only slightly under eighty‑eight days, the planet always presents the same face to the sun. On that side reigns perpetual day; on the other—the side presented to the earth as Mercury passes us—perpetual night.

The existence of an atmospheric envelope on Mercury, to temper the extremes of heat and cold that would otherwise exist 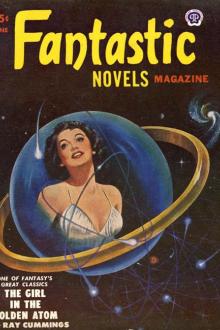 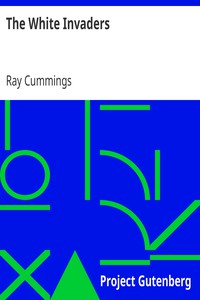