[Transcriber Note: This etext was produced from Amazing Stories January 1943. Extensive research did not uncover any evidence that the U.S. copyright on this publication was renewed.]

CHAPTER I
Jap bombs rained down, there was a tremendous blast—and a weird thing happened to the Idaho

The sun came up over a glassy, motionless sea. In the life-boat, Craig arranged the piece of sail to protect them from the sun. He hoisted it to the top of the improvised mast, spreading it so that it threw a shadow on the boat. There was no wind. There had been no wind for three days.

Craig stood up and swept his eyes around the circle of the sea. The horizon was unbroken. As he sat down he was aware that the girl, Margy Sharp, who had been sleeping at his feet, had awakened.

"See anything, pal?" she whispered.

He shook his head.

Her pinched face seemed to become more pinched at his gesture. She sat up. Her eyes went involuntarily to the keg of water beside Craig. She licked her parched, cracked lips.

"A quarter of a cup is all we get today," Craig said. "Do you want your share now or will you wait and take it later?"

"I'm terribly thirsty," the girl said. She glanced quickly back at the others in the boat. They were still sleeping.

"How about slipping me a whole cup?" she asked, her bold blue eyes fixed intently on Craig's face.

Craig looked at the sea.

"They're asleep," the girl said quickly. "They won't ever know."

Craig sat in silence. He was a big man with a great thatch of black hair and hard gray eyes. He was clad in a pair of torn duck trousers. Rolled bottoms revealed bare feet. He wore no shirt. Holstered on his belt was a heavy pistol.

"Look, big boy," the girl cajoled. "Me and you could get along all right."

"What makes you think so?" Craig questioned.

This was apparently not the answer she had expected. She seemed to be startled. For a moment her eyes measured the man.

Her words made Craig uncomfortable. They came too close to the truth. He shifted his position on the seat.

"So nothing," the girl answered. "Except that we are two of a kind."

"And because we are two of a kind, we can get along?" he questioned.

"Yes," she answered. She made no effort to hide the longing in her eyes. "Look, Craig, me and you, we're tough." She gestured contemptuously at the others in the boat. "They aren't tough."

"No." The words came faster now, as if she had made up her mind to say what she had to say and be damned with the consequences. "They're going to die. Oh, you needn't shake your head. You haven't fooled me for a minute with your pretending there will be a ship along to pick us up. There won't be a ship. Our only hope is that we may drift ashore on an island. It may be days before we find an island. There isn't enough water to keep us all alive that long. So—"

She couldn't quite finish what she had to say. Craig watched her, his eyes cold and unrevealing. Her gaze dropped.

"So why don't you and I split the water and let the others die of thirst because we are tough and they aren't? Is that what you mean?" he asked.

"No—" She faltered. "N—no." Defiance hardened her face. "Yes!" she snapped. "That's what I mean. Why should we take care of them? We don't owe them anything. Why should we die with them? What have they—or anybody else—ever done for us? I'll tell you the answer. Nothing. Nothing! Nothing!"

"Because they have done nothing for us and because we are the stronger, we let them die. Is that what you mean?"

Craig sat in silence for a moment. Dark thoughts were in his mind but his face showed nothing. "I have a gun," he said, "the only gun in the boat. That makes me the boss. Why don't I keep all the water for myself and let the rest of you die of thirst?"

"Oh, you wouldn't do that!" Fright showed on her face.

"Why wouldn't I?" Craig challenged.

"What have you got to offer me that is worth a cup of water?" he demanded.

"What have I got that you want?" she answered. Her eyes were fixed hungrily on Craig's face.

"What have you got that I want! Oh, damn it, girl—" The big man twisted uncomfortably. He avoided her gaze, looking instead at the glassy sea.

"Is it time to wake up?" a new voice asked. It was the voice of Mrs. Miller, who had been lying in the middle of the boat. She raised herself to her knees, looked around at the glassy sea. "I thought—" she whispered. "For a moment I thought I was home again. I guess I must have been—dreaming." She pressed her hands against her eyes to shut out the sight of the sea.

"Is it time to have a drink?" she said, looking at Craig.

"But we always have a drink in the morning," Mrs. Miller protested.

"Not this morning," Craig said.

"Then why can't I have some? I—well, I guess I don't need to tell you why I need a drink."

The reason she needed water was obvious. Worse than anyone else in the boat, Mrs. Miller needed a drink.

"Well, if you must know," Craig said uncomfortably. "Margy and I have decided to keep all the water for ourselves."

"You two have decided—to keep all the—water?" Mrs. Miller said slowly, as if she was trying to understand the meaning of the words. "But what—what about the rest of us?"

"It's too bad for the rest of you," Craig said. He was aware that Margy Sharp was gazing frantically at him but he ignored her. Picking up a tin cup, he held it under the faucet in the side of the keg. A thin stream of water trickled out. He filled the cup half full, and handed it to Margy Sharp.

The girl took the cup. She looked at Craig, then glanced quickly at Mrs. Miller. Her parched lips were working but no sound came forth. She looked at the water and Craig could see the movement of her throat as she tried to swallow.

Mrs. Miller said nothing. She stared at Craig and the girl as if she did not understand what she was seeing.

"Oh, damn you—" Tears were in the girl's eyes. While Craig watched woodenly, she turned and crawled back to where Mrs. Miller was sitting.

"Craig was only teasing," she said gently. "He's a great teaser. He meant for you to have the water all the time. Here, Mrs. Miller, this is for you."

"Thank you, dear; thank you ever so much." Mrs. Miller drank the water slowly, in little sips. Margy Sharp watched her. Craig could see the girl trembling. When the last drop was gone, she brought the cup back to Craig—and flung it in his face.

"I could kill you!" she gasped.

"I gave you what you wanted," he said. His voice was impersonal but the hardness had gone from his eyes.

Sobbing, Margy Sharp collapsed in the bottom of the boat. She hid her face in her hands.

She looked up. He had drawn a fourth of a cup of water and was holding it toward her.

"I—I gave my share to Mrs. Miller," she whispered.

"Water would only rust my stomach," he said. "Take it."

The girl drank. She looked at Craig. There were stars in her eyes.

He leaned forward and patted her on the shoulder. "You'll do, Margy," he said. "You'll do."

The boat floated in the glassy sea. The long ground swell of the Pacific, marching aimlessly toward some unknown shore, lifted it steadily up and down, giving the boat the appearance of moving. An empty tin can, thrown overboard three days previously, floated beside the boat. A school of flying fish, fleeing from some pursuing maw beneath the surface, skipped from wave to wave.

Besides Craig, Margy Sharp, and Mrs. Miller, there were three other persons in the boat, all men. They were: English, a blond youth; Michaelson, a little bird of a man who seemed not yet to have comprehended what had happened to them, or to care; and Voronoff, whose chief distinguishing characteristic was a pair of furtive eyes. English had been wounded. He sat up and looked over the side of the boat. Pointing, he suddenly cried out:

"Easy, old man," Craig said gently. For two days English had been delirious. The infection that had developed in his wound was quite beyond the curative powers of the simple medicines carried among the emergency stores of the life boat.

He stared at something that he could see coming through the air.

Craig drew his pistol. "If it comes after us, I'll shoot it," he said, displaying the gun. "See this pistol."

"That won't stop this dragon," English insisted. "Oh—oh—" His eyes widened with fright as he watched something coming through the sky. He ducked down in the bottom of the boat, hid his face in his hands. Men, caught unprotected in the open by a bombing raid, threw themselves to the ground like that, while they waited for the bombs to fall. A few minutes later, English looked up. Relief showed on his face.

"There was no danger," Craig said gently. "It wouldn't have harmed us. It was a tame dragon."

"There aren't any tame dragons!" the youth said scornfully. He was looking again at the sea. "There's a snake!" he yelled. "A huge snake! It's got its head out of the water—"

"Poor kid," Margy Sharp whispered. "Can't we do something for him?"

"I'm afraid not," Craig answered. "But you might take him some water." He poured a generous share into the cup, watched the girl take it to the youth, who drank it eagerly.

Michaelson and Voronoff, awakened by the hysterical cries of the youth, were sitting up. Michaelson stared incuriously around him, like a bird that finds itself in a strange forest and wonders how he got there. Then he pulled a small black notebook out of his pocket and began studying it. Ever since he had been in the life boat he had been studying the contents of the notebook, ignoring everything else.

"What's the idea of wasting water on him?" Voronoff said sullenly, nodding his head toward English. Margy Sharp was holding the cup to the youth's lips.

"What?" Craig was startled.

"He's done for," Voronoff asserted. He seemed to consider the statement sufficient. He did not attempt to explain it.

A cold glitter appeared in Craig's eyes. "So why waste water on him?" he questioned. "Is that what you mean?"

"That's exactly what I mean," Voronoff answered. "Why waste water on a dead man? We don't have any too much water anyhow."

"You can say that because you've got the gun," Voronoff said.

Craig's face turned gray with anger but he controlled his temper. "If you think you can taunt me into throwing the gun away, you are mistaken," he said. "In the meantime, I have issued water to everyone else and I assume you and Michaelson will want your shares. If you will come aft, one at a time, I will see that you get it."

"Water?" said Michaelson vaguely. He had paid no attention to the argument. When he heard his name mentioned, he looked up and smiled. "Water? Oh, yes, I believe I would like some." He came aft and Craig held the tin cup under the faucet 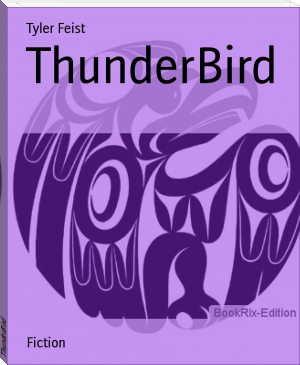