*** START OF THIS PROJECT GUTENBERG EBOOK THERE IS A REAPER ... *** Produced by Greg Weeks, Stephen Blundell and the Online Distributed Proofreading Team at http://www.pgdp.net There Is A Reaper ... By
Charles V. De Vet

Doctors had given him just one month to live. A month to wonder, what comes afterward? There was one way to find out—ask a dead man!

The amber brown of the liquor disguised the poison it held, and I watched with a smile on my lips as he drank it. There was no pity in my heart for him. He was a jackal in the jungle of life, and I ... I was one of the carnivores. It is the lot of the jackals of life to be devoured by the carnivore.

Suddenly the contented look on his face froze into a startled stillness. I knew he was feeling the first savage twinge of the agony that was to come. He turned his head and looked at me, and I saw suddenly that he knew what I had done.

"You murderer!" he cursed me, and then his body arched in the middle and his voice choked off deep in his throat.

For a short minute he sat, tense, his body stiffened by the agony that rode it—unable to move a muscle. I watched the torment in his eyes build up to a crescendo of pain, until the suffering became so great that it filmed his eyes, and I knew that, though he still stared directly at me, he no longer saw me.

Then, as suddenly as the spasm had come, the starch went out of his body and his back slid slowly down the chair edge. He landed heavily with his head resting limply against the seat of the chair. His right leg doubled up in a kind of jerk, before he was still.

I knew the time had come. "Where are you?" I asked.

This moment had cost me sixty thousand dollars.

Three weeks ago the best doctors in the state had given me a month to live. And with seven million dollars in the bank I couldn't buy a minute more.

I accepted the doctors' decision philosophically, like the gambler that I am. But I had a plan: One which necessity had never forced me to use until now. Several years before I had read an article about the medicine men of a certain tribe of aborigines living in the jungles at the source of the Amazon River. They had discovered a process in which the juice of a certain bush—known only to them—could be used to poison a man. Anyone subjected to this poison died, but for a few minutes after the life left his body the medicine men could still converse with him. The subject, though ostensibly and actually dead, answered the medicine men's every question. This was their primitive, though reportedly effective method of catching glimpses of what lay in the world of death.

I had conceived my idea at the time I read the article, but I had never had the need to use it—until the doctors gave me a month to live. Then I spent my sixty thousand dollars, and three weeks later I held in my hands a small bottle of the witch doctors' fluid.

The next step was to secure my victim—my collaborator, I preferred to call him.

The man I chose was a nobody. A homeless, friendless non-entity, picked up off the street. He had once been an educated man. But now he was only a bum, and when he died he'd never be missed. A perfect man for my experiment.

I'm a rich man because I have a system. The system is simple: I never make a move until I know exactly where that move will lead me. My field of operations is the stock market. I spend money unstintingly to secure the information I need before I take each step. I hire the best investigators, bribe employees and persons in position to give me the information I want, and only when I am as certain as humanly possible that I cannot be wrong do I move. And the system never fails. Seven million dollars in the bank is proof of that.

Now, knowing that I could not live, I intended to make the system work for me one last time before I died. I'm a firm believer in the adage that any situation can be whipped, given prior knowledge of its coming—and, of course, its attendant circumstances.

For a moment he did not answer and I began to fear that my experiment had failed. "Where are you?" I repeated, louder and sharper this time.

The small muscles about his eyes puckered with an unnormal tension while the rest of his face held its death frost. Slowly, slowly, unnaturally—as though energized by some hyper-rational power—his lips and tongue moved. The words he spoke were clear. "I am in a ... a ... tunnel," he said. "It is lighted, dimly, but there is nothing for me to see." Blue veins showed through the flesh of his cheeks like watermarks on translucent paper.

"I am alone," he said. "The realities I knew no longer exist, and I am damp and cold. All about me is a sense of gloom and dejection. It is an apprehension—an emanation—so deep and real as to be almost a tangible thing. The walls to either side of me seem to be formed, not of substance, but rather of the soundless cries of melancholy of spirits I cannot see.

"I am waiting, waiting in the gloom for something which will come to me. That need to wait is an innate part of my being and I have no thought of questioning it." His voice died again.

"What are you waiting for?" I asked.

"I do not know," he said, his voice dreary with the despair of centuries of hopelessness. "I only know that I must wait—that compulsion is greater than my strength to combat."

The tone of his voice changed slightly. "The tunnel about me is widening and now the walls have receded into invisibility. The tunnel has become a plain, but the plain is as desolate, as forlorn and dreary as was the tunnel, and still I stand and wait. How long must this go on?"

He fell silent again, and I was about to prompt him with another question—I could not afford to let the time run out in long silences—but abruptly the muscles about his eyes tightened and subtly a new aspect replaced their hopeless dejection. Now they expressed a black, bottomless terror. For a moment I marveled that so small a portion of a facial anatomy could express such horror.

"There is something coming toward me," he said. "A—beast—of brutish foulness! Beast is too inadequate a term to describe it, but I know no words to tell its form. It is an intangible and evasive—thing—but very real. And it is coming closer! It has no organs of sight as I know them, but I feel that it can see me. Or rather that it is aware of me with a sense sharper than vision itself. It is very near now. Oh God, the malevolence, the hate—the potentiality of awful, fearsome destructiveness that is its very essence! And still I cannot move!"

The expression of terrified anticipation, centered in his eyes, lessened slightly, and was replaced, instantly, by its former deep, deep despair. "I am no longer afraid," he said.

"Why?" I interjected. "Why?" I was impatient to learn all that I could before the end came.

"Because ..." He paused. "Because it holds no threat for me. Somehow, someday, I understand—I know—that it too is seeking that for which I wait."

"It has stopped beside me and we stand together, gazing across the stark, empty plain. Now a second awful entity, with the same leashed virulence about it, moves up and stands at my other side. We all three wait, myself with a dark fear of this dismal universe, my unnatural companions with patient, malicious menace.

"Bits of ..." He faltered. "Of ... I can name it only aura, go out from the beasts like an acid stream, and touch me, and the hate, and the venom chill my body like a wave of intense cold.

"Now there are others of the awful breed behind me. We stand, waiting, waiting for that which will come. What it is I do not know."

I could see the pallor of death creeping steadily into the last corners of his lips, and I knew that the end was not far away. Suddenly a black frustration built up within me. "What are you waiting for?" I screamed, the tenseness, and the importance of this moment forcing me to lose the iron self-control upon which I have always prided myself. I knew that the answer held the secret of what I must know. If I could learn that, my experiment would not be in vain, and I could make whatever preparations were necessary for my own death. I had to know that answer.

"Think! Think!" I pleaded. "What are you waiting for?"

"I do not know!" The dreary despair in his eyes, sightless as they met mine, chilled me with a coldness that I felt in the marrow of my being. "I do not know," he repeated. "I ... Yes, I do know!"

Abruptly the plasmatic film cleared from his eyes and I knew that for the first time, since the poison struck, he was seeing me, clearly. I sensed that this was the last moment before he left—for good. It had to be now!

His voice was quiet as he murmured, softly, implacably, before he was gone.

This etext was produced from Imagination Stories of Science and Fantasy August 1953. Extensive research did not uncover any evidence that the U.S. copyright on this publication was renewed. Minor spelling and typographical errors have been corrected without note.

End of Project Gutenberg's There is a Reaper ..., by Charles V. De Vet 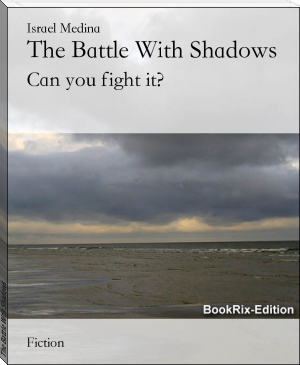