[Transcriber's Note: This text was produced from Analog Science Fact & Fiction March 1961. Extensive research did not uncover any evidence that the U.S. copyright on this publication was renewed.]

At least he'd got far enough to wind up with a personal interview. It's one thing doing up an application and seeing it go onto an endless tape and be fed into the maw of a machine and then to receive, in a matter of moments, a neatly printed rejection. It's another thing to receive an appointment to be interviewed by a placement officer in the Commissariat of Interplanetary Affairs, Department of Personnel. Ronny Bronston was under no illusions. Nine out of ten men of his age annually made the same application. Almost all were annually rejected. Statistically speaking practically nobody ever got an interplanetary position. But he'd made step one along the path of a lifetime ambition.

He stood at easy attention immediately inside the door. At the desk at the far side of the room the placement officer was going through a sheaf of papers. He looked up and said, “Ronald Bronston? Sit down. You'd like an interplanetary assignment, eh? So would I.”

Ronny took the chair. For a moment he tried to appear alert, earnest, ambitious but not too ambitious, fearless, devoted to the cause, and indispensable. For a moment. Then he gave it up and looked like Ronny Bronston.

The other looked up and took him in. The personnel official saw a man of averages. In the late twenties. Average height, weight and breadth. Pleasant of face in an average sort of way, but not handsome. Less than sharp in dress, hair inclined to be on the undisciplined side. Brown of hair, dark of eye. In a crowd, inconspicuous. In short, Ronny Bronston.

The personnel officer grunted. He pushed a button, said something into his order box. A card slid into the slot and he took it out and stared gloomily at it.

“What're your politics?” he said.

“Politics?” Ronny Bronston said. “I haven't any politics. My father and grandfather before me have been citizens of United Planets. There hasn't been any politics in our family for three generations.”

The other grunted and marked the card. “Racial prejudices?”

“I beg your pardon?”

“Do you have any racial prejudices? Any at all.”

The personnel officer said, “Most people answer that way at first, these days, but some don't at second. For instance, suppose you had to have a blood transfusion. Would you have any objection to it being blood donated by, say, a Negro, a Chinese, or, say, a Jew?”

The interviewer snorted, even as he marked the card. “That accounts for three greatgrandfathers,” he said lightly. “You seem to have made a study of your family tree. What was the other one?”

The secretary shrugged and looked at the card again. “Religion?”

“Reformed Agnostic,” Ronny said. This one was possibly where he ran into a brick wall. Many of the planets had strong religious beliefs of one sort or another. Some of them had state religions and you either belonged or else.

“Is there any such church?” the personnel officer frowned.

“No. I'm a one-man member. I'm of the opinion that if there are any greater-powers-that-be They're keeping the fact from us. And if that's the way They want it, it's Their business. If and when They want to contact me—one of Their puppets dangling from a string—then I suppose They'll do it. Meanwhile, I'll wait.”

The other said interestedly, “You think that if there is a Higher Power and if It ever wants to get in touch with you, It will?”

The personnel officer said, “There have been a few revealed religions, you know.”

“So they said, so they said. None of them have made much sense to me. If a Super-Power wanted to contact man, it seems unlikely to me that it'd be all wrapped up in a lot of complicated gobbledegook. It would all be very clear indeed.”

The personnel officer sighed. He marked the card, stuck it back into the slot in his order box and it disappeared.

He looked up at Ronny Bronston. “All right, that's all.”

Ronny came to his feet. “Well, what happened?”

The other grinned at him sourly. “Darned if I know,” he said. “By the time you get to the outer office, you'll probably find out.” He scratched the end of his nose and said, “I sometimes wonder what I'm doing here.”

Ronny thanked him, told him good-by, and left.

In the outer office a girl looked up from a card she'd just pulled from her own order box. “Ronald Bronston?”

She handed the card to him. “You're to go to the office of Ross Metaxa in the Octagon, Commissariat of Interplanetary Affairs, Department of Justice, Bureau of Investigation, Section G.”

In a lifetime spent in first preparing for United Planets employment and then in working for the organization, Ronny Bronston had never been in the Octagon Building. He'd seen photographs, Tri-Di broadcasts and he'd heard several thousand jokes on various levels from pun to obscenity about getting around in the building, but he'd never been there. For that matter, he'd never been in Greater Washington before, other than a long ago tourist trip. Population Statistics, his department, had its main offices in New Copenhagen.

His card was evidently all that he needed for entry.

At the sixth gate he dismissed his car and let it shoot back into the traffic mess. He went up to one of the guard-guides and presented the card.

The guide inspected it. “Section G of the Bureau of Investigation,” he muttered. “Every day, something new. I never heard of it.”

“It's probably some outfit in charge of cleaning the heads on space liners.” [pg 012] Ronny said unhappily. He'd never heard of it either.

“Well, it's no problem,” the guard-guide said. He summoned a three-wheel, fed the co-ordinates into it from Ronny's card, handed the card back and flipped an easy salute. “You'll soon know.”

The scooter slid into the Octagon's hall traffic and proceeded up one corridor, down another, twice taking to ascending ramps. Ronny had read somewhere the total miles of corridors in the Octagon. He hadn't believed the figures at the time. Now he believed them. He must have traversed several miles before they got to the Department of Justice alone. It was another quarter mile to the Bureau of Investigation.

The scooter eventually came to a halt, waited long enough for Ronny to dismount and then hurried back into the traffic.

He entered the office. A neatly uniformed reception girl with a harassed and cynical eye looked up from her desk. “Ronald Bronston?” she said.

“Where've you been?” She had a snappy cuteness. “The commissioner has been awaiting you. Go through that door and to your left.”

Ronny went through that door and to the left. There was another door, inconspicuously lettered Ross Metaxa, Commissioner, Section G. Ronny knocked and the door opened.

Ross Metaxa was going through a wad of papers. He looked up; a man in the middle years, sour of expression, moist of eye as though he either drank too much or slept too little.

“Sit down,” he said. “You're Ronald Bronston, eh? What do they call you, Ronny? It says here you've got a sense of humor. That's one of the first requirements in this lunatic department.”

Ronny sat down and tried to form some opinions of the other by his appearance. He was reminded of nothing so much as the stereotype city editor you saw in the historical romance Tri-Ds. All that was needed was for Metaxa to start banging on buttons and yelling something about tearing down the front page, whatever that meant.

Metaxa said, “It also says you have some queer hobbies. Judo, small weapons target shooting, mountain climbing—” He looked up from the reports. “Why does anybody climb mountains?”

Ronny said, “Nobody's ever figured out.” That didn't seem to be enough, especially since Ross Metaxa was staring at him, so he added, “Possibly we devotees keep doing it in hopes that someday somebody'll find out.”

Ross Metaxa said sourly, “Not too much humor, please. You don't act as though getting this position means much to you.”

Ronny said slowly, “I figured out some time ago that every young man on Earth yearns for a job that will send him shuttling from one planet to another. To achieve it they study, they sweat, they make all out efforts to meet and suck up to anybody they think might help. Finally, when and [pg 013] if they get an interview for one of the few openings, they spruce up in their best clothes, put on their best party manners, present themselves as the sincere, high I.Q., ambitious young men that they are—and then flunk their chance. I decided I might as well be what I am.”

Ronny said blankly, “You mean I've got the job?”

“Probably,” Metaxa said. He yawned. “Do you know what Section G handles?”

“Well no, but as for me, just so I get off Earth and see some of the galaxy.”

Metaxa had been sitting with his heels on his desk. Now he put them down and reached a hand into a drawer to emerge with a brown bottle and two glasses. “Do you drink?” he said. 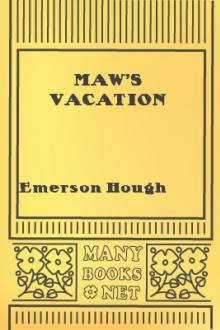