1 2 3 4 5
Go to page:
*** START OF THIS PROJECT GUTENBERG EBOOK THE ADVENTURER *** Produced by Greg Weeks, Stephen Blundell and the Online Distributed Proofreading Team at https://www.pgdp.net
THE
Adventurer BY C. M. KORNBLUTH

President Folsom XXIV said petulantly to his Secretary of the Treasury: "Blow me to hell, Bannister, if I understood a single word of that. Why can't I buy the Nicolaides Collection? And don't start with the rediscount and the Series W business again. Just tell me why."

The Secretary of the Treasury said with an air of apprehension and a thread-like feeling across his throat: "It boils down to—no money, Mr. President."

The President was too engrossed in thoughts of the marvelous collection to fly into a rage. "It's such a bargain," he said mournfully. "An archaic Henry Moore figure—really too big to finger, but I'm no culture-snob, thank God—and fifteen early Morrisons and I can't begin to tell you what else." He looked hopefully at the Secretary of Public Opinion: "Mightn't I seize it for the public good or something?"

The Secretary of Public Opinion shook his head. His pose was gruffly professional. "Not a chance, Mr. President. We'd never get away with it. The art-lovers would scream to high Heaven."

"I suppose so.... Why isn't there any money?" He had swiveled dangerously on the Secretary of the Treasury again.

"Sir, purchases of the new Series W bond issue have lagged badly because potential buyers have been attracted to—"

The Director of the Budget said cautiously: "Mr. President, during the biennium just ending, the Department of Defense accounted for 78 per cent of expenditures—"

The Secretary of Defense growled: "Now wait a minute, Felder! We were voted—"

The President interrupted, raging weakly: "Oh, you rascals! My father would have known what to do with you! But don't think I can't handle it. Don't think you can hoodwink me." He punched a button ferociously; his silly face was contorted with rage and there was a certain tension on all the faces around the Cabinet table.

Panels slid down abruptly in the walls, revealing grim-faced Secret Servicemen. Each Cabinet officer was covered by at least two automatic rifles.

"Take that—that traitor away!" the President yelled. His finger pointed at the Secretary of Defense, who slumped over the table, sobbing. Two Secret Servicemen half-carried him from the room.

President Folsom XXIV leaned back, thrusting out his lower lip. He told the Secretary of the Treasury: "Get me the money for the Nicolaides Collection. Do you understand? I don't care how you do it. Get it." He glared at the Secretary of Public Opinion. "Have you any comments?"

"All right, then." The President unbent and said plaintively: "I don't see why you can't all be more reasonable. I'm a very reasonable man. I don't see why I can't have a few pleasures along with my responsibilities. Really I don't. And I'm sensitive. I don't like these scenes. Very well. That's all. The Cabinet meeting is adjourned."

They rose and left silently in the order of their seniority. The President noticed that the panels were still down and pushed the button that raised them again and hid the granite-faced Secret Servicemen. He took out of his pocket a late Morrison fingering-piece and turned it over in his hand, a smile of relaxation and bliss spreading over his face. Such amusing textural contrast! Such unexpected variations on the classic sequences!

The Cabinet, less the Secretary of Defense, was holding a rump meeting in an untapped corner of the White House gymnasium.

The professionally gruff Secretary of Public Opinion said: "We should murder the bastard. I don't care what happens—"

The Director of the Budget said dryly: "We all know what would happen. President Folsom XXV would take office. No; we've got to keep plugging as before. Nothing short of the invincible can topple the Republic...."

State said wearily: "Not while there's a balance of power, my dear man. The Io-Callisto Question proved that. The Republic and the Soviet fell all over themselves trying to patch things up as soon as it seemed that there would be real shooting. Folsom XXIV and his excellency Premier Yersinsky know at least that much."

The Secretary of the Treasury said: "What would you all think of Steiner for Defense?"

The Director of the Budget was astonished. "Would he take it?"

Treasury cleared his throat. "As a matter of fact, I've asked him to stop by right about now." He hurled a medicine ball into the budgetary gut.

"Oof!" said the Director. "You bastard. Steiner would be perfect. He runs Standards like a watch." He treacherously fired the medicine ball at the Secretary of Raw Materials, who blandly caught it and slammed it back.

"Here he comes," said the Secretary of Raw Materials. "Steiner! Come and sweat some oleo off!"

Steiner ambled over, a squat man in his fifties, and said: "I don't mind if I do. Where's Willy?"

State said: "The President unmasked him as a traitor. He's probably been executed by now."

Steiner looked grim, and grimmer yet when the Secretary of the Treasury said, dead-pan: "We want to propose you for Defense."

"I'm happy in Standards," Steiner said. "Safer, too. The Man's father took an interest in science, but The Man never comes around. Things are very quiet. Why don't you invite Winch, from the National Art Commission? It wouldn't be much of a change for the worse for him."

"No brains," the Secretary for Raw Materials said briefly. "Heads up!"

Steiner caught the ball and slugged it back at him. "What good are brains?" he asked quietly.

"Close the ranks, gentlemen," State said. "These long shots are too hard on my arms."

The ranks closed and the Cabinet told Steiner what good were brains. He ended by accepting. 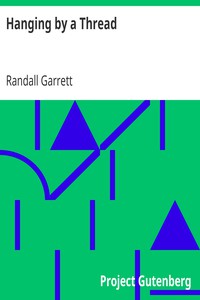