He went where no Martian ever went before—but would he come out—or had he gone for good?

The Professor was congratulating Earth's first visitor from another planet on his wisdom in getting in touch with a cultural anthropologist before contacting any other scientists (or governments, God forbid!), and in learning English from radio and TV before landing from his orbit-parked rocket, when the Martian stood up and said hesitantly, "Excuse me, please, but where is it?"

That baffled the Professor and the Martian seemed to grow anxious—at least his long mouth curved upward, and he had earlier explained that it curling downward was his smile—and he repeated, "Please, where is it?"

He was surprisingly humanoid in most respects, but his complexion was textured so like the rich dark armchair he'd just been occupying that the Professor's pin-striped gray suit, which he had eagerly consented to wear, seemed an arbitrary interruption between him and the chair—a sort of Mother Hubbard dress on a phantom conjured from its leather.

The Professor's Wife, always a perceptive hostess, came to her husband's rescue by saying with equal rapidity, "Top of the stairs, end of the hall, last door."

The Martian's mouth curled happily downward and he said, "Thank you very much," and was off.

Comprehension burst on the Professor. He caught up with his guest at the foot of the stairs.

"No, I can find it myself, thank you," the Martian assured him.

Something rather final in the Martian's tone made the Professor desist, and after watching his visitor sway up the stairs with an almost hypnotic softly jogging movement, he rejoined his wife in the study, saying wonderingly, "Who'd have thought it, by George! Function taboos as strict as our own!"

"I'm glad some of your professional visitors maintain 'em," his wife said darkly.

"But this one's from Mars, darling, and to find out he's—well, similar in an aspect of his life is as thrilling as the discovery that water is burned hydrogen. When I think of the day not far distant when I'll put his entries in the cross-cultural index ..."

He was still rhapsodizing when the Professor's Little Son raced in.

"Pop, the Martian's gone to the bathroom!"

"Now it's perfectly natural, darling, that the boy should notice and be excited. Yes, Son, the Martian's not so very different from us."

"Oh, certainly," the Professor's Wife said with a trace of bitterness. "I don't imagine his turquoise complexion will cause any comment at all when you bring him to a faculty reception. They'll just figure he's had a hard night—and that he got that baby-elephant nose sniffing around for assistant professorships."

"Really, darling! He probably thinks of our noses as disagreeably amputated and paralyzed."

"Well, anyway, Pop, he's in the bathroom. I followed him when he squiggled upstairs."

"Now, Son, you shouldn't have done that. He's on a strange planet and it might make him nervous if he thought he was being spied on. We must show him every courtesy. By George, I can't wait to discuss these things with Ackerly-Ramsbottom! When I think of how much more this encounter has to give the anthropologist than even the physicist or astronomer ..."

He was still going strong on his second rhapsody when he was interrupted by another high-speed entrance. It was the Professor's Coltish Daughter.

The Professor's Coltish Daughter regained her adolescent poise, which was considerable. "Well, he's still in there," she said. "I just tried the door and it was locked."

"I'm glad it was!" the Professor said while his wife added, "Yes, you can't be sure what—" and caught herself. "Really, dear, that was very bad manners."

"I thought he'd come downstairs long ago," her daughter explained. "He's been in there an awfully long time. It must have been a half hour ago that I saw him gyre and gimbal upstairs in that real gone way he has, with Nosy here following him." The Professor's Coltish Daughter was currently soaking up both jive and Alice.

When the Professor checked his wristwatch, his expression grew troubled. "By George, he is taking his time! Though, of course, we don't know how much time Martians ... I wonder."

"I listened for a while, Pop," his son volunteered. "He was running the water a lot."

"Running the water, eh? We know Mars is a water-starved planet. I suppose that in the presence of unlimited water, he might be seized by a kind of madness and ... But he seemed so well adjusted."

Then his wife spoke, voicing all their thoughts. Her outlook on life gave her a naturally sepulchral voice.

"What's he doing in there?"

Twenty minutes and at least as many fantastic suggestions later, the Professor glanced again at his watch and nerved himself for action. Motioning his family aside, he mounted the stairs and tiptoed down the hall.

He paused only once to shake his head and mutter under his breath, "By George, I wish I had Fenchurch or von Gottschalk here. They're a shade better than I am on intercultural contracts, especially taboo-breakings and affronts ..."

His family followed him at a short distance.

The Professor stopped in front of the bathroom door. Everything was quiet as death.

He listened for a minute and then rapped measuredly, steadying his hand by clutching its wrist with the other. There was a faint splashing, but no other sound.

Another minute passed. The Professor rapped again. Now there was no response at all. He very gingerly tried the knob. The door was still locked.

When they had retreated to the stairs, it was the Professor's Wife who once more voiced their thoughts. This time her voice carried overtones of supernatural horror.

"What's he doing in there?"

"He may be dead or dying," the Professor's Coltish Daughter suggested briskly. "Maybe we ought to call the Fire Department, like they did for old Mrs. Frisbee."

The Professor winced. "I'm afraid you haven't visualized the complications, dear," he said gently. "No one but ourselves knows that the Martian is on Earth, or has even the slightest inkling that interplanetary travel has been achieved. Whatever we do, it will have to be on our own. But to break in on a creature engaged in—well, we don't know what primal private activity—is against all anthropological practice. Still—"

"Please! Still, as I was about to say, we do have the moral duty to succor him if, as you all too reasonably suggest, he has been incapacitated by a germ or virus or, more likely, by some simple environmental factor such as Earth's greater gravity."

"Tell you what, Pop—I can look in the bathroom window and see what he's doing. All I have to do is crawl out my bedroom window and along the gutter a little ways. It's safe as houses."

The Professor's question beginning with, "Son, how do you know—" died unuttered and he refused to notice the words his daughter was voicing silently at her brother. He glanced at his wife's sardonically composed face, thought once more of the Fire Department and of other and larger and even more jealous—or would it be skeptical?—government agencies, and clutched at the straw offered him.

Ten minutes later, he was quite unnecessarily assisting his son back through the bedroom window.

"Gee, Pop, I couldn't see a sign of him. That's why I took so long. Hey, Pop, don't look so scared. He's in there, sure enough. It's just that the bathtub's under the window and you have to get real close up to see into it."

"The Martian's taking a bath?"

"Yep. Got it full up and just the end of his little old schnozzle sticking out. Your suit, Pop, was hanging on the door."

The one word the Professor's Wife spoke was like a death knell.

"No, Ma, I don't think so. His schnozzle was opening and closing regular like."

"Maybe he's a shape-changer," the Professor's Coltish Daughter said in a burst of evil fantasy. "Maybe he softens in water and thins out after a while until he's like an eel and then he'll go exploring through the sewer pipes. Wouldn't it be funny if he went under the street and knocked on the stopper from underneath and crawled into the bathtub with President Rexford, or Mrs. President Rexford, or maybe right into the middle of one of Janey Rexford's Oh-I'm-so-sexy bubble baths?"

"Please!" The Professor put his hand to his eyebrows and kept it there, cuddling the elbow in his other hand.

"Well, have you thought of something?" the Professor's Wife asked him after a bit. "What are you going to do?"

The Professor dropped his hand and blinked his eyes hard and took a deep breath.

"Telegraph Fenchurch and Ackerly-Ramsbottom and then break in," he said in a resigned voice, into which, nevertheless, a note of hope seemed also to have come. "First, however, I'm going to wait until morning."

And he sat down cross-legged in the hall a few yards from the bathroom door and folded his arms.

So the long vigil commenced.

The Professor's family shared it and he offered no objection. Other and sterner men, he told himself, might claim to be able successfully to order their children to go to bed when there was a Martian locked in the bathroom, but he would like to see them faced with the situation.

Finally dawn began to seep from the bedrooms. When the bulb in the hall had grown quite dim, the Professor unfolded his arms.

"Good morning!" the Martian said happily. "I never slept better in my life, even in my own little wet bed back on Mars."

He looked around more closely and his mouth straightened. "But where did you all sleep?" he asked. "Don't tell me you stayed dry all night! You didn't give up your only bed to me?"

His mouth curled upward in misery. "Oh, dear," he said, "I'm afraid I've made a mistake somehow. Yet I don't understand how. Before I studied you, I didn't know what your sleeping habits would be, but that question was answered for me—in fact, it looked so reassuringly homelike—when I saw those brief TV scenes of your females ready for sleep in their little tubs. Of course, on Mars, only the fortunate can always be sure of sleeping wet, but here, with your abundance of water, I thought there would be wet beds for all."

He paused. "It's true I had some doubts last night, wondering if I'd used the right words and all, but then when you rapped 'Good night' to me, I splashed the sentiment back at you and went to sleep in a wink. But I'm afraid that somewhere I've blundered and—"

"No, no, dear chap," the Professor managed to say. He had been waving his hand in a gentle circle for some time in token that he wanted to interrupt. "Everything is quite all right. It's true we stayed up all night, but please consider that as a watch—an honor guard, by George!—which we kept to indicate our esteem."

This etext was produced from Galaxy Science Fiction December 1957. Extensive research did not uncover any evidence that the U.S. copyright on this publication was renewed. Minor spelling and typographical errors have been corrected without note.

End of Project Gutenberg's What's He Doing in There?, by Fritz Reuter Leiber 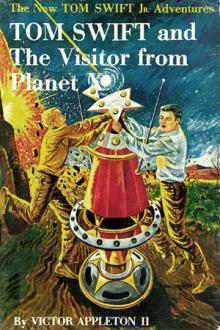