No evidence was found to indicate the copyright on this book was renewed. THE GIRL IN THE GOLDEN ATOM BY RAY CUMMINGS TO
MY FRIEND AND MENTOR
ROBERT H. DAVIS
WITH GRATEFUL ACKNOWLEDGMENT OF
HIS ENCOURAGEMENT AND PRACTICAL
ASSISTANCE TO WHICH I OWE MY
INITIAL SUCCESS CONTENTS

"Then you mean to say there is no such thing as the smallest particle of matter?" asked the Doctor.

"You can put it that way if you like," the Chemist replied. "In other words, what I believe is that things can be infinitely small just as well as they can be infinitely large. Astronomers tell us of the immensity of space. I have tried to imagine space as finite. It is impossible. How can you conceive the edge of space? Something must be beyond—something or nothing, and even that would be more space, wouldn't it?"

"Gosh," said the Very Young Man, and lighted another cigarette.

The Chemist resumed, smiling a little. "Now, if it seems probable that there is no limit to the immensity of space, why should we make its smallness finite? How can you say that the atom cannot be divided? As a matter of fact, it already has been. The most powerful microscope will show you realms of smallness to which you can penetrate no other way. Multiply that power a thousand times, or ten thousand times, and who shall say what you will see?"

The Chemist paused, and looked at the intent little group around him.

He was a youngish man, with large features and horn-rimmed glasses, his rough English-cut clothes hanging loosely over his broad, spare frame. The Banker drained his glass and rang for the waiter.

"Don't be an ass, George," said the Big Business Man. "Just because you don't understand, doesn't mean there is no sense to it."

"What I don't get clearly"—began the Doctor.

"None of it's clear to me," said the Very Young Man.

The Doctor crossed under the light and took an easier chair. "You intimated you had discovered something unusual in these realms of the infinitely small," he suggested, sinking back luxuriously. "Will you tell us about it?"

"Yes, if you like," said the Chemist, turning from one to the other. A nod of assent followed his glance, as each settled himself more comfortably.

"Well, gentlemen, when you say I have discovered something unusual in another world—in the world of the infinitely small—you are right in a way. I have seen something and lost it. You won't believe me probably," he glanced at the Banker an instant, "but that is not important. I am going to tell you the facts, just as they happened."

The Big Business Man filled up the glasses all around, and the Chemist resumed:

"It was in 1910, this problem first came to interest me. I had never gone in for microscopic work very much, but now I let it absorb all my attention. I secured larger, more powerful instruments—I spent most of my money," he smiled ruefully, "but never could I come to the end of the space into which I was looking. Something was always hidden beyond—something I could almost, but not quite, distinguish.

"Then I realized that I was on the wrong track. My instrument was not merely of insufficient power, it was not one-thousandth the power I needed.

"So I began to study the laws of optics and lenses. In 1913 I went abroad, and with one of the most famous lens-makers of Europe I produced a lens of an entirely different quality, a lens that I hoped would give me what I wanted. So I returned here and fitted up my microscope that I knew would prove vastly more powerful than any yet constructed.

"It was finally completed and set up in my laboratory, and one night I went in alone to look through it for the first time. It was in the fall of 1914, I remember, just after the first declaration of war.

"I can recall now my feelings at that moment. I was about to see into another world, to behold what no man had ever looked on before. What would I see? What new realms was I, first of all our human race, to enter? With furiously beating heart, I sat down before the huge instrument and adjusted the eyepiece.

"Then I glanced around for some object to examine. On my finger I had a ring, my mother's wedding-ring, and I decided to use that. I have it here." He took a plain gold band from his little finger and laid it on the table.

"You will see a slight mark on the outside. That is the place into which I looked."

His friends crowded around the table and examined a scratch on one side of the band.

"What did you see?" asked the Very Young Man eagerly.

"Gentlemen," resumed the Chemist, "what I saw staggered even my own imagination. With trembling hands I put the ring in place, looking directly down into that scratch. For a moment I saw nothing. I was like a person coming suddenly out of the sunlight into a darkened room. I knew there was something visible in my view, but my eyes did not seem able to receive the impressions. I realize now they were not yet adjusted to the new form of light. Gradually, as I looked, objects of definite shape began to emerge from the blackness.

"Gentlemen, I want to make clear to you now—as clear as I can—the peculiar aspect of everything that I saw under this microscope. I seemed to be inside an immense cave. One side, near at hand, I could now make out quite clearly. The walls were extraordinarily rough and indented, with a peculiar phosphorescent light on the projections and blackness in the hollows. I say phosphorescent light, for that is the nearest word I can find to describe it—a curious radiation, quite different from the reflected light to which we are accustomed.

"Except for a dim suggestion of roof over the cave, and its floor, I could distinguish nothing. After a moment this floor became clearer. It seemed to be—well, perhaps I might call it black marble—smooth, glossy, yet somewhat translucent. In the foreground the floor was apparently liquid. In no way did it differ in appearance from the solid part, except that its surface seemed to be in motion.

"Another curious thing was the outlines of all the shapes in view. I noticed that no outline held steady when I looked at it directly; it seemed to quiver. You see something like it when looking at an object through water—only, of course, there was no distortion. It was also like looking at something with the radiation of heat between.

"Of the back and other side of the cave, I could see nothing, except in one place, where a narrow effulgence of light drifted out into the immensity of the distance behind.

"I do not know how long I sat looking at this scene; it may have been several hours. Although I was obviously in a cave, I never felt shut in—never got the impression of being in a narrow, confined space.

"On the contrary, after a time I seemed to feel the vast immensity of the blackness before me. I think perhaps it may have been that path of light stretching out into the distance. As I looked it seemed like the reversed tail of a comet, or the dim glow of the Milky Way, and penetrating to equally remote realms of space.

"Perhaps I fell asleep, or at least there was an interval of time during which I was so absorbed in my own thoughts I was hardly conscious of the scene before me.

"Then I became aware of a dim shape in the foreground—a shape merged with the outlines surrounding it. And as I looked, it gradually assumed form, and I saw it was the figure of a young girl, sitting beside the liquid pool. Except for the same waviness of outline and phosphorescent glow, she had quite the normal aspect of a human being of our own world. She was beautiful, according to our own standards of beauty; her long braided hair a glowing black, her face, delicate of feature and winsome in expression. Her lips were a deep red, although I felt rather than saw the colour.

"She was dressed only in a short tunic of a substance I might describe as gray opaque glass, and the pearly whiteness of her skin gleamed with iridescence.

"She seemed to be singing, although I heard no sound. Once she bent over the pool and plunged her hand into it, laughing gaily.

"Gentlemen, I cannot make you appreciate my emotions, when all at once I remembered I was looking through a microscope. I had forgotten entirely my situation, absorbed in the scene before me. And then, abruptly, a great realization came upon me—the realization that everything I saw was inside that ring. I was unnerved for the moment at the importance of my discovery.

"When I looked again, after the few moments my eye took to become accustomed to the new form of light, the scene showed itself as before, except that the girl had gone.

"For over a week, each night at the same time I watched that cave. The girl came always, and sat by the pool as I had first seen her. Once she danced with the wild grace of a wood nymph, whirling in and out the shadows, and falling at last in a little heap beside the pool.

"It was on the tenth night after I had first seen her that the accident happened. I had been watching, I remember, an unusually long time before she appeared, gliding out of the shadows. She seemed in a different mood, pensive and sad, as she bent down over the pool, staring into it intently. Suddenly there was a tremendous cracking sound, sharp as an explosion, and I was thrown backward upon the floor. 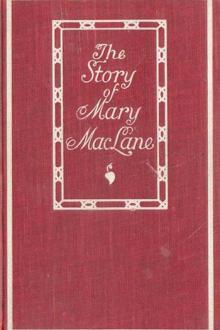