This etext was produced from Astounding Stories March 1933. Extensive research did not uncover any evidence that the U.S. copyright on this publication was renewed.

He picked Sylva up in his arms and ran madly. Invasion By Murray Leinster
The whole fighting fleet of the United Nations is caught in Kreynborg's marvelous, unique trap.

It was August 19, 2037. The United Nations was just fifty years old. Televisors were still monochromatic. The Nidics had just won the World Series in Prague. Com-Pub observatories were publishing elaborate figures on moving specks in space which they considered to be Martian spaceships on their way to Earth, but which United Nations astronomers could not discover at all. Women were using gilt lipsticks that year. Heat-induction motors were still considered efficient prime movers.

That is the essential point, of course—Thorn Hard's work with the Watch. His job was, officially, hanging somewhere above the twenty-thousand-foot level with his detector-screens out, listening for unauthorized traffic. And, the normal state of affairs between the Com-Pubs and the United Nations being one of highly armed truce, "unauthorized traffic" meant nothing more or less than spies.

But on August 19th, 2037, Thorn Hard was off duty. Decidedly so. He was sitting on top of Mount Wendel, in the Rockies; he had a ravishingly pretty girl sitting on the same rock with him, and he was looking at the sunset. The plane behind him was an official Watch plane, which civilians are never supposed to catch a glimpse of. It had brought Thorn Hard and Sylva West to this spot. It waited now, half-hidden by a spur of age-eroded rock, to take them back to civilization again. Its G.C. (General Communication) phone muttered occasionally like the voice of conscience.

The colors of the mountain changed and blended. The sky to westward was a glory of a myriad colors. Man and girl, high above the world, sat with the rosy glow of dying sunlight in their faces and watched the colors fade and shift into other colors and patterns even more exquisite. Their hands touched. They looked at each other. They smiled queerly, as people smile who are in love or otherwise not quite sane. They moved inevitably closer....

And then the G.C. phone barked raucously:

"All Watch planes attention! Urgent! Extreme high-level traffic reported seven-ten line bound due east, speed over one thousand. All Watch planes put out all detectors and use extra vigilance. Note: the speed, course, and time of report of this traffic checks with Com-Pub observations of moving objects approaching Earth from Mars. This possibility should be considered before opening fire."

Thorn Hard stiffened all over. He got up and swung down to the stubby little ship with its gossamer-like wings of cellate. He touched the report button.

He was throwing on the screens even as he reported. And the vertical detector began to whistle shrilly. His eyes darted to the dial, and he spoke again.

And then there was a barely audible whining noise high in the air to the west. It grew in volume and changed in pitch. From a whine it became a scream. From a scream it rose to a shriek. Something monstrous and red glittered in the dying sunlight. It was huge. It was of no design ever known on earth. Wings supported it, but they were obscured by the blasts of forward rockets checking its speed.

It was dropping rapidly. Then lifting-rockets spouted flame to keep it from too rapid a descent. It cleared a mountain-peak by a bare two hundred feet, some two miles to the south. It was a hundred-odd feet in length. It was ungainly in shape, monstrous in conformation. Colossal rocket-tubes behind it now barely trickled vaporous discharges. It cleared the mountain-top, went heavily on in a steep glide downward, and vanished behind a mountain-flank. Presently the thin mountain air brought the echoed sound of its landing, of rapid-fire explosions of rocket-tubes, and then silence.

Thorn Hard was snapping swift, staccato sentences into the report-transmitter. Describing the clumsy glittering monster, its motion; its wings; its method of propulsion. It seemed somehow familiar despite its strangeness. He said so.

Then a vivid blue flame licked all about the rim of the world and was gone. Simultaneously the G.C. speaker crashed explosively and went dead. Thorn went on grimly, switching in the spare.

"A very violent electrical discharge went out from it then. A blue light seemed to flash all around the horizon at no great distance and my speaker blew out. I have turned on the spare. I do not know whether my sender is functioning—"

The spare speaker cut in abruptly at that moment:

"It is. Stay where you are and observe. A squadron is coming."

Then the voice broke off, because a new sound was coming from the speaker. It was a voice that was unhuman and queerly horrible and somehow machine-like. Hoots and howls and whistles came from the speaker. Wailing sounds. Ghostly noises, devoid of consonants but broadcast on a wave-length close to the G.C. band and therefore produced by intelligence, though unintelligible. The unhuman hoots and wails and whistles came through for nearly a minute, and stopped.

"Stay on duty!" snapped the G.C. speaker. "That's no language known on earth. Those are Martians!"

Thorn looked up to see Sylva standing by the Watch-plane door. Her face was pale in the growing darkness outside.

"Beginning duty sir," said Thorn steadily, "I report that I have with me Miss Sylva West, my fiancée, in violation of regulations. I ask that her family be notified."

He snapped off the lights and went with her. The red rocket-ship had landed in the very next valley. There was a glare there, which wavered and flickered and died away.

The glare vanished. There was only silence, a curiously complete and deadly silence. And Thorn said, suddenly:

There was not. Not a breath of air. The mountains were uncannily quiet. The air was impossibly still, for a mountain-top. Ten minutes went by. Twenty. The detector-whistles shrilled.

And then, abruptly, there was a lurid flash in the sky to northward. Two thousand feet up and a mile away, the unearthly green blaze of a hexynitrate explosion lit the whole earth with unbearable brilliance.

The racking concussion-wave of hexynitrate will break human eardrums at an incredible distance. But no sound came, though the seconds went by.... Then, two miles away, there was a second gigantic flash.... Then a third.... But there was no sound at all. The quiet of the hills remained unbroken, though Thorn knew that such cataclysmic detonations should be audible at twenty miles or more. Then lights flashed on above. Two—three—six of them. They wavered all about, darting here and there.... Then one of the flying searchlights vanished utterly in a fourth terrific flash of green.

"The watch planes are going up!" said Thorn dazedly. "Blowing up! And we can't hear the explosions!"

Behind him the G.C. speaker barked his call. He raced to get its message.

"The Watch planes we sent to join you," said a curt voice he recognized as that of the Commanding General of the United Nations, "have located an invisible barrier by their sonic altimeters. Four of them seem to have rammed it and exploded without destroying it. What have you to report?"

"I've seen the flashes, sir," said Thorn unsteadily, "but they made no noise. And there's no wind, sir. Not a breath since the blue flash I reported."

"Your statement bears out their report," said the G.C. speaker harshly. "The barrier seems to be hemispherical. No such barrier is known on Earth. These must be Martians, as the Com-Pubs said. You will wait until morning and try to make peaceful contact with them. This barrier may be merely a precaution on their part. You will try to convince them that we wish to be friendly."

"I don't believe they're Martians, sir—"

Sylva came racing to the door of the plane.

Thorn himself heard a dull droning noise in the air, coming toward him.

"Occupants of the rocket-ship, sir," he said grimly, "seem to be approaching. Orders?"

"Evacuate the ship," snapped the G.C. phone. "Let them examine it. They will understand how we communicate and prepare to receive and exchange messages. If they seem friendly, make contact at once."

Thorn made swift certain movements and dived for the door. He seized Sylva and fled for the darkness below the plane. He was taking a desperate risk of falling down the mountain-slopes. The droning drew near. It passed directly overhead. Then there was a flash and a deafening report. A beam of light appeared aloft. It searched for and found Thorn's plane, now a wreck. Flash after flash and explosion after explosion followed....

They stopped. Their echoes rolled and reverberated among the hills. There was a hollow, tremendous intensification of the echoes aloft as if a dome of some solid substance had reflected back the sound. Slowly the rollings died away. Then a voice boomed through a speaker overhead, and despite his suspicions Thorn felt a queer surprise. It was a human voice, a man's voice, full of a horrible amusement.

"Thorn Hardt! Thorn Hardt! Where are you?" Thorn did not move or reply. "If I haff not killed you, you hear me," the voice chuckled. "Come to see me, Thorn Hardt. Der dome of force iss big, yes, but you can no more get out than your friends can get in. And now I haff destroyed your phones so you can no longer chat with them. Come and see me, Thorn Hardt, so I will not be bored. We will discuss der Com-Pubs. And bring der lady friend. You may play der chaperon!"

The voice laughed. It was not pleasant laughter. And the humming drone in the air rose and dwindled. It moved away from the mountain-top. It lessened and lessened until it was inaudible. Then there was dead silence again.

"By his accent, he's a Baltic Russian," said Thorn very grimly in the darkness. "Which means Com-Pubs, not Martians, though we're the only people who realize it; and they're starting a war! And we, Sylva, must warn our people. How are we going to do it?"

She pressed his hand confidently, but it did not look promising. Thorn Hard was on foot, without a transmitter, armed only with his belt-weapons and with a girl to look after, and moreover imprisoned in a colossal dome of force which hexynitrate had failed to crack....

It was August 20, 2037. There was a triple murder in Paris which was rumored to be the work of a Com-Pub spy, though the murderer's unquestionably Gallic touches made the rumor dubious. Newspaper vendor-units were screaming raucously, "Martians land in Colorado!" and the newspapers themselves printed colored-photos of hastily improvised models in their accounts of the landing of a blood-red rocket-ship in the widest part of the Rockies. The inter-continental tennis matches reached their semi-finals in Havana, Cuba. Thorn Hard had not reported to Watch headquarters in twelve hours. Quadruplets were born in Des Moines, Iowa. Krassin, Commissar of Commissars of the Com-Pubs, made a diplomatic inquiry about the rumors that a Martian space-ship had landed in North America. He asked that Com-Pub scientists be permitted to join in the questioning and examination of the Martian visitors. The most famous European screen actress landed from the morning Trans-Atlantic plane with her hair dyed a light lavender, and beauty-shops throughout the country placed rush orders for dye to take care of the demand for lavender hair which would begin by mid-afternoon. The heavy-weight champion of the United Nations was warned that his title would be forfeited if he further dodged a fight with his 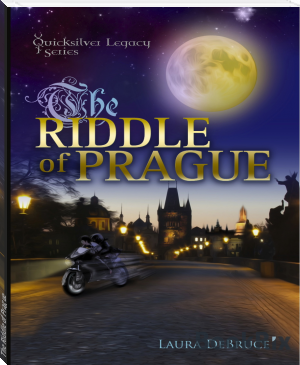