Most of the stories in this collection appeared originally in the Pall Mall Budget, two were published in the Pall Mall Gazette, and one in St James’s Gazette. I desire to make the usual acknowledgments. The third story in the book was, I find, reprinted by the Observatory, and the “Lord of the Dynamos” by the Melbourne Leader.

THE FLOWERING OF THE STRANGE ORCHID

IN THE AVU OBSERVATORY

THE TRIUMPHS OF A TAXIDERMIST

A DEAL IN OSTRICHES

THE TEMPTATION OF HARRINGAY

THE REMARKABLE CASE OF DAVIDSON’S EYES

THE LORD OF THE DYNAMOS

THE TREASURE IN THE FOREST

“This again,” said the Bacteriologist, slipping a glass slide under the microscope, “is a preparation of the celebrated Bacillus of cholera—the cholera germ.”

The pale-faced man peered down the microscope. He was evidently not accustomed to that kind of thing, and held a limp white hand over his disengaged eye. “I see very little,” he said.

“Touch this screw,” said the Bacteriologist; “perhaps the microscope is out of focus for you. Eyes vary so much. Just the fraction of a turn this way or that.”

“Ah! now I see,” said the visitor. “Not so very much to see after all. Little streaks and shreds of pink. And yet those little particles, those mere atomies, might multiply and devastate a city! Wonderful!”

He stood up, and releasing the glass slip from the microscope, held it in his hand towards the window. “Scarcely visible,” he said, scrutinising the preparation. He hesitated. “Are these—alive? Are they dangerous now?”

“Those have been stained and killed,” said the Bacteriologist. “I wish, for my own part, we could kill and stain every one of them in the universe.”

“I suppose,” the pale man said with a slight smile, “that you scarcely care to have such things about you in the living—in the active state?”

“On the contrary, we are obliged to,” said the Bacteriologist. “Here, for instance—” He walked across the room and took up one of several sealed tubes. “Here is the living thing. This is a cultivation of the actual living disease bacteria.” He hesitated, “Bottled cholera, so to speak.”

A slight gleam of satisfaction appeared momentarily in the face of the pale man.

“It’s a deadly thing to have in your possession,” he said, devouring the little tube with his eyes. The Bacteriologist watched the morbid pleasure in his visitor’s expression. This man, who had visited him that afternoon with a note of introduction from an old friend, interested him from the very contrast of their dispositions. The lank black hair and deep grey eyes, the haggard expression and nervous manner, the fitful yet keen interest of his visitor were a novel change from the phlegmatic deliberations of the ordinary scientific worker with whom the Bacteriologist chiefly associated. It was perhaps natural, with a hearer evidently so impressionable to the lethal nature of his topic, to take the most effective aspect of the matter.

He held the tube in his hand thoughtfully. “Yes, here is the pestilence imprisoned. Only break such a little tube as this into a supply of drinking-water, say to these minute particles of life that one must needs stain and examine with the highest powers of the microscope even to see, and that one can neither smell nor taste—say to them, ‘Go forth, increase and multiply, and replenish the cisterns,’ and death—mysterious, untraceable death, death swift and terrible, death full of pain and indignity—would be released upon this city, and go hither and thither seeking his victims. Here he would take the husband from the wife, here the child from its mother, here the statesman from his duty, and here the toiler from his trouble. He would follow the water-mains, creeping along streets, picking out and punishing a house here and a house there where they did not boil their drinking-water, creeping into the wells of the mineral-water makers, getting washed into salad, and lying dormant in ices. He would wait ready to be drunk in the horse-troughs, and by unwary children in the public fountains. He would soak into the soil, to reappear in springs and wells at a thousand unexpected places. Once start him at the water supply, and before we could ring him in, and catch him again, he would have decimated the metropolis.”

He stopped abruptly. He had been told rhetoric was his weakness.

“But he is quite safe here, you know—quite safe.”

The pale-faced man nodded. His eyes shone. He cleared his throat. “These Anarchist—rascals,” said he, “are fools, blind fools—to use bombs when this kind of thing is attainable. I think—”

A gentle rap, a mere light touch of the finger-nails was heard at the door. The Bacteriologist opened it. “Just a minute, dear,” whispered his wife.

When he re-entered the laboratory his visitor was looking at his watch. “I had no idea I had wasted an hour of your time,” he said. “Twelve minutes to four. I ought to have left here by half-past three. But your things were really too interesting. No, positively I cannot stop a moment longer. I have an engagement at four.”

He passed out of the room reiterating his thanks, and the Bacteriologist accompanied him to the door, and then returned thoughtfully along 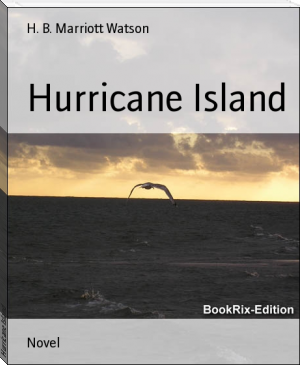