At the Earth's Core
By Edgar Rice Burroughs

In the first place please bear in mind that I do not expect you to believe this story. Nor could you wonder had you witnessed a recent experience of mine when, in the armor of blissful and stupendous ignorance, I gaily narrated the gist of it to a Fellow of the Royal Geological Society on the occasion of my last trip to London.

You would surely have thought that I had been detected in no less a heinous crime than the purloining of the Crown Jewels from the Tower, or putting poison in the coffee of His Majesty the King.

The erudite gentleman in whom I confided congealed before I was half through!—it is all that saved him from exploding—and my dreams of an Honorary Fellowship, gold medals, and a niche in the Hall of Fame faded into the thin, cold air of his arctic atmosphere.

But I believe the story, and so would you, and so would the learned Fellow of the Royal Geological Society, had you and he heard it from the lips of the man who told it to me. Had you seen, as I did, the fire of truth in those gray eyes; had you felt the ring of sincerity in that quiet voice; had you realized the pathos of it all—you, too, would believe. You would not have needed the final ocular proof that I had—the weird rhamphorhynchus-like creature which he had brought back with him from the inner world.

I came upon him quite suddenly, and no less unexpectedly, upon the rim of the great Sahara Desert. He was standing before a goat-skin tent amidst a clump of date palms within a tiny oasis. Close by was an Arab douar of some eight or ten tents.

I had come down from the north to hunt lion. My party consisted of a dozen children of the desert—I was the only "white" man. As we approached the little clump of verdure I saw the man come from his tent and with hand-shaded eyes peer intently at us. At sight of me he advanced rapidly to meet us.

"A white man!" he cried. "May the good Lord be praised! I have been watching you for hours, hoping against hope that THIS time there would be a white man. Tell me the date. What year is it?"

And when I had told him he staggered as though he had been struck full in the face, so that he was compelled to grasp my stirrup leather for support.

"I am telling you the truth, my friend," I replied. "Why should I deceive a stranger, or attempt to, in so simple a matter as the date?"

For some time he stood in silence, with bowed head.

"Ten years!" he murmured, at last. "Ten years, and I thought that at the most it could be scarce more than one!" That night he told me his story—the story that I give you here as nearly in his own words as I can recall them.


I TOWARD THE ETERNAL FIRES

I was born in Connecticut about thirty years ago. My name is David Innes. My father was a wealthy mine owner. When I was nineteen he died. All his property was to be mine when I had attained my majority—provided that I had devoted the two years intervening in close application to the great business I was to inherit.

I did my best to fulfil the last wishes of my parent—not because of the inheritance, but because I loved and honored my father. For six months I toiled in the mines and in the counting-rooms, for I wished to know every minute detail of the business.

Then Perry interested me in his invention. He was an old fellow who had devoted the better part of a long life to the perfection of a mechanical subterranean prospector. As relaxation he studied paleontology. I looked over his plans, listened to his arguments, inspected his working model—and then, convinced, I advanced the funds necessary to construct a full-sized, practical prospector.

I shall not go into the details of its construction—it lies out there in the desert now—about two miles from here. Tomorrow you may care to ride out and see it. Roughly, it is a steel cylinder a hundred feet long, and jointed so that it may turn and twist through solid rock if need be. At one end is a mighty revolving drill operated by an engine which Perry said generated more power to the cubic inch than any other engine did to the cubic foot. I remember that he used to claim that that invention alone would make us fabulously wealthy—we were going to make the whole thing public after the successful issue of our first secret trial—but Perry never returned from that trial trip, and I only after ten years.

I recall as it were but yesterday the night of that momentous occasion upon which we were to test the practicality of that wondrous invention. It was near midnight when we repaired to the lofty tower in which Perry had constructed his "iron mole" as he was wont to call the thing. The great nose rested upon the bare earth of the floor. We passed through the doors into the outer jacket, secured them, and then passing on into the cabin, which contained the controlling mechanism within the inner tube, switched on the electric lights.

Perry looked to his generator; to the great tanks that held the life-giving chemicals with which he was to manufacture fresh air to replace that which we consumed in breathing; to his instruments for recording temperatures, speed, distance, and for examining the materials through which we were to pass.

He tested the steering device, and overlooked the mighty cogs which transmitted its marvelous velocity to the giant drill at the nose of his strange craft.

Our seats, into which we strapped ourselves, were so arranged upon transverse bars that we would be upright whether the craft were ploughing her way downward into the bowels of the earth, or running horizontally along some great seam of coal, or rising vertically toward the surface again.

At length all was ready. Perry bowed his head in prayer. For a moment we were silent, and then the old man's hand grasped the starting lever. There was a frightful roaring beneath us—the giant frame trembled and vibrated—there was a rush of sound as the loose earth passed up through the hollow space between the inner and outer jackets to be deposited in our wake. We were off!

The noise was deafening. The sensation was frightful. For a full minute neither of us could do aught but cling with the proverbial desperation of the drowning man to the handrails of our swinging seats. Then Perry glanced at the thermometer.

"Gad!" he cried, "it cannot be possible—quick! What does the distance meter read?"

That and the speedometer were both on my side of the cabin, and as I turned to take a reading from the former I could see Perry muttering.

"Ten degrees rise—it cannot be possible!" and then I saw him tug frantically upon the steering wheel.

As I finally found the tiny needle in the dim light I translated Perry's evident excitement, and my heart sank within me. But when I spoke I hid the fear which haunted me. "It will be seven hundred feet, Perry," I said, "by the time you can turn her into the horizontal."

"You'd better lend me a hand then, my boy," he replied, "for I cannot budge her out of the vertical alone. God give that our combined strength may be equal to the task, for else we are lost."

I wormed my way to the old man's side with never a doubt but that the great wheel would yield on the instant to the power of my young and vigorous muscles. Nor was my belief mere vanity, for always had my physique been the envy and despair of my fellows. And for that very reason it had waxed even greater than nature had intended, since my natural pride in my great strength had led me to care for and develop my body and my muscles by every means within my power. What with boxing, football, and baseball, I had been in training since childhood.

And so it was with the utmost confidence that I laid hold of the huge iron rim; but though I threw every ounce of my strength into it, my best effort was as unavailing as Perry's had been—the thing would not budge—the grim, insensate, horrible thing that was holding us upon the straight road to death!

At length I gave up the useless struggle, and without a word returned to my seat. There was no need for words—at least none that I could imagine, unless Perry desired to pray. And I was quite sure that he would, for he never left an opportunity neglected where he might sandwich in a prayer. He prayed when he arose in the morning, he prayed before he ate, he prayed when he had finished eating, and before he went to bed at night he prayed again. In between he often found excuses to pray even when the provocation seemed far-fetched to my worldly eyes—now that he was about to die I felt positive that I should witness a perfect orgy of prayer—if one may allude with such a simile to so solemn an act.

But to my astonishment I discovered that with death staring him in the face Abner Perry was transformed into a new being. From his lips there flowed—not prayer—but a clear and limpid stream of undiluted profanity, and it was all directed at that quietly stubborn piece of unyielding mechanism.

"I should think, Perry," I chided, "that a man of your professed religiousness would rather be at his prayers than cursing in the presence of imminent death."

"Death!" he cried. "Death is it that appalls you? That is nothing by comparison with the loss the world must suffer. Why, David within this iron cylinder we have demonstrated possibilities that science has scarce dreamed. We have harnessed a new principle, and with it animated a piece of steel with the power of ten thousand men. That two lives will be snuffed out is nothing to the world calamity that entombs in the bowels of the earth the discoveries that I have made and proved in the successful construction of the thing that is now carrying us farther and farther toward the eternal central fires."

I am frank to admit that for myself I was much more concerned with our own immediate future than with any problematic loss which the world might be about to suffer. The world was at least ignorant of its bereavement, while to me it was a real and terrible actuality.

"What can we do?" I asked, hiding my perturbation beneath the mask of a low and level voice.

"We may stop here, and die of asphyxiation when our atmosphere tanks are empty," replied Perry, "or we may continue on with the slight hope that we may later sufficiently deflect the prospector from the vertical to carry us along the arc of a great circle which must eventually return us to the surface. If we succeed in so doing before we reach the higher internal temperature we may even yet survive. There would seem to me to be about one chance in several million that we shall succeed—otherwise we shall die more quickly but no more surely than as though we sat supinely waiting for the torture of a slow and horrible death."

I glanced at the thermometer. It registered 110 degrees. While we were talking the mighty iron 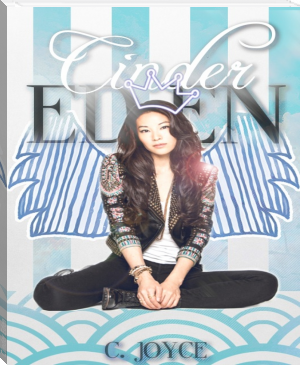 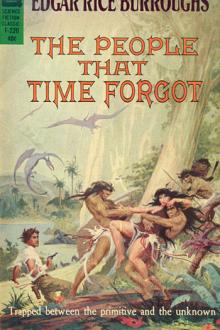 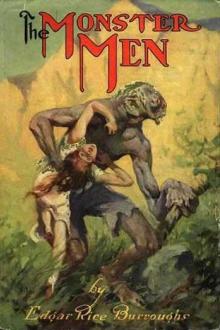