1 2 3 4 5 6 7 8 9 10 ... 46
Go to page:
*** START OF THIS PROJECT GUTENBERG EBOOK THE GODDESS OF ATVATABAR *** Produced by Sankar Viswanathan, Juliet Sutherland, and the Online Distributed Proofreading Team at http://www.pgdp.net
Map of the Interior World. THE Goddess of Atvatabar BEING THE HISTORY OF THE DISCOVERY OF THE INTERIOR WORLD AND CONQUEST OF ATVATABAR BY WILLIAM R. BRADSHAW PROFUSELY ILLUSTRATED NEW YORK J. F. DOUTHITT 286 Fifth Avenue 1892 Copyright, 1891, by WILLIAM R. BRADSHAW

LIST OF ILLUSTRATIONS. artist, page Map of the interior world, Frontispiece. I signalled the engineer full speed ahead, and in a short time
we crossed the ice-foot and entered the chasm, C. Durand Chapman, 17 A semi-circle of rifles was discharged at the unhappy brutes.
Two of them, fell dead in their tracks, " 29 The terror inspired by the professor's words was plainly
visible on every face, " 35 At this moment a wild cry arose from the sailors. With one voice
they shouted, "The sun! The sun!" " 41 One of the flying men caught Flathootly by the hair of the head,
and lifted him out of the water, R. W. Rattray, 55 One of the mounted police got hold of the switch on the back
of the bockhockid, and brought it to a standstill, Carl Gutherz, 69 The sacred locomotive stormed the mountain heights with its
audacious tread, C. Durand Chapman, 75 The king embraced me, and I kissed the hand of her majesty, " 81 A procession of priests and priestesses passed down the living aisles,
bearing trophies of art, Harold Haven Brown, 87 On the throne sat the Supreme Goddess Lyone, the representative of
Harikar, the Holy Soul, C. Durand Chapman, 97 The throne of the gods was indeed the golden heart of Atvatabar,
the triune symbol of body, mind, and spirit, " 101 Her holiness offered both his majesty the king and myself her hand
to kiss, " 111 Zoophytes of Atvatabar, Paul de Longpr� The Lilasure, 117 The Laburnul, 118 The Green Gazzle of Glockett Gozzle, 119 Jeerloons, 120 A Jeerloon, 120 The Lillipoutum, 121 The Jugdul, 122 The Yarphappy, 123 The Jalloast, 124 The Gasternowl, 125 The Crocosus, 126 The Jardil, or Love-pouch, 127 The Blocus, 128 The Funny-fenny, or Clowngrass, 129 The Gleroseral, 130 The Eaglon, 131 The goddess stood holding on to the outer rail of the deck,
the incarnation of courage, C. Durand Chapman, 135 Then the ship rose again toward the mammoth rocks, adorned
with the tapestries of falling wave, " 141 Lyone was borne on a litter from the aerial ship to the palace, " 147 The priest and priestess stood beside the altar, each reading an
alternate stanza from the ritual of the goddess, R. W. Rattray, 155 Her kiss was a blinding whirlwind of flame and tears, C. Durand Chapman, 181 The labyrinth was a subterranean garden, whose trees and
flowers were chiselled out of the living rock, Paul de Longpr�, 187 As i gazed, lo! a shower of blazing jewels issued from the mouth
of the hehorrent, Leonard M. Davis, 191 "By virtue of the spirit power in this cable," said the sorcerer,
"I will that the magical Island of Arjeels shall rise above
the waves," C. Durand Chapman, 197 The ship in company with a vast volume of water sprang into the
air to a great height, " 223 We slowly dragged ourselves across the range of icy peaks, " 241 I mounted the trunk and proposed the health of Her Majesty Lyone,
Queen of Atvatabar, R. W. Rattray, 261 Lyone reached for a flower, and in doing so touched the vase, and
immediately fell dead upon the floor, C. Durand Chapman, 273 At this juncture a shell of terrorite exploded among the foe with
thrilling effect, destroying at least two hundred bockhockids, Walter M. Dunk, 285 Heavens and earth! He was holding Lyone in his arms, alive from
the living battery! Lyone, the peerless soul of souls, alive once
more and triumphant over death, C. Durand Chapman, 293 We sat thus crowned amid the tremendous excitement. The people
shouted, "Life, health and prosperity to our sovereign lord and
lady, Lexington and Lyone, King and Queen of Atvatabar," Allan B. Doggett, 307 Oi made Bhooly an' Koshnili kneel down, an' a sojer tied their
hands behind their backs. Then Oi ordhered a wayleal to behead
thim wid their own swords, Allan B. Doggett, 313

It is proper that some explanation be made as to the position occupied by the following story in the realm of fiction, and that a brief estimate should be made of its literary value.

Literature may be roughly classified under two heads—the creative and the critical. The former is characteristic of the imaginative temperament, while the latter is analytical in its nature, and does not rise above the level of the actual. Rightly pursued, these two ways of searching out truth should supplement each other. The poet finds in God the source of matter; the man of science traces matter up to God. Science is poetry inverted: the latter sees in the former confirmation of its airiest flight; it is synthetic and creative, whereas science dissects and analyzes. Obviously, the most spiritual conceptions should always maintain a basis in the world of fact, and the greatest works of literary art, while taking their stand upon the solid earth, have not feared to lift their heads to heaven. The highest art is the union of both methods, but in recent times realism in an extreme form, led by Zola and Tolstoi, and followed with willing though infirm footsteps by certain American writers, has attained a marked prominence in literature, while romantic writers have suffered a corresponding obscuration. It must be admitted that the influence of the realists is not entirely detrimental; on the contrary, they have imported into literature a nicety of observation, a heedfulness of workmanship, a mastery of technique, which have been greatly to its advantage. Nevertheless, the novel of hard facts has failed to prove its claim to infallibility. Facts in themselves are impotent to account for life. Every material fact is but the representative on the plane of sense of a corresponding truth on the spiritual plane. Spirit is the substance; fact the shadow only, and its whole claim to existence lies in its relation to spirit. Bulwer declares in one of his early productions that the Ideal is the only true Real.

In the nature of things a reaction from the depression of the realistic school must take place. Indeed, it has already set in, even at the moment of the realists' apogee. A dozen years ago the author of "John Inglesant," in a work of the finest art and most delicate spirituality, showed that the spell of the ideal had not lost its efficacy, and the books that he has written since then have confirmed and emphasized the impression

Free e-book: «The Goddess of Atvatabar&lt;br /&gt;Being the history of the discovery of the interior world and conquest of Atvatabar by William Richard Bradshaw (spanish books to read txt) 📕»   -   read online now on website american library books (americanlibrarybooks.com) 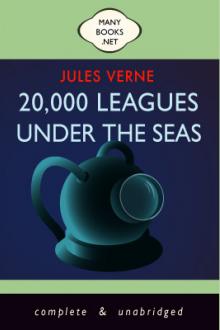