A number of obvious typographical errors have been corrected in this text.
For a complete list, please see the bottom of this document.

A Table of Contents has been added for the convenience of the reader.

SHE STARTED TOWARD THE DOOR

IN SEARCH OF THE
UNKNOWN

BY ROBERT W. CHAMBERS AUTHOR OF "THE MAIDS OF PARADISE" "THE MAID-AT-ARMS"
"CARDIGAN" "THE CONSPIRATORS" ETC.

My dear Le Grand,—You and I were early drawn together by a common love of nature. Your researches into the natural history of the tree-toad, your observations upon the mud-turtles of Providence Township, your experiments with the fresh-water lobster, all stimulated my enthusiasm in a scientific direction, which has crystallized in this helpful little book, dedicated to you.

Pray accept it as an insignificant payment on account for all I owe to you.


It appears to the writer that there is urgent need of more "nature books"—books that are scraped clear of fiction and which display only the carefully articulated skeleton of fact. Hence this little volume, presented with some hesitation and more modesty. Various chapters have, at intervals, appeared in the pages of various publications. The continued narrative is now published for the first time; and the writer trusts that it may inspire enthusiasm for natural and scientific research, and inculcate a passion for accurate observation among the young.


Where the slanting forest eaves,
Shingled tight with greenest leaves,
Sweep the scented meadow-sedge,
Let us snoop along the edge;
Let us pry in hidden nooks,
Laden with our nature books,
Scaring birds with happy cries,
Chloroforming butterflies,
Rooting up each woodland plant,
Pinning beetle, fly, and ant,
So we may identify
What we've ruined, by-and-by.


[1]
IN SEARCH OF THE UNKNOWN
IToC


Because it all seems so improbable—so horribly impossible to me now, sitting here safe and sane in my own library—I hesitate to record an episode which already appears to me less horrible than grotesque. Yet, unless this story is written now, I know I shall never have the courage to tell the truth about the matter—not from fear of ridicule, but because I myself shall soon cease to credit what I now know to be true. Yet scarcely a month has elapsed since I heard the stealthy purring of what I believed to be the shoaling undertow—scarcely a month ago, with my own eyes, I saw that which, even now, I am beginning to believe never existed. As for the harbor-master—and the blow I am now striking at the old order of things—But of that I shall not speak now, or later; I shall try to tell the story simply and truthfully, and let my friends testify as to my probity and the publishers of this book corroborate them.

On the 29th of February I resigned my position under the government and left Washington to accept an offer from Professor Farrago—whose name he kindly [2]permits me to use—and on the first day of April I entered upon my new and congenial duties as general superintendent of the water-fowl department connected with the Zoological Gardens then in course of erection at Bronx Park, New York.

For a week I followed the routine, examining the new foundations, studying the architect's plans, following the surveyors through the Bronx thickets, suggesting arrangements for water-courses and pools destined to be included in the enclosures for swans, geese, pelicans, herons, and such of the waders and swimmers as we might expect to acclimate in Bronx Park.

It was at that time the policy of the trustees and officers of the Zoological Gardens neither to employ collectors nor to send out expeditions in search of specimens. The society decided to depend upon voluntary contributions, and I was always busy, part of the day, in dictating answers to correspondents who wrote offering their services as hunters of big game, collectors of all sorts of fauna, trappers, snarers, and also to those who offered specimens for sale, usually at exorbitant rates.

To the proprietors of five-legged kittens, mangy lynxes, moth-eaten coyotes, and dancing bears I returned courteous but uncompromising refusals—of course, first submitting all such letters, together with my replies, to Professor Farrago.

One day towards the end of May, however, just as I was leaving Bronx Park to return to town, Professor Lesard, of the reptilian department, called out to me that Professor Farrago wanted to see me a moment; so I put my pipe into my pocket again and retraced my steps to the temporary, wooden building occupied by [3]Professor Farrago, general superintendent of the Zoological Gardens. The professor, who was sitting at his desk before a pile of letters and replies submitted for approval by me, pushed his glasses down and looked over them at me with a whimsical smile that suggested amusement, impatience, annoyance, and perhaps a faint trace of apology.

"Now, here's a letter," he said, with a deliberate gesture towards a sheet of paper impaled on a file—"a letter that I suppose you remember." He disengaged the sheet of paper and handed it to me.

"Oh yes," I replied, with a shrug; "of course the man is mistaken—or—"

"Or what?" demanded Professor Farrago, tranquilly, wiping his glasses.

After a silence he leaned back in his chair and bade me read the letter to him again, and I did so with a contemptuous tolerance for the writer, who must have been either a very innocent victim or a very stupid swindler. I said as much to Professor Farrago, but, to my surprise, he appeared to waver.

"I suppose," he said, with his near-sighted, embarrassed smile, "that nine hundred and ninety-nine men in a thousand would throw that letter aside and condemn the writer as a liar or a fool?"

"He isn't—in mine," said the professor, placidly.

"What!" I exclaimed. "Here is a man living all alone on a strip of rock and sand between the wilderness and the sea, who wants you to send somebody to take charge of a bird that doesn't exist!"

[4]"How do you know," asked Professor Farrago, "that the bird in question does not exist?"

"It is generally accepted," I replied, sarcastically, "that the great auk has been extinct for years. Therefore I may be pardoned for doubting that our correspondent possesses a pair of them alive."

"Oh, you young fellows," said the professor, smiling wearily, "you embark on a theory for destinations that don't exist."

He leaned back in his chair, his amused eyes searching space for the imagery that made him smile.

"Like swimming squirrels, you navigate with the help of Heaven and a stiff breeze, but you never land where you hope to—do you?"

Rather red in the face, I said: "Don't you believe the great auk to be extinct?"

"Who has seen a single specimen since?"

I laughed, too, considering the interview at an end, but the professor went on, coolly:

"Whatever it is that our correspondent has—and I am daring to believe that it is the great auk itself—I want you to secure it for the society."

When my astonishment subsided my first conscious sentiment was one of pity. Clearly, Professor Farrago was on the verge of dotage—ah, what a loss to the world!

I believe now that Professor Farrago perfectly interpreted my thoughts, but he betrayed neither resentment nor impatience. I drew a chair up beside his [5]desk—there was nothing to do but to obey, and this fool's errand was none of my conceiving.

Together we made out a list of articles necessary for me and itemized the expenses I might incur, and I set a date for my return, allowing no margin for a successful termination to the expedition.

"Never mind that," said the professor. "What I want you to do is to get those birds here safely. Now, how many men will you take?"

"None," I replied, bluntly; "it's a useless expense, unless there is something to bring back. If there is I'll wire you, you may be sure."

"Very well," said Professor Farrago, good-humoredly, "you shall have all the assistance you may require. Can you leave to-night?"

The old gentleman was certainly prompt. I nodded, half-sulkily, aware of his amusement.

"So," I said, picking up my hat, "I am to start north to find a place called Black Harbor, where there is a man named Halyard who possesses, among other household utensils, two extinct great auks—"

We were both laughing by this time. I asked him why on earth he credited the assertion of a man he had never before heard of.

"I suppose," he replied, with the same half-apologetic, half-humorous smile, "it is instinct. I feel, somehow, that this man Halyard has got an auk—perhaps two. I can't get away from the idea that we are on the eve of acquiring the rarest of living creatures. It's odd for a scientist to talk as I do; doubtless you're shocked—admit it, now!"

But I was not shocked; on the contrary, I was [6]conscious that the same strange hope that Professor Farrago cherished was beginning, in spite of me, to stir my pulses, too.

The professor and I looked hard at each other in silence.

"Go on," he said, encouragingly.

But I had nothing more to say, for the prospect of beholding with my own eyes a living specimen of the great auk produced a series of conflicting emotions within me which rendered speech profanely superfluous.

As I took my leave Professor Farrago came to the door of the temporary, wooden office and handed me the letter written by the man Halyard. I folded it and put it into my pocket, as Halyard might require it for my own identification.

"How much does he want for the pair?" I asked.

"I know," I said, hastily, not daring to hope too much.

"One thing more," said Professor Farrago, gravely; "you know, in that last paragraph of his letter, Halyard speaks of something else in the way of specimens—an undiscovered species of amphibious biped—just read that paragraph again, will you?"

I drew the letter from my pocket and read as he directed:

"When you have seen the two living specimens of the great auk, and have satisfied yourself that I tell the truth, you may be wise enough to listen without prejudice to a statement I shall make concerning the existence of the strangest creature ever fashioned. I will merely say, at this time, that the creature [7]referred to is an amphibious biped 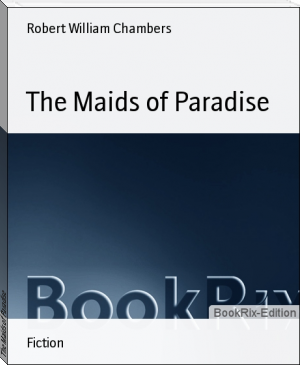