All rights reserved. No part of this book may be reproduced in any form by any electronic or mechanical means, including information storage and retrieval systems, without permission in writing from the copyright owner, except by a reviewer who may quote brief passages in a review.

“Are you excited?” Jason asked as he looked over at Sam.

Her dark eyes met his from the passenger seat. “It’ll be nice to get off the road.” Sam’s hand reached for Jason’s lap as she turned her gaze out the window and towards the city. “That was a long drive.”

When they met three years prior, it was like two worlds colliding. Fireworks and lighting and all the cliché love analogies. Neither of them believed it could happen until it did. Love at first sight. It was the type of thing that people on the outside look at and judge. “How could they fall in love so quickly?” people would ask sarcastically, rolling their eyes. “That was fast.” But Sam and Jason didn’t care. They could not ignore the deep stirring within them.

“Did we actually just move to the other side of the country?” Sam asked.

The move made sense to Samantha on many levels, and she had considered everything thoroughly before finally agreeing. Jason had a better, higher-paying job waiting, and no doubt she would find something quickly too. More money was always good, but Samantha was also ready for adventure, for change. The city was a great choice, beautifully nestled among some of the world’s most gorgeous landscapes. Seattle had almost everything they needed.

“I miss them already,” Samantha said.

She was close to her parents. They had always been there for her, and she knew it hurt them deeply when she broke the news. But they understood. Her father immigrated from Japan when he was a teenager, so he knew about travel and adventure and craving something new. Her mother, though, was a homebody. Her family had lived in that small, North Eastern town for generations. Still, she could understand the draw of something different.

“Yeah…I’m sorry, babe. That’s the only thing that sucks. We don’t know anyone out here,” Jason responded.

He knew he would miss his family and friends as well, but he was convinced this was the right move. “Like we said, though. Nothing is stopping us from packing up and moving back if we don’t like it here.”

“Yes,” Samantha agreed. “We need to experience life and all it has to offer while we’re still relatively young, right?” she chuckled. “That is, until you knock me up, and we’re forced to put our dreams and ambitions aside to take care of the kids. I’ll get all old and fat and tired looking, and you’ll cheat on me with your young, sexy secretary.”

“OK!? Don’t deny it or anything!” Samantha protested, but she knew Jason would never cheat. Every relationship had its challenges, though, and theirs was no different. Even though Sam and Jason fell madly and deeply in love from the very beginning, they still had disagreements. Jason often spoke before thinking, and Sam could become offended quickly. They could both be very stubborn as well, which meant fights lasted longer than they needed to. But one thing was sure in both their minds, unwavering and true; they were deeply in love.

“That’s true,” Jason agreed. “We’ll fly back in a few months for a visit once we settle in. He paused. “You’re good, right?”

“Stop asking that.” Samantha rolled her eyes. “You know I wouldn’t have come if I didn’t want to.”

“I know, just checking in,” Jason said. “I think this is our building.”

As he eyed the tall building up ahead, he thought about how this all came to be. Late the previous year, Jason was approached by a Seattle-based software company that asked him to fly out to check out their operations. He obliged, and Samantha went along. By the time the trip was over, Jason had an attractive job offer and Samantha had a good idea about what neighborhoods she liked. The couple had truly made up their minds by the time the plane took off to take them back home. The only real negative they could see was leaving their friends and family behind. But better jobs, more money, a warmer climate, and the thrill of adventure was too much to pass up. After all, they agreed, they could go home any time if they wanted to.

As they pulled into a spot in front of the building, Samantha remarked, “It’s weird that we’re moving to an apartment that we’ve never seen.”

“We have pictures and videos and had a virtual tour.”

“You know what I mean,” Samantha said as she examined the height of the building. “We don’t know how it… feels.”

“Well, you said you liked the neighborhood and the pictures and video of the place. You liked the furniture, and the building management was professional and friendly and got great reviews online. It’s also why we only signed a six-month lease. So we can test things out. Make sure we like it out here,” Jason explained and added, “But yeah, it’s weird.”

Samantha and Jason had sold most of their furniture before the move. They’d decided it would be best to rent a 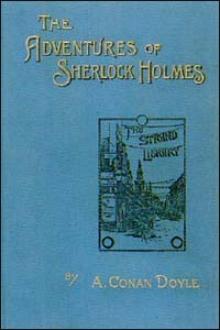