Join my email newsletter to receive a free ebook of the epic fantasy novel, Dragon Atlas.

Read books before they’re on Amazon, see exclusive artwork, and check out sneak peeks into my writing process on Dante King’s Patreon.

Become a Patron today at: https://geni.us/DanteKingPatreon

“You better break out

the bourbon and rye,

I'm telling you why;

The Chaosbanes are comin’ to town!”

Sitting out on the porch of our fraternity house with a steaming mug of Papa Djinn’s Extra Pungent Roast, I snorted as Igor Chaosbane walked past me and tossed another battered suitcase out onto the garden path.

Igor had been humming and singing carols for the past two hours, ever since we had all convened in the cavernous kitchen of my parents’ old house and prepared to part ways for the holiday break. It had not escaped me that this Yuletide carol of his was sung to the same tune as ‘Santa Claus is Coming to To Town’, but when I mentioned this to him, I received only a blank stare in return.

The Yuletide season had fallen upon the Mazirian Academy with all the abruptness and subtlety of a landslide engulfing a Swiss ski resort. The sleepy town of Nevermoor, which clustered at the feet of the hill on which the Academy squatted, was festooned with genuine, multicolored fairy lanterns—made and enchanted by real-life fairies. The thatched cottages—which were quaint at the best of times—were now covered with thick, fluffy blankets of snow. They now looked like iced gingerbread houses built by the type of mythical twee, plump grandmother-like baker who had maple syrup running through her veins and tinsel coming out of her butt.

“Why does Igor have so many suitcases?” I asked Nigel Windmaker as Igor disappeared back inside. “I swear he’s been wearing the same shabby duster ever since we met him.”

The halfling and I were sitting out on the front porch and watching the fat white flakes of snow drift down from a leaden sky stuffed from horizon to horizon with bulging clouds. The clouds looked like they could carry on snowing pretty much indefinitely. Whatever weird deity or god or mad mage who controlled the weather over the kingdom of Avalonia was clearly getting into the spirit of things.

Nigel sighed unconcernedly and shrugged. He took a sip from his own gently smoking mug of ember root and candied catnip tea. It smelled like cough syrup that had passed through a camel, but Nigel insisted it was extremely good for you. I had decided to take the Wind Mage’s word for it and stick to the new coffee that Bradley Flamewalker had recently purchased.

“He can have as many suitcases as he likes,” Nigel said. “The important thing is that we get a whole week away from the Academy, from study, and from any nutso adventures that might raise their ugly heads.”

I thought that last part was optimism bordering on the dangerously foolish, but I didn’t say anything. No point bringing my buddy down to earth like that. It was Yuletide after all.

“And you and Damien are really going to Earth?” I asked.

Nigel turned to beam excitedly at me. His glasses had fogged up due to the steam coming off his hot drink, and he pulled them off and polished them.

“That’s right,” he said. “Me and Damien are heading to another world! I can’t freakin’ wait, Justin! There are so many things that I want to see, what with everything you guys have told us about it.”

“That return portal must have cost you a pretty penny,” I said. “Not to mention a fair bit of wrangling with the B.I.T.”

The B.I.T. was short for the Bureau of Inter-Macrocosm Travel. It was the branch of thaumaturgical law enforcement on Avalonia responsible for organizing portals to and from different worlds. Like all good departments of government, it was slow, ineffective, and expensive, and somehow made something that should have been super cool—magical interplanetary travel, in this case—wrist-slittingly boring.

“Yeah, there were a lot of pointless forms to fill out,” Nigel said as a gust of wind flurried the falling snow this way and that. “And it cost a damned packet, but my parents’ estate pays me a reasonable allowance and I’ve been saving it up.”

“And Damien gets a free holiday,” I said.

Nigel grinned and took another sip of his foul-smelling tea. “I like to think that he’s going to be working too. I intend to live it up and turn this big old brain of mine down to low simmer. It’s why I’m bringing him along. I want someone who knows all about Earth customs; etiquette and manners, that sort of thing.”

“Where’s the portal spitting you out?” I asked.

Nigel’s brow furrowed briefly. “Damien said it would be smart to start off in a place that he knows, his old stomping ground. The City of Angels, I think he called 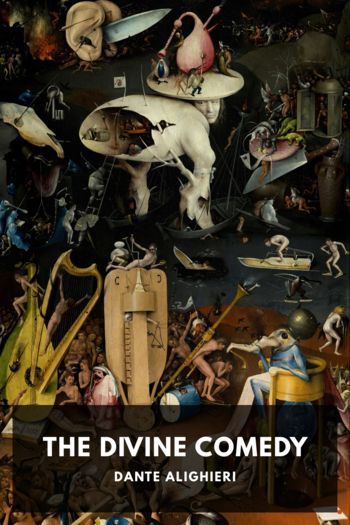