The Island of Dragons

The snow began at midnight, falling thick and strong through the still air. Where it landed on the ocean it lingered for just a second, before melting away, but in the compound it settled, and the sand was cold and dry enough that it stuck there too. Only a strip of beach remained at the water’s edge, where a whisper of swell pushed a tongue of seawater in and out. Just beyond it stood a figure, shining a flashlight out into the night.

A million snowflakes were illuminated in the light, dropping in perfect stillness through the windless air. Beyond them, many billions more, but also winks of color – the buoys marking out the prohibited area, flashing red in their steady beat. The figure watched the show for a while, marveling in the beauty, listening to the silence. But not too long, he was diligent, even after twenty years working here. He redirected his light, shining it over the high metal fence, checking, always checking. The reverse side of the signs reflected silver back at him, their painted sides faced outwards, warning that the compound was strictly private, protected by CCTV, alarms, and armed security guards. But the truth was Keith Waterhouse – the senior security guard – had never once had to fire his weapon. He’d only even drawn it once from its holster – years before, when he was unused to the animals that sometimes shuffled in the darkness during his nightly patrols. And because there were so many of them – rabbits, foxes, stoats and even small deer – then the stories he’d heard, about the pollution, about how this place was dangerous… well, he saw no reason to believe them.

Keith was a big man, but heavy set rather than overweight. He shifted inside his thickly padded jacket and turned back the other way, shining his light now on the dark, silent shapes of the buildings set back from the beach. Their outlines were softened tonight by the covering of snow. There were no lights here, the plant didn’t work twenty-four hours, meaning it was only him and Miguel here, his younger, and much newer colleague. Miguel was back in the well-lit and warm control room, which protocol demanded was manned at all times. Miguel was an immigrant from Mexico – or somewhere down that way – and he didn’t like the cold. Keith smiled at the thought. As he did so his flashlight illuminated the fog of warm air from his breath, sending a flurry of snowflakes billowing in every direction.

Keith turned and laid a second trail of footprints back up the beach to his truck. He brushed away the snow which had accumulated on his jacket and climbed in, then he clumped his boots together before swinging his legs inside. Then he started the engine and continued his way along where he knew the perimeter road lie, a couple of inches under the snow.

He kept the headlights dipped. Otherwise they just lit up the universe of fluttering white, but it wasn’t hard going. He could follow the truck’s own tire tracks, made on Miguel’s earlier round when the snow was thinner. They were partially hidden now, but still showed. Even if they disappeared altogether, the road was marked out by wooden posts every fifty yards, painted with reflective paint. He felt quite relaxed, inspired and grateful for the beauty his job sometimes presented him with. He began to whistle.

A second later, he stopped. Ahead of him, clearly visible in the snow was something that shouldn’t be there. A set of fresh boot prints crossing the road. It took him a moment to make sense of it. Even then, he was slow to react. Dangerously slow.

“Hey Miguel,” he got on the radio. “Did you get out? By the generating equipment?”

A delay, a buzz of static, then the slightly accented voice of his colleague. “Get out?”

“Of the truck. Did you have a walk about? I can see footprints.”

Keith pressed the button to transmit, but then released his finger, thinking. Miguel was a joker. He shouldn’t joke about something like this, but he was young, and unlike Keith, he found the job dull. Chances were, Miguel had laid the tracks, and was now denying it, in order to wind up his older colleague.

“What kind of footprints?” Miguel’s voice came through the radio now, and there was something in the words that told the story. Hard to pin down, maybe a little too casual. Keith smiled and shook his head.

“Oh no you don’t amigo.” He said it aloud, but not into the radio. He wondered how Miguel had done it. He must have stopped the truck somewhere to get out, and Keith couldn’t work out where, and how he’d missed it. But then he figured it out.

He got out again, leaving the engine running this time, with the lights on. Miguel had stopped the truck up ahead, then doubled back here, probably walking along by the perimeter fence to play his trick. Keith shone his flashlight into one of the boot prints. It was smaller than his own size-twelve imprint. Miguel had small feet. Pigeon foot, he’d called it when Keith pointed it out. Smiling, and confident he had it worked out, Keith grabbed the radio again. He would play along a while.

“We have a single intruder in the compound. Kinda small feet though. Doesn’t look very threatening.”

He ignored the put-on confused response from his colleague. He would follow the prints from here to where Miguel had stopped the truck. It was a nice excuse to get back out in the gentle snowfall.

As he walked towards the fence his boots crumped through the fresh snow, his own boot-prints sharper and more defined that those he was following. Though there was enough definition to make out that the two sets of prints were going in opposite directions. 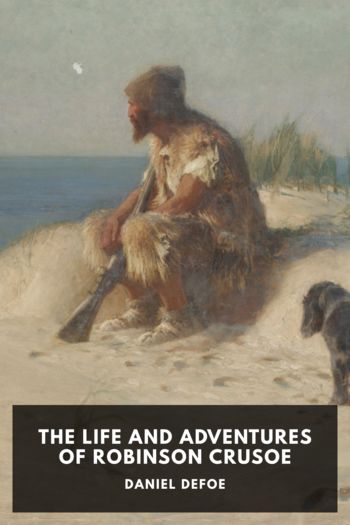